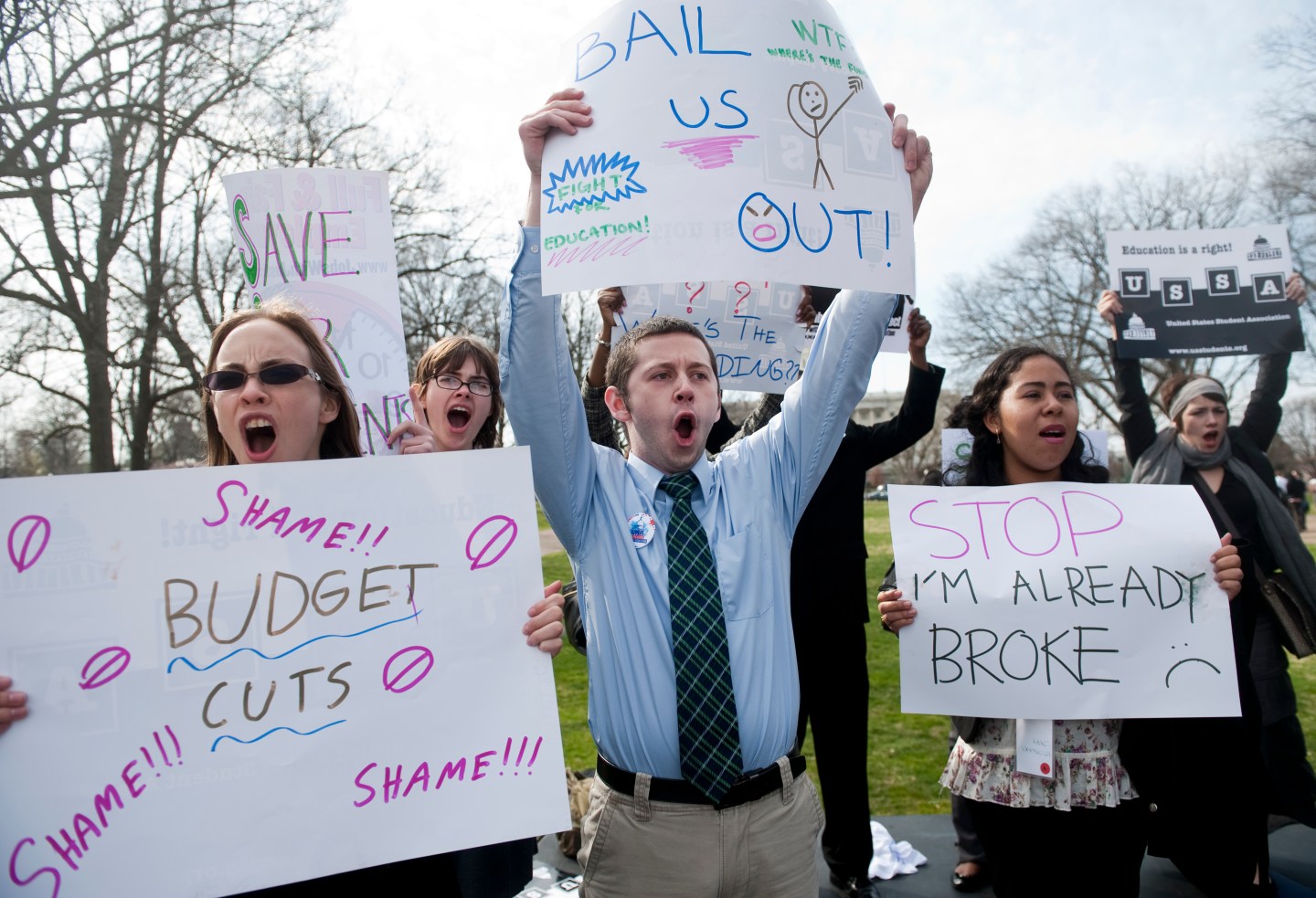 Even years after the end of the recession, state budgets for higher education are still suffering.

Since the Great Recession, when states slashed their budgets for public higher education, support for public universities remains far below pre-2008 levels. Between 2008 and 2015, state spending on average per student decreased by more than one-fifth, according to a new study by the millennial advocacy group Young Invincibles.

The study echoed previous findings by the Center on Budget and Policy Priorities that were released this May and found that many state universities had increased tuition to make up the loss in state funding. They’ve also taken steps to cut administrative positions and courses, increase class size, and eliminate programs or departments. According to that report, annual tuition at four-year public colleges has increased by 28 percent since the recession, since state funding and student tuition are the two main sources of revenue for public schools.

The combination of low state funding and rising tuition means that families shoulder the burden of their children’s education much more than before the recession, according to Young Invincibles. While students and their families paid a little over one-third of the costs of public education in 2008, in 2014, that share rose to one-half. “A competitive America needs an educated and skilled workforce, and not one crippled by student debt,” Tom Allison, the deputy director of policy and research at Young Invincibles, said. “How states support and invest in their public colleges now will have significant impacts decades down the line.”

Of course, with each state making its own budget decisions in relation to its public colleges, there are vast disparities between states. Two states—Alaska and North Dakota—spend as much as they did before the recession on public education. But Louisiana and Alabama cut their support for public universities the most, by 41% and 39%, respectively. They also ranked among the states that increased tuition the most, with Louisiana increasing tuition by 66% and Alabama hiking college costs by 46%.