11 Easy Ways to Be More Successful 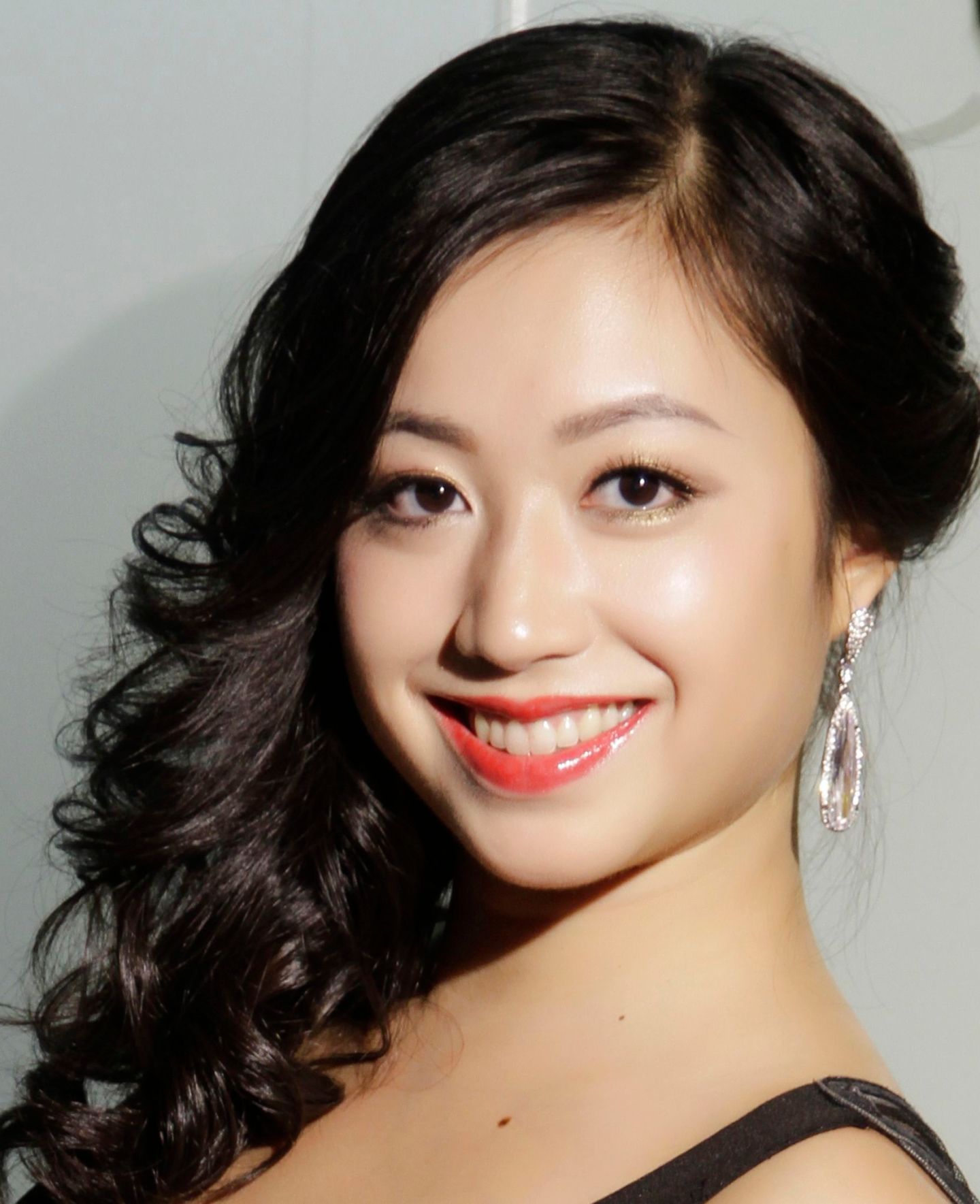 The Entrepreneur Insider network is an online community where the most thoughtful and influential people in America’s startup scene contribute answers to timely questions about entrepreneurship and careers. Today’s answer to the question “What’s something you wish you knew before starting your business?” is written by Lisa Wang, cofounder of SheWorx.

The image of a successful entrepreneur often brings with it a glamorous sheen of adventure, freedom, office nap pods, and Ping-Pong tables. But when I founded my first startup, I quickly realized that every entrepreneur has vastly different notions of what success means. For some, it means the ability to dictate their own schedules, for others it means raising massive funding rounds, and for many it simply means creating sustainable lifestyle businesses they can call their own. In contrast to the strictly measured success I was used to in a corporate environment, success suddenly became, in effect, whatever I wanted it to be, measured in whatever metrics I deemed important to me and my business. This freedom was both a blessing and a curse, and as a founder, my path constantly spiraled back and forth, mired in self-doubt, insecurity, forced positivity, and sleepless nights.

As I reflect on what I’ve navigated over the course of the past year—launching my first company, building up a team, finding product-market fit, hiring and firing my first employee, pitching investors, networking to no end, forcing myself into intensely uncomfortable situations, selling when I didn’t want to sell, and reaching out for conversations—I realize that success is really what you make of it, along with the values, people, and lessons you construct your life upon. Here are a few of the beliefs I have learned to construct mine upon this year:

Figure out what it is you care about

Success is liking what you do, who you are when you do it, and how you do it. It is extremely hard to succeed in something that you don’t care about. Figure out what you care about—or even what you are slightly curious about—and let that be your guide.

Expect less, but do more

This is seemingly at odds with the “dream big” mantra, but both can exist together. To dream big is to set a purposely high bar for yourself, something that will push you forward during even the lowest times. However, formulating that dream is only the first step. The downfall often comes when you expect too much from yourself, from other people, and from situations out of your control. I always advocate for doing whatever it takes to succeed, but make sure you temper your expectations along the way.

See also: The One Regret Everyone Has After Starting a Business

Push your limits and do whatever it takes

If you don’t do it, nobody will. For our beta tests, I rode around downtown Manhattan on a bike with a backpack full of burgers and dumplings and personally delivered food to customers until 3 a.m. I had never ridden a bike in New York City before that day. I forced myself to apply to every single pitch opportunity even though I’ve always despised public speaking. I’ve pitched so many times in the past year that I actually enjoy it now. Put yourself in uncomfortable situations. Just do it and you will grow.

Prioritize and don’t let little things get to you

What are your big goals for today? For this week? For this month? For this year? For your life? The visions you set for yourself will have a trickle–down effect and allow you to prioritize your days accordingly. Having this focus is often the difference between having or not having a productive day/month/year. As distractions come up, ask yourself if they’re in line with your vision. If not, let them go and don’t dwell. If you make a mistake, learn, and move on. This, too, shall pass.

Know what you bring to the table

I am often my own harshest critic, and on the lowest days, I manage to talk myself into a deep hole of negativity—until I catch myself. I counteract negative internal dialogue by reinforcing the traits that have helped me succeed thus far. What brings me joy? What do people always compliment me on? What am I good at? Actually taking the time to write these things out and distilling them into a short pitch can bring you confidence even when you’re sitting at a table where you feel unqualified.

If there was any day to let go of toxic people in your life, it was yesterday. Do it now and don’t look back. The people you surround yourself with should be bringing you up—not holding you back. I used to have “friends” who, with tight, fake smiles, half-heartedly congratulated me when I succeeded. As a result, I learned that success was a zero-sum game, and believed friendship was built upon competition. That belief was shattered when I finally let those people go and discovered friends who showed me empathy, kindness, and genuine delight when I did well. The outer conditions of your life will always affect your inner beliefs. Make sure you’re proud of those beliefs.

It goes without saying, but too many people do not actually show or practice this. Maybe it’s because we think our actions don’t have long–term effects, or maybe it’s because we are an increasingly self-absorbed, social-media driven society. Whatever it is, it’s still no excuse. Do what you say you’re going to do, don’t leave people hanging, be respectful, and apologize if you did something wrong.

Stop comparing yourself to other people

This goes back to the idea that there is not a singular definition of success. People will project their best selves—not their worst selves—in public, and you’ll never really know what others are struggling with underneath their shiny images. Refrain from judging and avoid comparing. Jealousy is the most insidious emotion and does nothing but harm yourself and others.

Be direct and communicate clearly

Never has this been so apparent until I began running a small team. Everything I did, everything I said, and even how I said things affected the team. Most of the time, there’s really no point in dancing around an uncomfortable subject. Unlike the corporate world, there is simply no room for simmering grudges. Seemingly small annoyances only get worse, and if not addressed head on, become major problems over time.

Nurture your close friendships and value them above all else

I could not have gotten through this uncertain maze of a year if I didn’t have my closest friends who took all of my obsessive work habits, emotional turbulences, and philosophical tirades in stride. Throughout it all, I made sure I was open about my availability (or lack thereof), expressed my appreciation, and shared whatever lessons I was learning along the way.

There will always be critics, naysayers, doubters, and haters. Pay them no mind. What does success look and feel like to you? Formulate your vision, stick to your values, own your strengths, surround yourself with good people, and charge forward with all of the energy and tenacity required to turn your dreams into reality. The rest is simply noise.

Lisa Wang is the cofounder of SheWorx, a collective of ambitious female entrepreneurs and changemakers redefining a new wave of leadership. She also founded Fooze, a late-night food delivery startup in NYC. She is a U.S. Hall of Fame Gymnast, 3x US National Champion Gymnast, former hedge fund analyst, and a graduate of Yale University.

Striving for Perfection Can Ruin Your Chances at Success by Diana Murakhovskaya and Irene Ryabaya, cofounders of Monarq.

The Painful Truth About Starting a Business by Suneera Madhani, founder and CEO of Fattmerchant.

This Should Be Your No. 1 Focus When Starting a Businessby Christy Johnson, founder of Artemis connection.

The Easy Way to Stop Wasting so Much Time by Greg Sewitz, cofounder of Exo.

The Real Reason so Many Businesses Fail by Catherine Bell, cofounder of BluEra.

Here’s How to Know Your Business Is Headed for Disaster by Andrew Ackerman, managing director of Dreamit New York.

Here’s Why You’re so Discouraged With Your Career by Simon Berg, CEO of Ceros.

Doing This for an Hour Each Day Can Make You More Successful by Dennis O’Donnell, cofounder ofPAW5andClear-Coat.

Why This Entrepreneur Doesn’t Regret Leaving His Successful Business by Chris Boehner, founder and CEO of Western Natural Foods.

The Most Important Thing You Can Do Before Starting a Business by Josh Reeves, cofounder and CEO of Gusto.

The Important Business Lesson Too Many Leaders Ignore by Aidan Fitzpatrick, founder and CEO of Reincubate.

What Google and Richard Branson Can Teach Us About Success by Alexander Goldstein, founder and CEO of Eligo Energy.

Here’s Why You Should Start Working Less by Erik Severinghaus, founder and CEO of SimpleRelevance.

The Dangerous Mistake Too Many Leaders Make by Fayez Mohamood, cofounder and CEO of Bluecore.