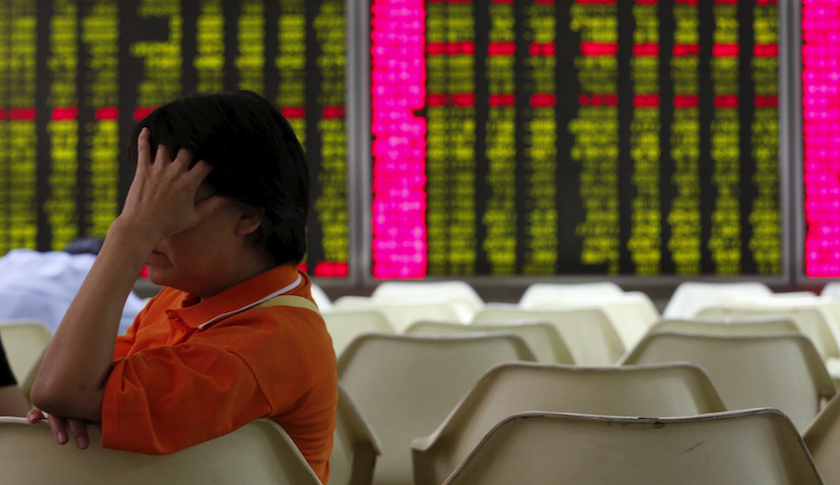 An investor sits in front of an electronic board showing stock information at a brokerage house in Beijing.
Photograph by Kim Kyung Hoon — Reuters

Somebody must have forgotten to eat their black-eyed peas on Friday, because the year is off to a very inauspicious start. Global markets got pummeled on Monday, and massive intervention by the Chinese government slowed – but didn’t stop – the rout this morning.

It’s wasn’t just the old economy that suffered. Amazon (AMZN) shares fell 6%, despite reports the company had a stellar holiday selling season. Tesla (TSLA) shares plummeted, too. And all those venture capital types hoping to exit unicorn investments this year have to be discouraged as well. Dan Primack looks at the troubled outlook for IPOs here.

But Steve Gandel says don’t panic yet. The first trading day of the year isn’t a particularly reliable indicator for the coming year.

Geopolitics is also off to a bad start in 2016. The confrontation between Saudi Arabia and Iran threatens to undermine efforts to cool the conflicts in Syria and Iraq. And China further heralded the New Year by landing an airplane on one of the island runways it built in a disputed section of the South China sea.

One subject of hot dispute is what all this means for the price of oil in 2016. Oil prices rose on Monday, but then fell back this morning, shrugging off tension in the Middle East. Predictions for which way oil prices will move this year continue to gush in all directions. But it’s worth noting that BP (BP) CEO Bob Dudley, who has been a bear on oil prices since last summer, told the BBC this weekend that prices may bottom out in the first quarter of the year.

I’m dealing with the year’s lousy launch by leaving this morning for the land of dreams – Las Vegas – where 175,000 people have gathered for the annual tech fest at the Consumer Electronics Show. Auto makers grabbed the first day’s headlines at the event, with news from GM (GM) and Ford (F) (including GM’s decision to give Mary Barra the chairman’s title.)