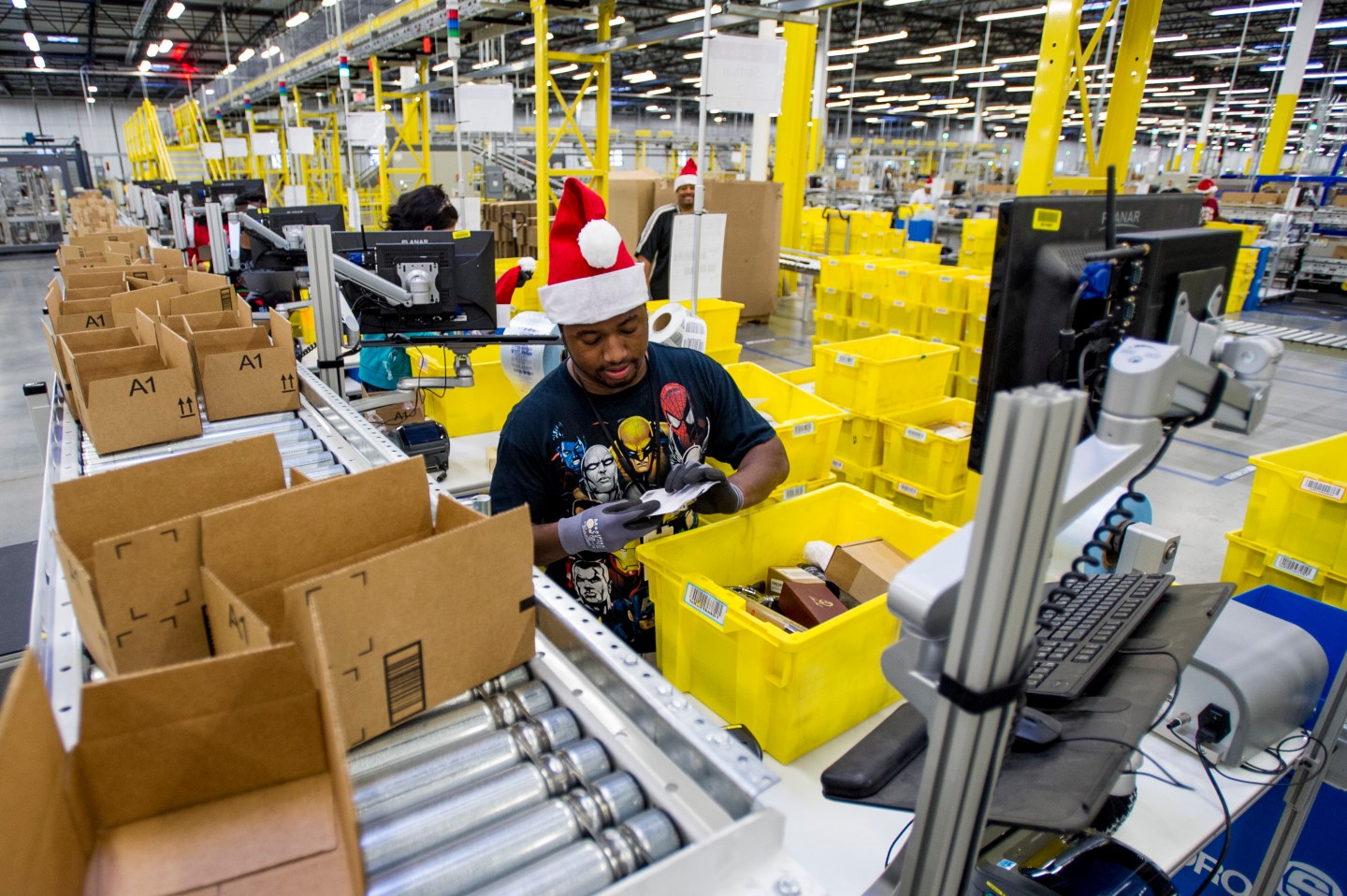 Looking back over the past 12 months, it would be easy to label 2015 a year in which shareholders found their voice and exercised remarkable power over corporations.

Looking at December alone, Apple gave shareholders, under certain conditions, the right to nominate board members on the company’s ballot. And Carl Icahn “pressured” Freeport McMoRan’s co-founder James Moffett off the company’s board.

But such thinking oversimplifies a far more complicated reality. In fact, for every corporate governance decision that offered a potential sign of bright things to come, there were several signals that employees and investors shouldn’t get too confident. Here’s a rundown of what the corporate world gave us in 2015.

The language used to describe shareholders muddled up much of the conversation, a problem corporate governance advocate Robert A.G. Monks described in a 2015 speech entitled “Careless Language.”

In 2015, the term “shareholders” failed to draw the distinction between individual investors, people like you and me, and those who manage our money in mutual funds and pension funds. While most power gains accrued to the institutions and big players, an SEC decision at the end of 2015 did give mutual fund investors greater ability to hold funds more accountable, as part of a larger movement to empower individual shareholders.

The term “activist shareholder” was also confused in 2015. It was primarily used to refer to the Carl Icahns and Nelson Peltzes of the world, who showed up on corporate doorsteps demanding strategy changes and board seats. In 2015, some corporate managers embraced these “activist shareholders,” in part because they shared a similar goal of achieving profits at all costs. But no distinguishing term accounted for the larger number of activists who worked patiently behind the scenes, who submitted proposals for the annual proxy when those negotiations failed, and who, if the newly adopted rights to nominate board members are put to use, will be the ones to watch. CtW Investment Group director of corporate governance Michael Pryce-Jones told me that these patient activists received less welcoming receptions from corporate managers than the raiders. And adding insult to injury, some of the patient ones wound up blindly supporting the louder activists, despite their divergent agendas.

In 2015, corporate boards struggled with complicated issues like cybersecurity and technological changes. Employee relations and changing value systems also posed challenges to business leaders. Front and center in that debate was a story published by the New York Times about Amazon’s work culture.

Many board members applauded the single-minded achievement orientation at Amazon that the Times described. But the article put those narrow values under a spotlight, likely making it more difficult for other employers to use similar tactics without resistance. While Bezos said the Times article didn’t look like the company he knew, Glassdoor comments from former employees published before the Times article was released described the stressful, long hours at the company.

Part of the heated debate over Amazon’s culture focused on remarks Bezos delivered to Princeton grads in 2010 in which he discussed the importance of conscious kindness, telling them “cleverness is a gift, kindness is a choice.” Bezos’ story raises an important governance issue for boards to address: that those in managerial positions for whom kindness does not come naturally should have others working beside them who excel at it and who will step into the breach to ensure that, in the end, the right management decisions are made.

Employees get an inch, CEOs get a mile

Like shareholders, employees supposedly gained more power this year as well, but slack in the labor markets remained. And although wage advocates like Fight for $15 did achieve victories, for many other employees big boosts to pay didn’t materialize. Despite this lack of real wage pressure, in 2015, the Federal Reserve raised interest rates, bowing to pressure from banks and investors.

In 2015, corporate boards continued to apply one size fits all policies to executive compensation programs, providing huge stock piles to CEOs based on their ability to produce easily manipulated measurements of financial success, like EPS (earnings per share). CEOs also managed to receive pay hikes while employees got the boot. “While Air Products was busy slashing hundreds of jobs in 2015, the Trexlertown-based company’s top executives were banking double-digit increases in their pay packages,” Morning Call reported on Dec. 29.

While CEOs at many companies managed to receive handsome pay raises, the notion that a company needs a CEO at all was eroded at other firms. Fortune reported on Dec. 23 that Abercrombie and Fitch, which has been CEO-less since the end of 2014, wouldn’t hire a new CEO in the near term. Bob Evans went almost the entire year without a CEO before naming one in November. And on Dec. 28, Reuters reported that “Valeant will be run by a group of executives until its CEO returns” from medical leave.

Meanwhile, management teams at companies across the country continued to try to force employee collaboration by using failed cookie-cutter solutions like open-floor plans and bans on working from home. Has Yahoo CEO Marissa Mayer’s 2013 decision to ban working at home driven innovative strategies that have moved that company to new heights? Exactly.

Corporate trust: A work in progress

Contrary to their statements, in 2015, the Justice Department and the SEC continued to fail to take actions that would build trust in the capital markets, specifically in the areas of white collar crime and corporate disclosure. At the end of the year, Congress jumped in, passing legislation that delayed the SEC’s ability to finalize a proposal that would require public companies to disclose their political spending. On the bright side, the deferral provides a breather to ensure that the disclosure requirements the SEC finally does impose contain no loopholes or wish-washy language.

Shareholders did manage to win a monetary settlement in an important case that had accused J.P. Morgan CEO Jamie Dimon and other executives of failing to tell the truth about known risks and losses in its investment portfolio. But the Justice Department and the SEC failed to make visible progress on the investigation of Walmart’s Foreign Corrupt Practices Act disclosures.

Accounting was also under fire with record problems in corporate audits and fears that the SEC would make matters worse. In 2015, a huge accounting scandal at Toshiba came to light and the company is still suffering the consequences. In a quarterly filing in December, Walmart reported that it was still working on the material weakness in its internal controls. “As remediation has not yet been completed, our Chief Executive Officer and Chief Financial Officer have concluded that our disclosure controls and procedures continued to be ineffective at a level that provides reasonable assurance,” Walmart said.

Led by the New York attorney general, an investigation of Exxon did ramp up this year related to its disclosures on the risks of climate change. Perhaps in 2016, corporations will be held even more responsible for the social impact of their business moves. (Certainly, the current SEC chair is unlikely to step up in that regard.) For the most part, corporate boards today are unprepared and many will resist expanding accountability for the human and environmental impacts of their products and operations. At the same time, companies with blinders on will fail to anticipate the swift strategic shifts brought by competitors that seek to do better by doing good.

On a positive note, the SEC adopted a Dodd-Frank rule that will require companies to disclose employee median pay. Companies without strong financial discipline will need to learn how to calculate this figure. And with this information, employees will be able to tell whether the median pay they receive is more or less than what members of the company’s board receive.

For example, an employee at Regeneron Pharmaceuticals will be able to compare their company’s median pay to that of the chair of their company, Roy Vagelos, who brought in $20.5 million in 2014, according to The Boston Globe. According to the company’s proxy, other members of the board earned between $1.8 and 2.9 million. The board met seven times in 2014, the audit committee and the compensation committee each met 10 times, the governance and compliance committee five times, and the technology committee convened twice. Who says people can’t be productive working from home?

In light of a recent Facebook shareholder lawsuit over excessive director compensation, some board members are predicting that in 2016 there may be an increase in shareholder proposals demanding a say on board member pay.

Looking ahead, the elections in 2016 may adjust the speed of governance change. But no matter who is elected, one reality remains. As Fortune reported in November, the “majority of Americans don’t like capitalism.” “Only 30% of Americans think that what is good for business is good for society generally, and 65% of Americans think that most of the world’s biggest businesses have taken unethical actions” while “55% believe that in a capitalistic system the rich get richer and the poor get poorer.”

The challenges in 2016 for capitalism and corporate governance will remain the same as they were in 2015. Business leaders need to build trust with shareholders and employees by strengthening board, executive, and money manager accountability, competence, and ethics. This will require leaders to broaden and refine their notion of what true success looks like.