Just How Bad is the Job Market Anyway? 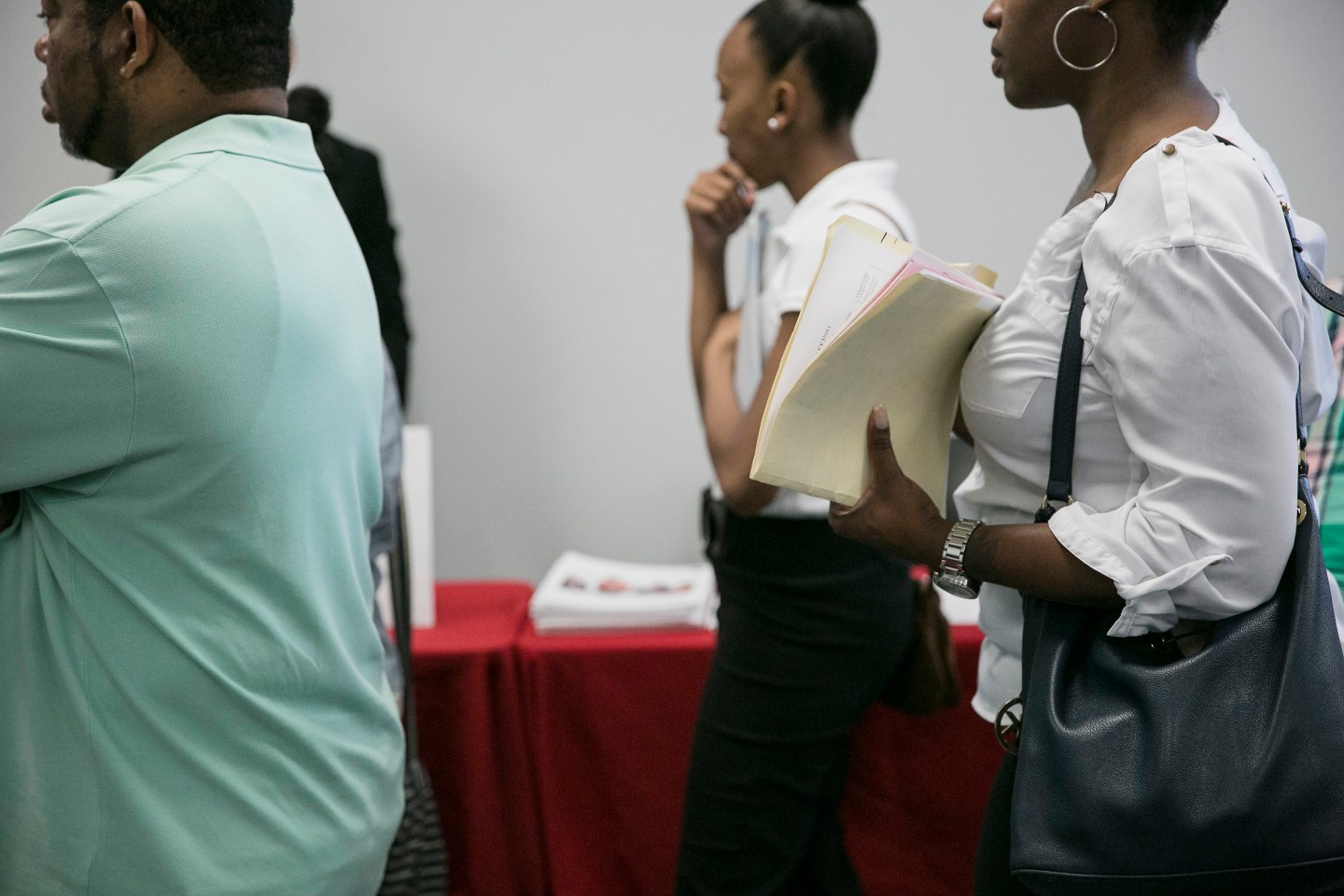 Job seekers line up to speak with representatives during a weekly job fair event in Dallas, Texas, U.S., on Wednesday, Sept. 2, 2015. Filings for U.S. unemployment benefits rose more than forecast to an eight-week high, representing a pause in a trend of more muted firings. Photographer: Laura Buckman/Bloomberg via Getty Images
Photograph by Laura Buckman—Bloomberg via Getty Images

Friday’s jobs report could very well be one of the most consequential since the runup to the 2012 election.

That’s because it will be one of the few remaining data points that Federal Reserve Chair Janet Yellen and the rest of the Federal Open Market Committee will have before they decide whether or not to begin the process of raising interest rates at their upcoming meeting December 15th and 16th.

Friday’s report will follow the disappointing numbers released earlier this month, when the Labor Department estimated that the U.S. economy added just 142,000 new jobs, below expectations of at least 200,000. The report also revised down previous month’s estimates, meaning that the U.S. has added, on average, 198,000 jobs per month versus 2014’s rate of 240,000. Another lackluster reading could throw a wrench in Fed Chair Janet Yellen’s increasingly apparent desire to begin the rate hike process next month.

So what do economist think will happen tomorrow?

The consensus estimate is 182,000 new jobs, reflecting the fact that economists expect job growth to slow somewhat as the unemployment rate and labor market slack continues to shrink. If job growth and revisions to previous months surpass this number, expect the market to continue to cautiously lean towards predicting a December rate hike.

What about wage growth?

Here’s where things get a little bit more complicated. The Federal Reserve is basing the argument for a rate hike on something called the Phillips Curve, which says that as the unemployment rate falls, wages should rise as workers become more scarce. The increase in worker pay should then filter through to the rest of the economy, causing prices to rise. This theory is why the Fed is thinking about raising rates even as inflation has consistently fallen below its 2% annual target, because the central bank believes it needs to get ahead of rising inflation that a falling unemployment rate will cause.

The problem is, we’re just not seeing any evidence or faster wage growth or inflation. And if tomorrow’s job report shows no signs of real wage growth (which is what economists predict it won’t), the Fed’s case for a rate hike will start to look more faith-based than empirically driven.

And it could mean there’s a lot more labor-market slack than a 5.1% unemployment rate would imply

In 2014, 12 per cent — close to one in eight — of US men between the ages of 25 and 54 were neither in work nor looking for it. This was very close to the Italian ratio and far higher than in other members of the group of seven leading high-income countries: in the UK, it was 8 per cent; in Germany and France 7 per cent; and in Japan a mere 4 per cent.

Even as the official unemployment rate has fallen, the labor participation rate even for workers in their prime has remained frustratingly low. Why exactly these absent workers are waiting on the wings is a bit of a mystery. Wolf posits several possible explanations — the relatively high cost of childcare in the United States, higher participation rates for older workers relative to Europe, and the lack of affordable housing in the most economically vibrant cities in the United States.
Whatever the reason for the elevated slack in the U.S. labor market, one obvious solution would be faster economic, productivity, and wage growth. The presidential race under way shows how differently the Republican and Democratic parties would seek to achieve these goals. But after 8 years of central bank stimulus, it’s become pretty obvious that Janet Yellen can’t do it all on her own.