How UPS Plans to Deliver Your Christmas Packages On Time 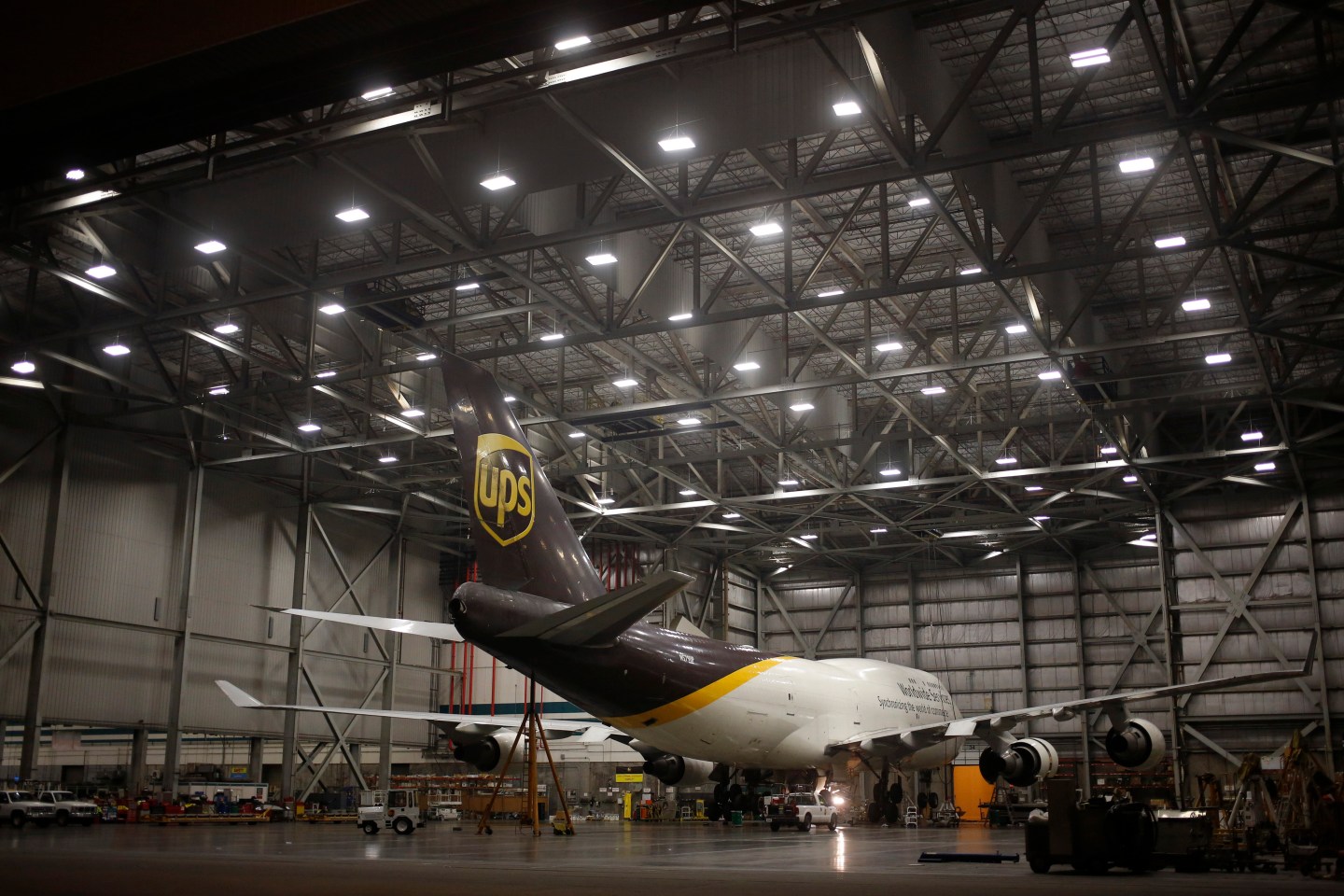 Most major retailers, including the likes of Walmart (WMT), are waiving shipping fees on all online orders on Friday.

This is no act of generosity. It’s not even a ploy to gin up more sales one week before Christmas. Much of it has to do with retailers being trained by delivery service giants like United Parcel Service (UPS) and FedEx (FDX) to get customers to do their final online shopping as early as possible, lest they grapple with a logjam right before Christmas. (Friday is the last day customers can use UPS’ 3-day select service and be sure a package will get to them on time.)

UPS is at the height of what it calls “peak” season—known as the holidays to the rest of us—a period that stretches from Thanksgiving through the end of December. During that time, UPS expects to deliver 630 million packages, up 10.3% from 2014.

Like archival FedEx, UPS is eager to avoid a repeat of the disaster two years ago, when millions of packages didn’t get delivered on time for Christmas. Some of that had to do with bad weather, but a big culprit was last-minute orders that retailers encouraged. UPS has been pushing retailers to bring up their cut off days for free shipping promotions and for delivery by Christmas. The shipping giant has also encouraged retailers to improve their demand forecasting.

“Retailers have improved in terms of planning capabilities,” UPS Senior Vice President of Engineering Mark Wallace told Fortune. But as FedEx CEO Fred Smith told investors this week, not all retailers have excelled at such logistics. And by getting as many orders in on Friday, UPS can make use of the entire weekend to process as many packages as possible.

So leaving little to chance, UPS has been focusing on its own resources. It ramped up investments on manpower and its infrastructure drastically last year and, to a lesser degree ,this year. A Wall Street Journal report last week said UPS was straining to keep up with package demand, but the company has said the “vast majority” of packages have been delivered on time.

On Tuesday, three days before Christmas, UPS expects to deliver 36 million packages, the busiest day of the year and twice the normal volume.

The uptick in deliveries has gone hand in hand with the e-commerce boom (figures in graphic below in billions):

In addition to hiring an extra 95,000 workers to help out during the holiday season, UPS has bolstered how quickly it can marshal all the transportation equipment at its disposal, including nearly 100,000 package cars, vans, tractors, and other vehicles, as well as 237 company-owned jets and another 302 chartered aircraft. The company also works with major railroads such as BNSF, CN, CSX, CP, FEC, KCS, Union Pacific, and Norfolk Southern.

UPS has the ability to “instantaneously” change the mode of transportation it uses if bad weather shuts down a key highway or airport.

“We’re able to look at where the weather is impacting us in what part of the country,” said Wallace, who was appointed to his role earlier this year. “If an interstate is closed and rail is still moving, we may choose to put on rail rather than road to get to a destination hub.” UPS can also deploy “Ready Teams,” or extra personnel, to help workers at delivery centers cope with an onslaught of packages.

But lucky for UPS, FedEx, and retailers, it looks like Mother Nature is being cooperative this year. The odds of ice between Tuesday and Christmas anywhere in the contiguous 48 states are nearly nil, and the odds of snow are minimal and limited to relatively unpopulated areas, according to Planalytics, a consulting firm that advises retailers on dealing with weather headaches.

“We do feel actually quite good about the weather forecast,” said Wallace. UPS has a team of full-time meteorologists who work out of its gigantic Worldport facility at the airport in Lexington, Kentucky.

Last year, UPS increased its points of delivery when it introduced its “Access Point” program, which lets customers pick up their packages at dry cleaners, convenience stores, and drugstores. The program, which now has 8,000 locations, also saves UPS money on labor and fuel by reducing repeated attempts to deliver a package. And more importantly at this time of year, it speeds up delivery and gets packages out of the system.

Altogether, that gives UPS the muscle it needs to get packages to homes in time for Santa’s arrival, Wallace said, barring the mass closing of airports or highways or other modes of transportation.

“If something’s open, we’ll be moving,” he said.