UPS Says Your Holiday Packages Will Get There on Time 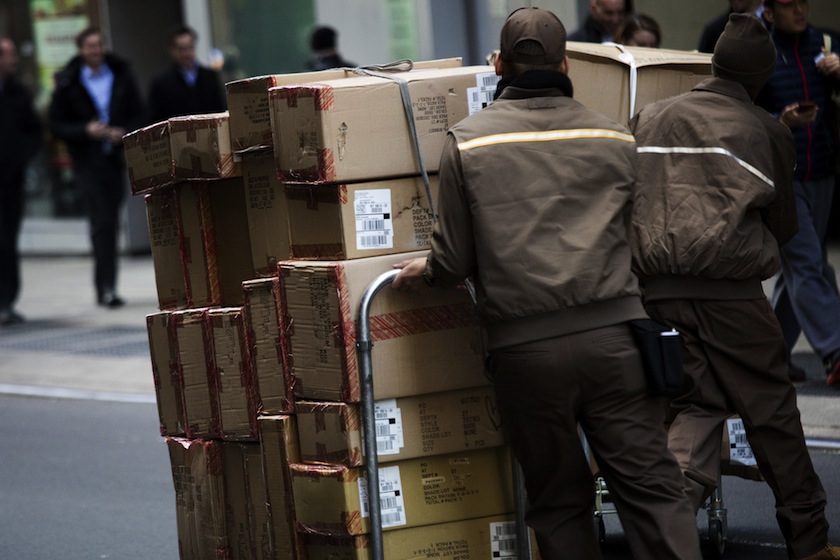 United Parcel Service (UPS) is taking exception with a Wall Street Journal story that says the delivery service is straining to keep up with heavy demand caused by the surge in online orders this holiday season.

The Journal said that UPS’s ground packages were delivered on time 91% of the time last week, down from 97% last year, citing data from ShipMatrix, a software company that analyzes millions of packages. The newspaper, citing unnamed courses, also reported that UPS was grappling at some locations with unexpectedly high volumes, extra pickups, and insufficient staffing and equipment to handle all of the packages it is getting.

But UPS spokesman Steve Gaut said on Thursday that wasn’t the case.

While Gaut recognized that some areas were high impact spots, “the vast majority of UPS customers have received their shipment on time,” he said in an e-mail to Fortune. “UPS’s shipping network is running according to our plans and customers can expect to receive their shipments in line with the service level commitment.” Gaut would not offer an on-time rate to counter the Journal’s 91% claim.

Still, Gaut said UPS has deployed “Ready Teams,” or extra personnel to help workers at some delivery centers cope with the onslaught. UPS has hired between 90,000 and 95,000 seasonal workers to help it handle the holiday season load. UPS is also trying to get retailers to nudge shoppers to place their orders earlier.

As for the ShipMatrix data, UPS doesn’t use or validate them “because there are too many ways that measurement methodologies can vary,” Gaut said.

There is no question online orders have surged this year: IBM said e-commerce rose 25.5% over the four-day Thanksgiving weekend. And Adobe, which tracks purchases across 4,500 U.S. websites, has said Cyber Monday e-commerce sales rose 12% to nearly $3 billion.

UPS is sticking to its forecast that between Black Friday (Nov. 27th) and the end of December, it will handle 630 million packages, mainly in the U.S., up 10% from 2014. The company expects Tuesday, Dec. 21 to be the busiest delivery day with more than 36 million, or twice the average daily volume.

On-time delivery is a key issue for UPS. Two years ago, the company suffered a major public relations black eye when it was so overwhelmed by volume right before Dec. 25 that many packages weren’t delivered on time for Christmas. In 2014, UPS course corrected too much, spending $500 million on measures such as automated sorting systems to quickly identify ZIP Codes. And the company reported disappointing financial numbers a result.