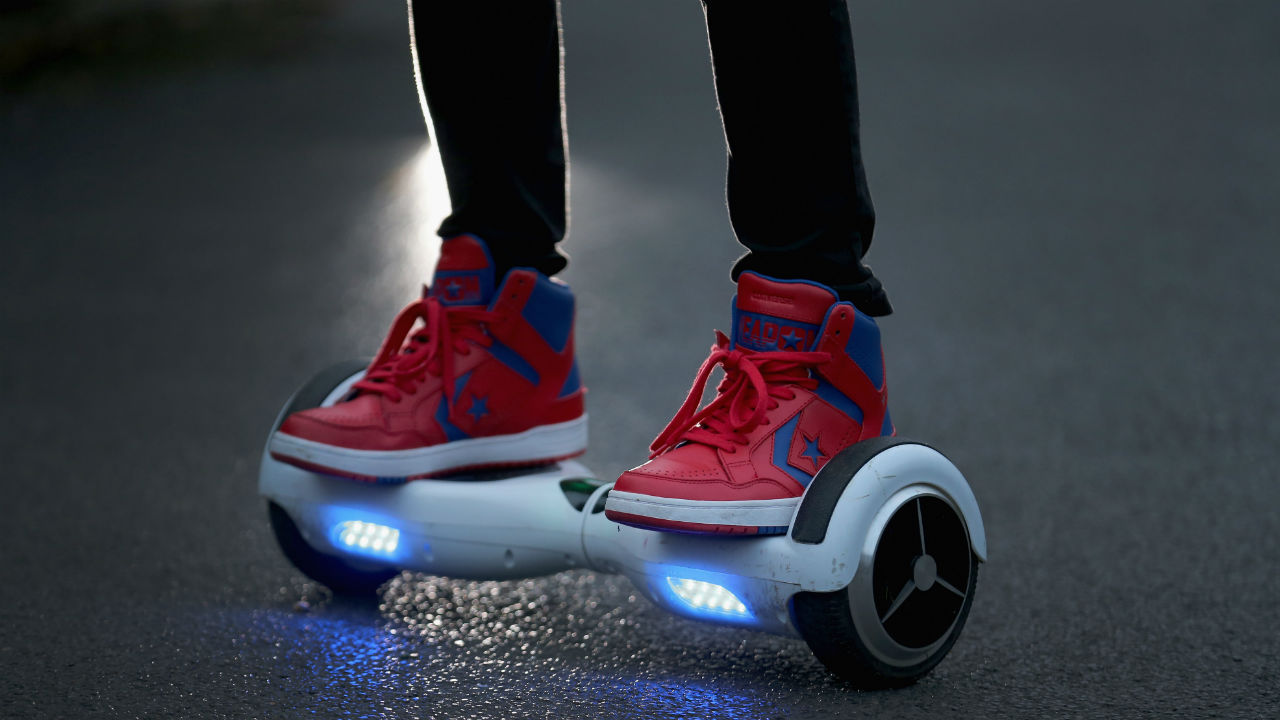 The PR crisis surrounding one of the holiday’s hottest gifts has turned into a legal crisis.

Michael Brown of Chappaqua, NY, has filed suit against ‘hoverboard’ manufacturer Swagway and sports retailer Modell’s, after the self-balancing scooter he bought from the companies as a Chanukkah gift for his children allegedly burst into flames, destroying the board and damaging part of his home.

Brown says that despite manufacturer claims the hoverboard was made from the finest materials, Swagway failed to warn him and other buyers about possible combustion issues. Modell’s, he says, did not take the proper steps to ensure the product was safe. The case is seeking class action status.

According to the complaint, Brown removed the Swagway Board from its box the evening of Dec. 6. After just 30 minutes the battery indicator showed the system was almost out of power. He plugged it into the wall, he says, but after 45 minutes of charging it burst into flames, which lighted the packaging materials. The fire was substantial enough, says the suit, that the family had to call the fire department.

Neither Swagway nor Modell’s immediately responded to requests for comment about the suit. Fortune will update this story if either party does so.

“The Swagway Hoverboard was inherently defectively designed or manufactured so as to cause it to not to be safe and fit for the purposes for which it was intended to be used and not to be free from defect,” says the complaint, which was filed in U.S. District Court in the Northern District of Indiana.

Brown contends that Indiana-based Swagway and Modell’s, which is based in New York and sold the product online, engaged in unfair and deceptive trade practices. He’s seeking injunctive relief and unspecified compensatory damages.

The suit follows hoverboard bans by all major airlines. Many retailers have also said they will not sell the products this holiday season, despite a swell of media coverage of them last month in online and television gift guides.

“In actuality, the Swagway Hoverboard is unsafe for its intended use inasmuch as it is defective and presents a material likelihood that it will self-combust or short-circuit while charging, leading to fire and/other damage,” said the filing.

While Swagway did not immediately respond to Fortune’s phone call or email, it has alluded to the controversy about reports of spontaneously combusting hoverboards on its Website.
“We can’t speak for other brands but for Swagway, as safety is a top priority, we take the extra measure to use parts like UL listed adapters and top quality Samsung or LG lithium-ion batteries,” the company said. “Swagway not only adheres to government regulations, but we exceed them for added assurance. … We can’t stress enough how the caliber of the components used can make an impact in the overall safety of these boards. For this reason, we don’t ever compromise when it comes to using the highest quality parts.”

Many of Swagway’s hoverboards are sold out “for an indeterminate amount of time,” according to the Website. And the retailer is warning people who may still want to buy one to expect delays.