About Those Rumors of Apple Supply Chain Cuts 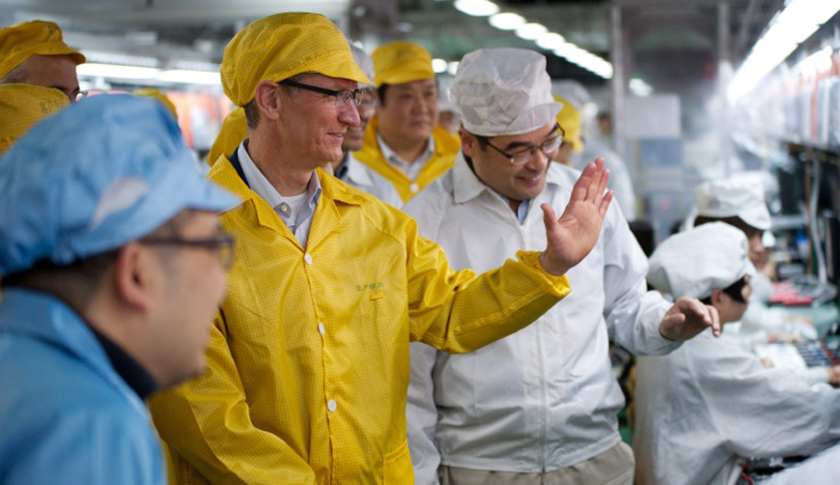 As often happens in the anxious weeks before the end of Apple’s big holiday quarter, talk on the Street has turned to the company’s Asian supply chain.

Component orders for the iPhone 6S and 6S Plus are down, we hear from Apple analysts at Morgan Stanley, JP Morgan, Barclays and Credit Suisse—with each note’s release accompanied by another drop in the company’s share price (AAPL). Apple’s shares fell 3.6% Monday morning, for example, after Morgan Stanley lowered its estimate for the number of iPhone unit sold during the holiday quarter by 6%.

Whether these are reports of cuts at four separate suppliers or four reports from the same component maker is not entirely clear. The only supplier on record so far is Dialog Semiconductor, which lowered its expectations a bit over 10% Tuesday due to “weaker than anticipated demand in its mobile systems segment.” Dialog makes a power management circuit for Apple that represents an estimated 75% of Dialog’s income.

“If Dialog’s guidance was indicative of Mar-16 iPhone units, it would suggest units next quarter would be down 9% y/y compared to recent analyst iPhone cuts predicting Mar-16 down ~15%.”

In other words, the Street was expecting an even bigger decline in iPhone sales next quarter than the Dialog warning would imply.

Daniel Eran Dilger, writing for AppleInsider, goes further than Munster. Cataloging a long list of sketchy Apple rumors from the past, he took readers back to December 2012 when a Citibank analyst’s warning of weak iPhone 5 demand based on “near-term supply chain orders” sent Apple shares into a tailspin.

“Not only was that information subsequently found to have been inappropriately leaked to hedge fund SAC Capital, allowing that firm advanced opportunity to profit from the stock selloff Citi’s predictions triggered, but the information itself was not correct. Apple’s iPhone 5 remained the world’s top selling smartphone and continued to enjoy rapid sales even as investors began dumping Apple’s stock on the ‘news’ that the phone wasn’t selling well.”

Dilger is right about the inappropriately leaked data. Citi admitted to the facts and paid a $30 million fine.

But Citi’s information may not have been entirely off base. Although the iPhone 5 managed to set a new unit sales record in the 2012 holiday quarter, that was also the quarter when the iPhone’s extraordinary run of triple-digit sales growth came to an end. The year before, iPhone unit sales grew 128% in Apple’s fiscal first quarter. In the holiday quarter that Citi was talking about, they only grew 29%.

That, more than any supply chain report, is what sent Apple into free fall in the winter of 2013.

Apple’s expectations are lower this year. The only prediction Tim Cook has made is that Apple will sell more iPhones this quarter than it sold during the same quarter last year. Now, according to the naysayers, even that may be in doubt.