This Bank Is Still the Top Dog in Dealmaking 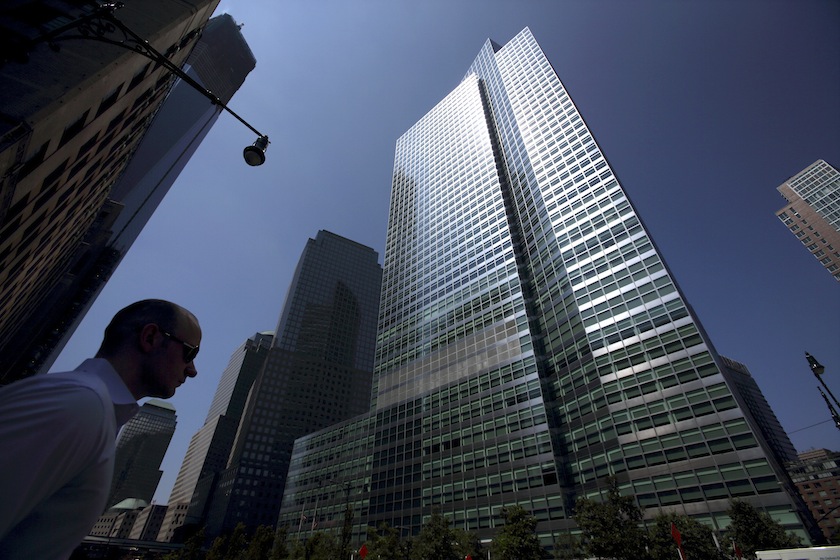 As iconic brands are snapped up and corporations merged and swallowed in a record-breaking whirl of deals, there has been one constant: Goldman Sachs (GS).

The Wall Street firm is once again top dog in the global M&A rankings, having advised on transactions worth close to $1.7 trillion this year–more than the annual economic output of Australia–including Friday’s $130 billion tie-up between U.S. chemical giants DuPont (DD) and Dow Chemical (DOW).

Goldman’s No 1 status comes despite having lost several veteran bankers this year, including Gordon Dyal, its former M&A chief and Jack Levy, one of four global co-chairmen of M&A, and reflects the enduring success of its partnership model, 15 years after the company went public.

Becoming a partner at Goldman Sachs is still one of the most coveted promotions on Wall Street, and those who make the cut represent a powerful network of well-connected dealmakers.

The partnership, along with the bank’s commitment to remaining a full-service investment bank despite post-crisis rules that make it more difficult to trade, have given it an edge over rivals such as Morgan Stanley, which has a strong emphasis on wealth management.

“Goldman is still run as a partnership, and delivers the entire firm,” said Brad Hintz, a former Lehman Brothers chief financial officer and financial analyst who is now a business professor at the NYU Stern School of Business.

The 146-year-old investment bank has ranked No. 1 in the global M&A league tables every year since 1997, with the exception of 2009 and 2010, when it ranked No. 2 behind Morgan Stanley, according to Thomson Reuters data.

This year, the bank advised on all the mega deals in pharmaceuticals, energy, beverages, and now chemicals, where it is set to split $80 million to $100 million in DuPont advisory fees with Evercore Partners.

Goldman’s ubiquitous role in finance prompted Rolling Stone magazine to famously declare in 2010 that the bank was “a great vampire squid wrapped around the face of humanity.”

Its corporate clients, however, are generally happy to let it navigate potential conflicts of interest.

In the case of DuPont, for example, Goldman has also been advising rival Syngenta in its defense against a bid by Monsanto.

“Over time, companies have become more sophisticated so banks really need to differentiate themselves more,” said Bob Hurst, a partner at private equity firm Crestview Partners who served as vice chairman of Goldman until June 2004 and head of its investment banking division from 1990 to 1999.

Goldman has done that.

“It has great coverage, is very relationship oriented on the long term, and has great execution,” Hurst said.

The bank’s prestige and partnership culture is enough to retain many bankers even at the prospect of higher pay at rivals or Silicon Valley startups.

Among its peers, Goldman has consistently had a lower compensation-to-net revenue ratio than arch rival Morgan Stanley.

“When you are having beer with a Goldman partner, and you roll your eyes when he waxes lyrically about the partnership, you have to remember that this is key–you are expected to drop everything as a Goldman employee when there is a deal on deck,” said Hintz.