Why Apple’s Smart Battery Case Gets the Job Done 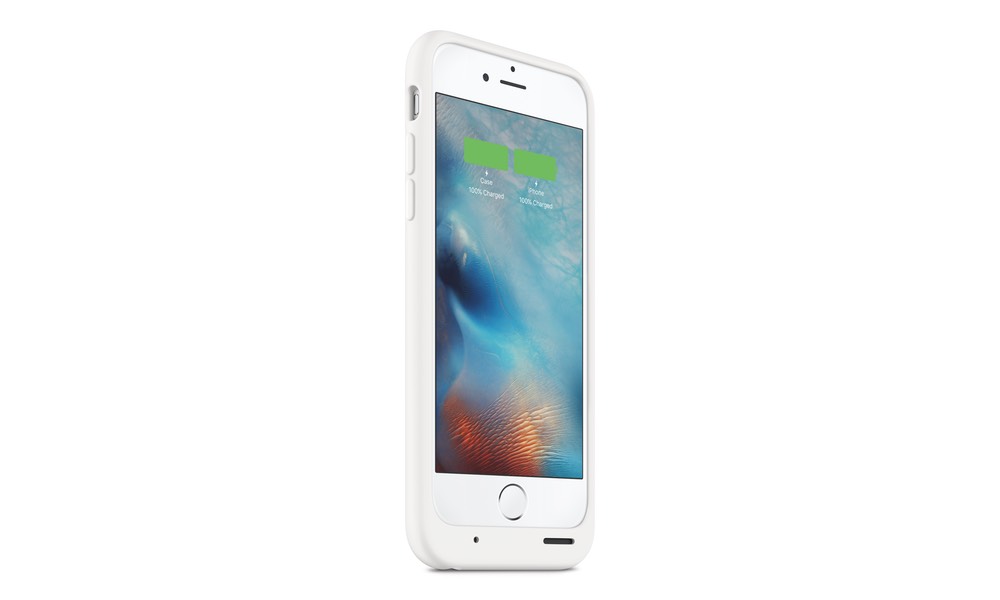 The silicone exterior and microfiber interior of the case looks and feels similar to the cases Apple (AAPL) has sold for the past two years, with one exception: There’s a giant bump—or as some like to call it, “the hump”—in the middle of the case. Just don’t call it a “hump” in front of Apple CEO Tim Cook, who recently explained the design makes it easier to take the case on or off of your phone—and he has a point. To apply or remove the case, you bend back the top of the case right above the bump and slide your iPhone in or out of it. This approach is different from other battery cases that are typically made of two pieces and feel like a more permanent solution.

I found myself using the Smart Battery Case until its battery was drained, then removing the case and recharging it while my iPhone battery was fully charged.

Let’s be honest, all battery cases are ugly. They increase the size of your smartphone and add weight. Browsing Amazon listings for the iPhone 6S battery cases returns offerings from a myriad of companies, and they all look nearly identical: A plastic rounded back that spans the length of the iPhone, with a cutout for the iPhone’s camera and ports along the bottom of the device.

While some may consider the bump on the back of the case an eyesore, I don’t view it as any uglier than of the competing solutions.

Feelings towards Apple’s design choices aside, the Smart Battery Case is built to keep your iPhone’s battery charged. Apple claims the case will add up to 25 hours talk time, up to 18 hours of Internet browsing on a cellular connection, and up to 20 hours of video playback.

In my testing for the last 5 days, the Smart Battery Case has extended the battery on my iPhone 6S from the roughly 14 hours I typically experience to 31.5 hours. The first 13 hours of which were powered solely by the case, starting at 6:30 a.m. In other words, I can go a nearly a full day of my normal usage and still have an iPhone battery charged at 100%.

At one point during testing, I let my iPhone completely run out of battery and then charged it using the Smart Battery Case. Without using my iPhone other than to check a couple of emails, the case charged my phone from zero to 78%, in about an hour.

My tests and experience are similar to what I’ve found with other battery cases. But Apple’s Smart Battery Case offers two features that set it apart from similar products.

Second, Apple has integrated the case directly into the iPhone’s operating system, iOS. Through software enhancements, Apple is able to display the current battery status of the case and your iPhone in iOS 9’s new battery widget (found in the Today panel of the notification center), and on the lock screen when you first put your phone into the case.

My biggest complaint about the case is the 3.5 mm headphone port is too deep for headphones with 90-degree angle connectors. Apple’s EarPods included with each iPhone work just fine with the case, but should you want to use anything else you’ll either need to remove the case or purchase a 3.5 mm extender. The two cases referenced above from Mophie and Anker both suffer from the same problem, but include an extender when you purchase a case. Apple’s Smart Battery Case includes no such accessory.

Between competing battery cases and stand-alone battery packs, there’s plenty of options available to ensure your iPhone’s battery is always charged. Apple’s Smart Battery Case is priced in line with other cases, although it offers slightly less power; a metric it makes up for with its deep integration with iOS and Lightning connector.

For more about Apple’s Smart Battery Case, check out this Fortune video: