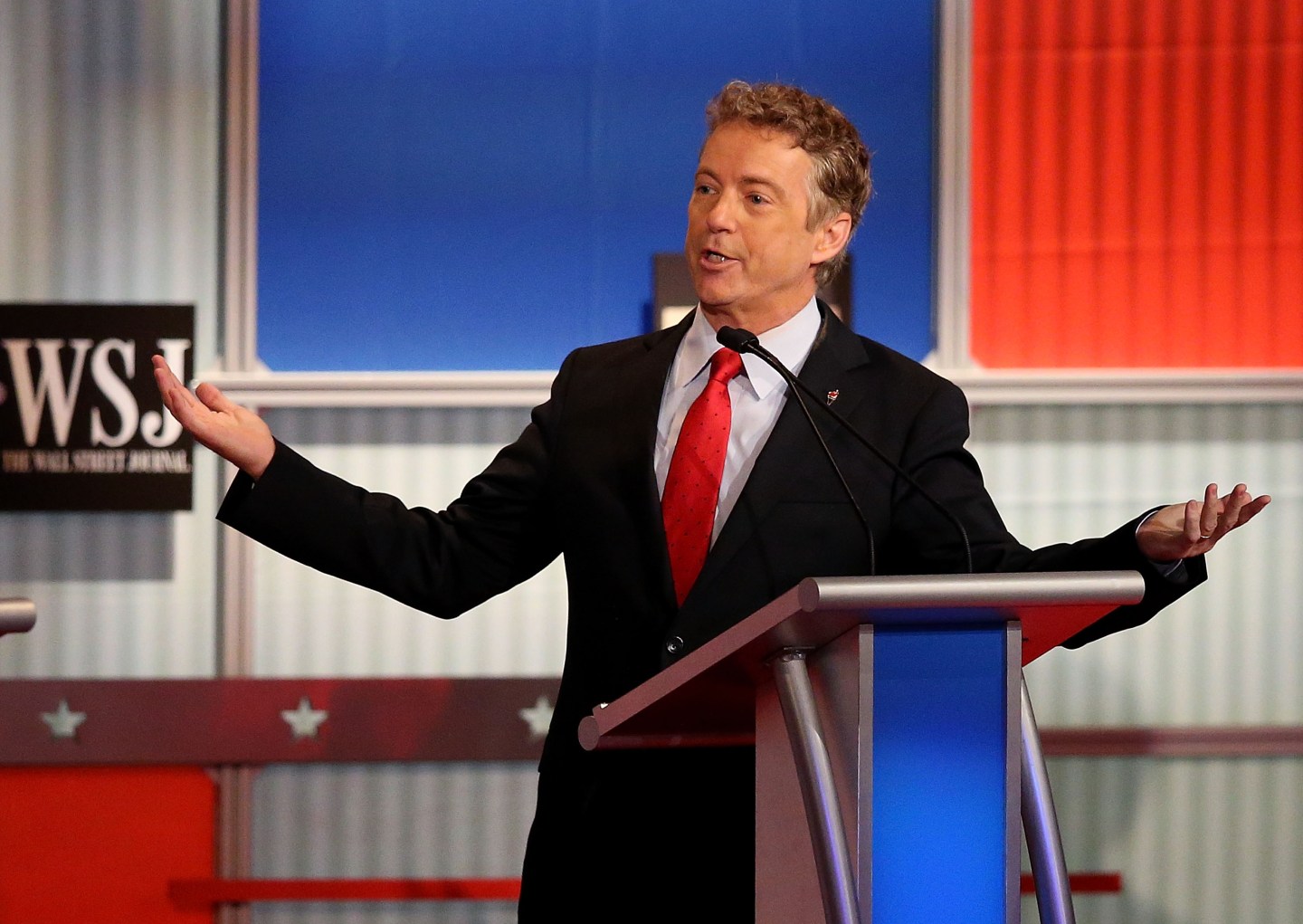 MILWAUKEE, WI - NOVEMBER 10: Republican presidential candidate U.S. Sen. Rand Paul (R-KY) speaks during the Republican Presidential Debate sponsored by Fox Business and the Wall Street Journal at the Milwaukee Theatre on November 10, 2015 in Milwaukee, Wisconsin. The fourth Republican debate is held in two parts, one main debate for the top eight candidates, and another for four other candidates lower in the current polls. (Photo by Scott Olson/Getty Images)
Photograph by Scott Olson — Getty Images

The libertarian lawmaker has struggled in the polls and among donors, and seen his support erode even further amid renewed concerns over the threat of terrorism following the Paris and San Bernardino attacks. In recent days, as it became clear Paul was unlikely to make the debate stage, his campaign began a social media push to call on the network to change its rules to allow his participation, just as the network did for former HP CEO Carly Fiorina before its September debate.

In the end, the network announced that Paul would be allowed to participate in the main stage, stating Paul was “showing viability” by polling at 5% in a Fox News Iowa poll released Sunday morning, but it did not explain—as it did in the case of Fiorina—how it let Paul, whose polling average considered by the network is below the required 4% in the state, on stage.

New Jersey Gov. Chris Christie, who is surging in New Hampshire, earned a spot in the 9 p.m. EST debate once again, after being relegated to the undercard contest in last month’s debate in Milwaukee.

Tuesday’s debate is the first to consider early state polling in addition to national support. To make the main stage, the network required candidates to either average 3.5% in approved nationwide surveys or 4% in Iowa or New Hampshire. Donald Trump, Texas Sen. Ted Cruz, Dr. Ben Carson, former Florida Gov. Jeb Bush, and Florida Sen. Marco Rubio were the only ones to qualify based on their national support, while Fiorina, Christie, and Ohio Gov. John Kasich made the stage with their numbers in New Hampshire.