The Big Short: What Hollywood and Michael Lewis Get Wrong About the Financial Crisis 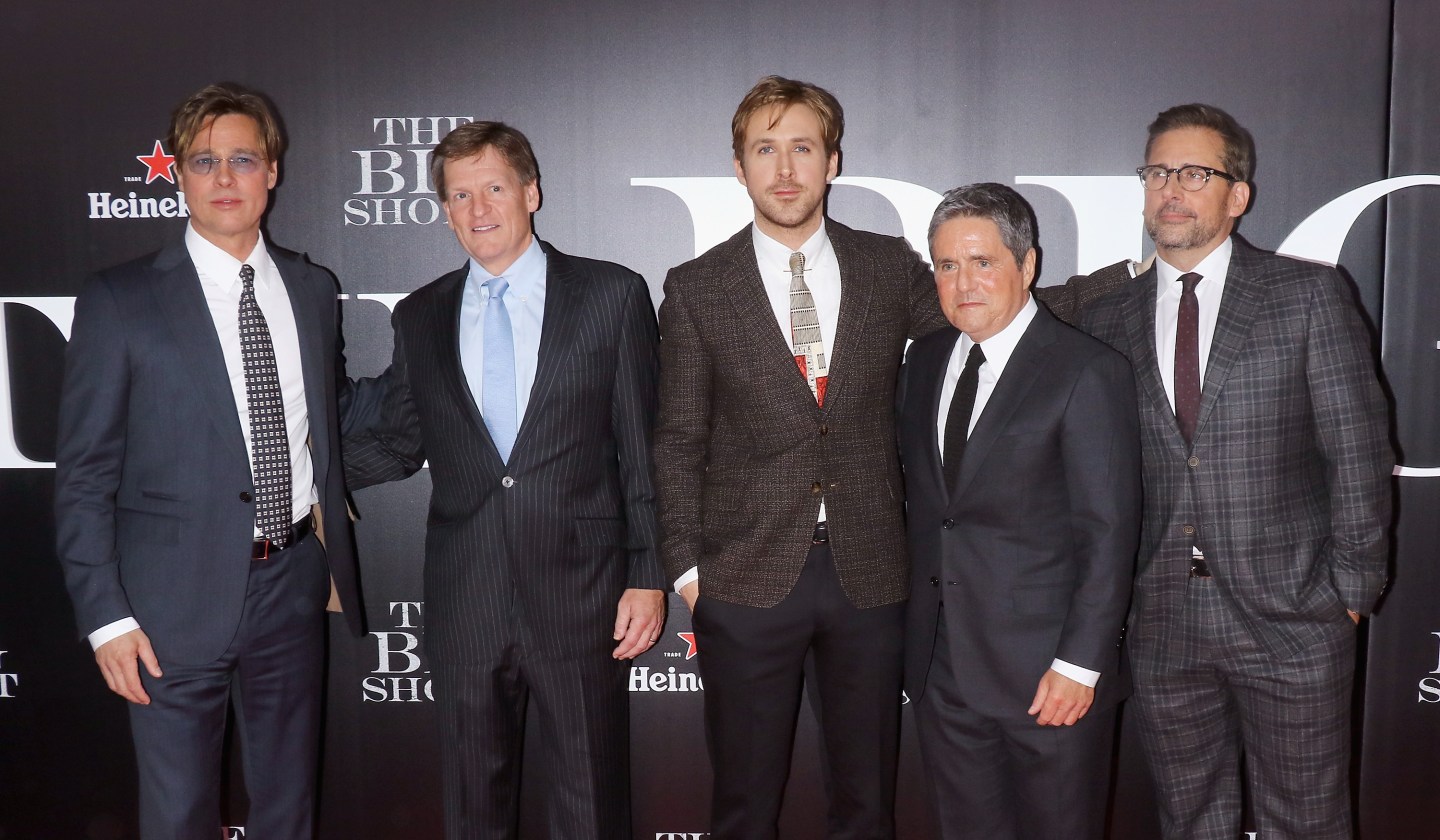 The fact that the subject matter of The Big Short is so serious is one reason eyebrows were raised when Adam McKay, director of such goofball comedies as Anchorman and Step Brothers, was picked to adapt Lewis’ bestselling account of the years leading up to the crash of 2008 into a movie.

Don’t underestimate McKay’s serious side, however. Whatever the adaptation’s flaws, the director is up to the task. The same goes for actor Steve Carrell, who is best known for his comedic roles like that of Michael Scott in the hit NBC series The Office but pulls off the role of earnest money manager Steve Eisman with aplomb.

At the same time, Lewis’ afterward belies the fact that his book and the subject matter are often very funny. Lewis is a talented reporter and writer, but what makes his work exceptional is his ability to demystify the world of high finance, while making it seem fun in process. That’s why aspiring bond salesmen saw Lewis’ first book, Liar’s Poker, more as a guide to succeeding on Wall Street than as a cautionary tale. Sure, Wall Street may be cutthroat and the mistakes made there have the potential to create widespread harm, but it sure is filled with a bunch of characters who know how to have a good time.

The film version of The Big Short succeeds on this score too. Making a movie about mortgage-backed securities and exotic financial instruments is no easy feat, unless you’re prepared to bore your audience to tears. To avoid this, McKay uses some clever tricks, like cutting away to a scene featuring bombshell Margo Robbie sipping champagne in a bathtub at the moment in the story when the concept of a collateralized debt obligation needs to be explained.

But in the end, the subject matter that the film tackles is so dense that nearly every scene ends up being expository in one way or another. Writing a book, Lewis has the luxury of weaving in narrative vignettes that show why the handful of visionaries like Steve Eisman and Dr. Michael Berry, who foresaw the financial crisis, were so unique and brilliant. McKay tries to be faithful to Lewis’ style, but in a film time is a limited commodity. McKay cuts many of the more entertaining parts of the book to make time to explain the central theme of Lewis’ story, which happens to have mostly to do with esoteric financial instruments.

Which raises the question of why, exactly, would McKay choose this volume (off all books) to turn into a movie (of all media?). The answer is politics. As McKay has explained in interviews, he remains incensed that bankers and financiers weren’t hauled off to jail by the dozen after the crisis, and that the financial regulatory reform that was passed wasn’t more robust. McKay, a Bernie Sanders donor, told The Hollywood Reporter that he thought the movie might, “start some conversations” and possibly re-focus American anger over the economy away from side issues like immigration and trade policy to what he sees as the real problem: a corrupt financial system.

Some reviewers like the New York Post‘s Kyle Smith argue that McKay corrupted Lewis’ “deeply engaging” book with ham-fisted moralizing that oversimplifies the crisis as simply the fault of greedy bankers. But an honest reading of Lewis’ book will reveal that he and McKay basically agree that the financial crisis and the great recession should be blamed on the financial services industry. Lewis, in fact, sees the story of the financial crisis beginning when he first started working on Wall Street in the mid-1980s, just when investment banks a) starting going public and b) began to use more sophisticated instruments like derivatives and mortgage-backed securities.

Lewis’ insights into the evolution of the financial services industry are vital, and he does point to causes of instability in financial markets. But Lewis’ book is the story of just one part of a crisis that was much more global in nature than many Americans realize.

Both in the film and the movie, when one bond salesman is asked who exactly is buying all these mortgage bonds filled with loans destined to fail, he says, simply: Dusseldorf. And there is truth in this bit of misdirection. A lot of the people who were buying this stuff were foreigners—Germans, Japanese, and investors from various emerging markets whose domestic policy had created large trade surpluses and a massive demand for safe securities in which to invest these surpluses. As Raghuram Rajan, the current Governor of the Bank of India, has put it:

So long as large countries like Germany and Japan are structurally inclined—indeed required—to export, global supply washes around the world looking for countries that have the weakest [financial regulations] or the least discipline, tempting them to spend until they simply cannot afford it and succumb to crisis.

This sort of analysis of the macroeconomic causes of the crisis is missing from Lewis’ book and therefore McKay’s film. It’s not so much that The Big Short gets the financial crisis wrong, but that it’s an incomplete view, and viewers and readers risk thinking that preventing the next crisis is simply a matter of strengthening domestic regulations. In fact, preventing the next crisis will demand just as much international cooperation as it does reform at home.