Here Are the Companies Apple Could Buy in 2016 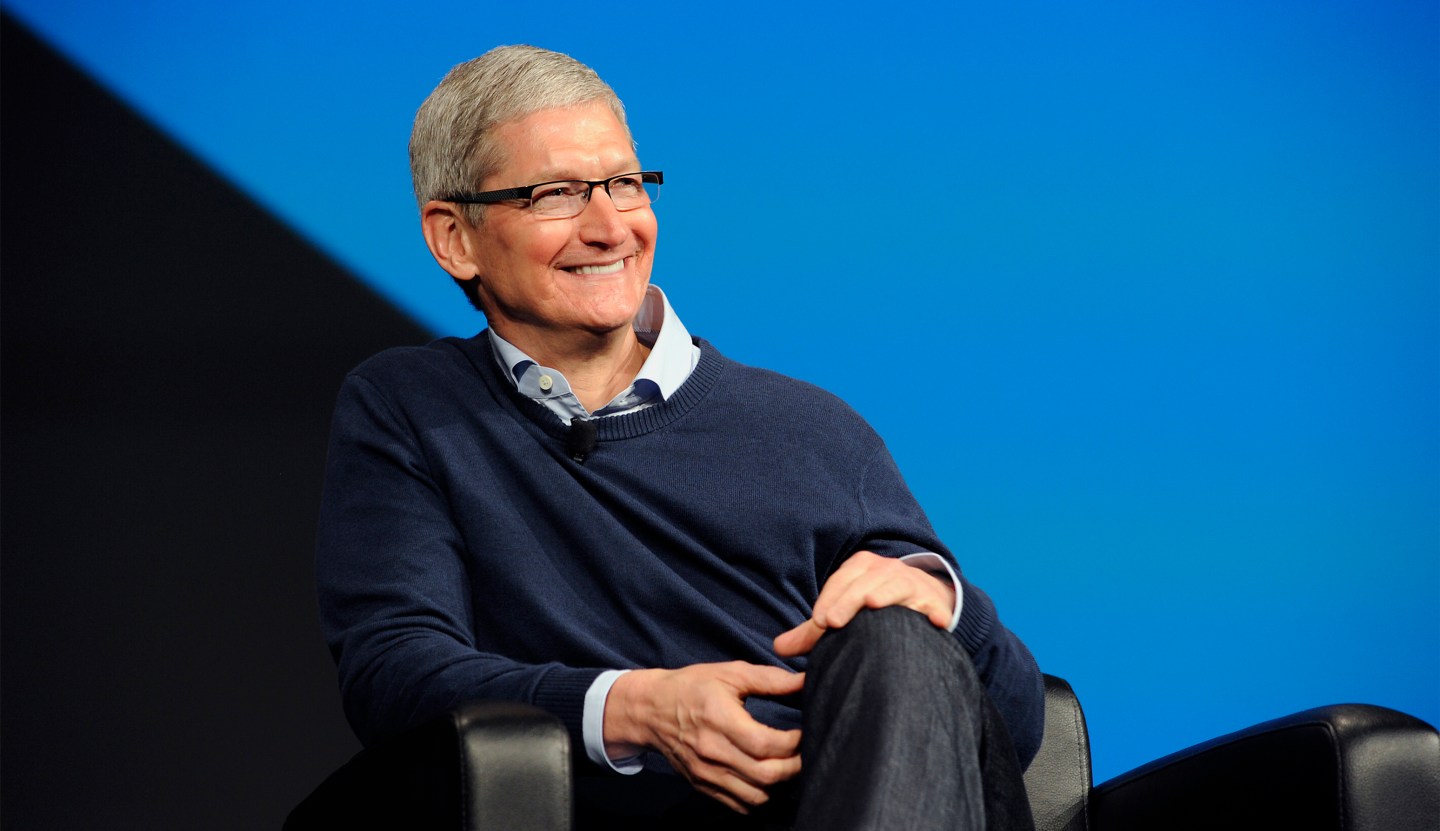 Daniel Ives, an analyst at FBR & Co., on Dec. 10 wrote in an investor report that he believes 2016 could be the year Apple uses some of its cash to make a big acquisition. Pointing to four companies—Adobe (ADBE), Box (BOX), GoPro (GPRO), and Tesla (TSLA)—Ives said that Apple may be thinking seriously about expanding its product lineup and will use those industry giants to do it.

“While Apple has built its golden consumer empire around its unrivaled iPhone franchise, we believe [Apple CEO Tim] Cook’s crystal ball is now focused on building out new technology growth frontiers/product areas for the next decade,” Ives wrote.

In an interview with Fortune, Ives said that Apple is “facing a new paradigm.” He pointed to concerns over slower growth in the smartphone industry and the “need to put fuel in the engine outside of the core iPhone franchise” as key reasons for Apple to invest in companies that could help it expand its product lineup.

“Apple needs new product categories and buying makes more sense than building in our opinion,” he says. “There’s a window of opportunity here and they need to call an audible, go away from usual playbook, and do a deal that makes strategic sense.”

“Adobe would provide a nice pipeline into the enterprise; gaining control of the dominant platform for creatives could give Apple a boost in selling its hardware (Macs, iPads, iPhones) into this all-important user base,” he wrote to investors. “Apple would also be at the center of the digital transformation within enterprises, as Adobe’s Document Cloud/Marketing Cloud applications are helping enterprises grapple with the growth of digital marketing, proliferation of mobile devices in the enterprise, and Internet of Things.”

Box currently has a market cap of $1.6 billion. Adobe, a much larger company, has a $44.2 billion market cap.

Still, there is little precedent for Ives to claim that Apple could open its wallet for big acquisitions in 2016. While Apple has made more than 30 acquisitions over the last few years, most have been small firms that it buys for tens of millions of dollars. Those companies are often shuttered and their core features integrated into Apple’s existing platforms, including Maps, iCloud, and iTunes.

Apple’s biggest acquisition in recent memory was its pickup last year of Beats Electronics for $3 billion. Since then, the company hasn’t made a major acquisition and has shown no signs that it might.

Meanwhile, Apple continues to generate billions of dollars in profit each quarter and stockpile its cash. That, of course, hasn’t gone unnoticed by investors, who have wanted some of that cash back. Over the last few years, Apple has responded by being among the largest dividend distributors on Wall Street and buying back shares. Major acquisitions, however, have been elusive.

For his part, Ives believes that there are credible reasons to believe 2016 could be a different year. He pointed to action camera maker GoPro, which he says, would be a strong acquisition target for Apple. He argues that GoPro’s action cameras “are uniquely positioned at the intersection of Apple’s smartphone, wearables, and multimedia offerings.” He believes that GoPro, which has a market cap of $2.6 billion, could also help Apple “open the door” to other product areas, including drones and virtual reality. In those areas, he says, Apple “has been playing catch-up.”

Ives also wouldn’t let the idea of a Tesla buyout die. While he acknowledged that Apple acquiring Tesla would be a long-shot, he says that the iPhone maker seems committed to making electric cars, and buying up Tesla, which is currently valued at $29.6 billion, would “accelerate the move” to that market.

Of course, Ives is not alone in believing Tesla is valuable. In fact, Tesla founder and CEO Elon Musk revealed last year that he was approached by Apple for “talks.” Musk, however, said that he has no interest in selling Tesla to any other company, let alone Apple. Subsequent reports have since thrown cold water on the idea that Apple would buy Tesla.

In the event Apple decides to acquire one (or more) of these companies, Ives believes the integration may be swift. He told Fortune that it’s likely the acquisition targets would keep their brand names, but their core products would be integrated into Apple’s own. Eventually, at least some of those products would get Apple branding.

Apple, Box, Adobe, and GoPro declined to comment on Ives’ speculation. Tesla did not immediately respond to a request for comment.

For more about Apple’s iPhone, check out the following Fortune video: