The Founder of North Face Leaves Behind a Long Legacy 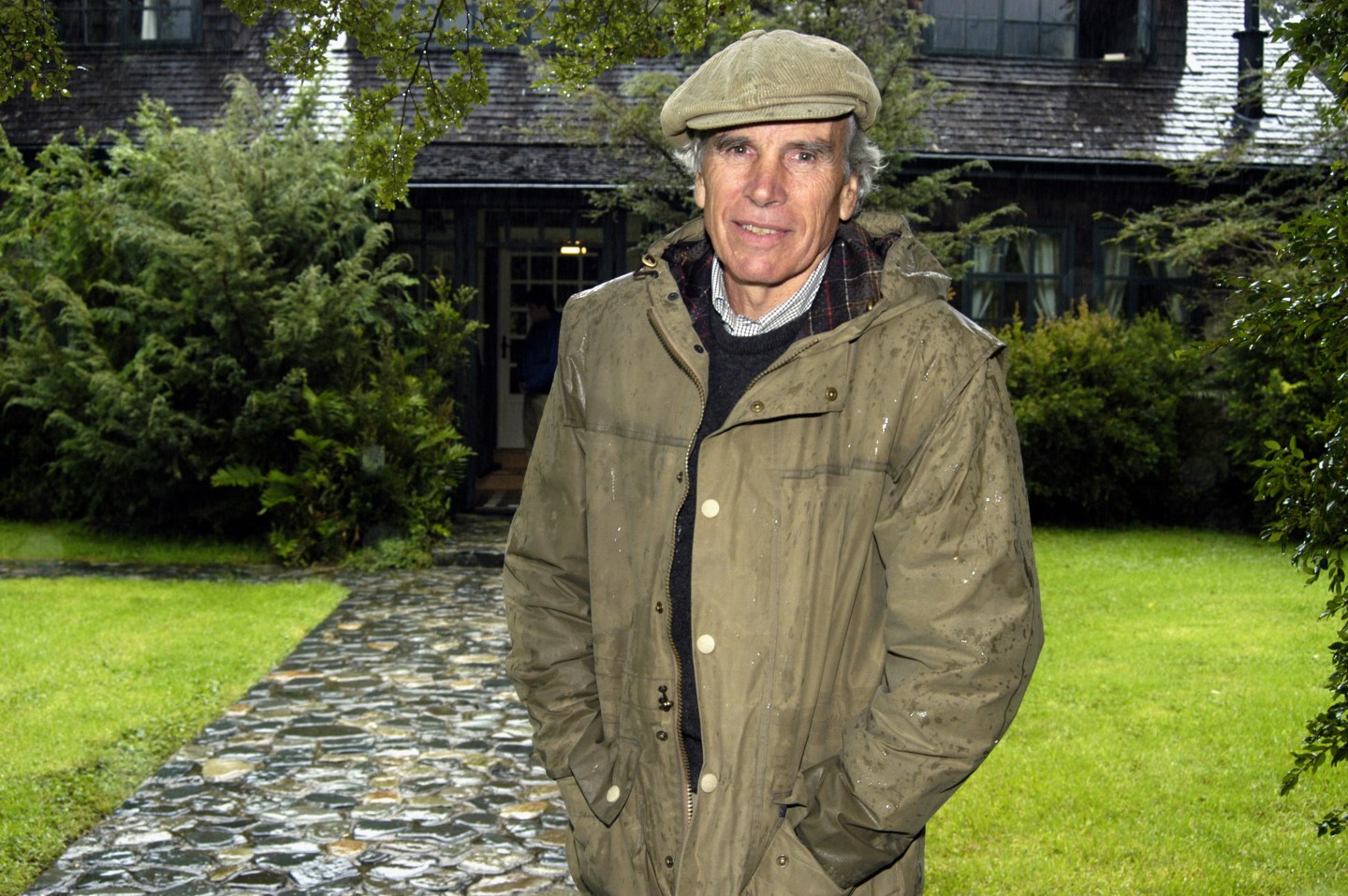 American business tycoon and environmentalist Douglas Tompkins has stirred controversy in Chile by buying hundreds of thousands of acres of wilderness in the country and shielding them from development. He is also blocking the construction of proposed hydroelectric dams that government officials say Chile+=s growing economy needs. (Photo by Helen Hughes/MCT/MCT via Getty Images)
MCT MCT via Getty Images

In many ways, Doug Tompkins was the original dot-com entrepreneur.

Thirty years before Internet start ups began flouting the traditional rules of business and turning the world on its ear, the co-founder of The North Face and Espirit was blissfully doing things his own way and achieving the same sort of results. And his death Tuesday in a tragic kayaking trip in Chile was a shocking, abrupt end for an entrepreneur who set the course for other determined visionaries.

A high school drop out who preferred the outdoors, Tompkins always tended to march to the beat of his own drummer. And that fearlessness served him well. In 1964, he and his then-wife Susie, who he’d met while hitch-hiking in California, founded The North Face, a retail company specializing in rock climbing and camping equipment.

It was the 1960s equivalent of a dot-com era launch. The Grateful Dead played at the shop’s opening. And a Bob Dylan poster hung in the window.

And like a lot of dot-coms, the business broke new ground. While the initial focus was on essentials like backpacks and sleeping bags, Tompkins’ independent streak came out two years later, when he decided the standard design of tents was insufficient.

North Face introduced a new kind of tent, using bendable rods to create one that was rounded at the top, rather than angled. It quickly became the preferred tent for outdoor enthusiasts, as the design proved stronger and more resistant to wind.

Many entrepreneurs would stick with a company that had made such a breakthrough. Instead, Tompkins walked away, selling the company for $50,000 two years after he launched it to join Susie in running Esprit, a clothing company that (at the time) specialized in casual, moderately priced apparel for juniors.

Esprit, originally founded by Susie and a friend in 1968 (and originally called Plain Jane), went on to become a powerhouse clothing chain, with profits of $80 million and revenues of $1 billion in 1989.

The shift in focus from an outdoors company to a clothing line didn’t dampen his insistence on doing things his own way, however. And his interest in environmentalism continued to grow. The Tomkins’ would bring Esprit employees on rafting trips during their tenure at the company, where Earth First! activists would lecture them on environmental issues.

The pair had strong visions and built into a retail powerhouse, but as their marriage began to dissolve, it started to affect the company.Fashion trends were evolving and Esprit had lost its luster. Susie wanted to shift the focus to more mature designs. Doug vehemently disagreed. Things got worse in March 1988, when a story in the Wall Street Journal quoted employees as saying Doug had engaged in affairs with Esprit workers.

They went through a bitter divorce in 1989 – and Tompkins soon decided he had had enough of corporate life.

“I learned from my parents that you have to get pleasure out of what you’re doing, or don’t do it,” he told Earth Island Journal in 2012. “You can be in the wrong craft. That is why I got out of making stuff that nobody needs. … Everybody’s destiny is what it is. I just feel lucky that I somehow escaped from the confines of the business class. … I feel so fortunate that somehow I managed to break out of that world and get to do something that really had more meaning. It’s like David Brower used to say – to pay my rent for living on the planet.”

To pay that rent, he became a philanthropist – and it proved to be a calling he enjoyed even more than entrepreneurism. His focus was South America, where he founded the Foundation for Deep Ecology in 1990 and The Conservation Land Trust in 1992.

Along the way, he met and married Kristine McDivitt, who at the time was CEO of Patagonia – and was a conservationist herself. Together, they founded Patagonia National Park, which, when it’s completed, will be the largest park in Chile – covering 650,000 acres in the Chacabuco Valley.

Together, the two owned parts of Chile and Argentina that are equal in size to nearly two Rhode Islands – giving them the distinction of owning more than land than any other private individuals in history.

As his environmental endeavors grew, Tomkins became critical of the business world, even going so far as to say “I don’t think capitalism can survive,” but even as he damned it, he couldn’t help checking in on the companies he created. The North Face, in a statement, said he last visited the company two years ago and still proved inspiring to employees, even after all these years.

“He was a passionate advocate for the environment, and his legacy of conservation is one that we hope to help continue in the work we do every day,” the company said in post on its Facebook page. “He most recently visited our headquarters in Alameda, CA in 2013 and again inspired us to live a life of outdoor exploration. He will be missed.”

Those sentiments were echoed on Twitter by both admirers and corporations that worked with Tompkins.

Just learned that Doug Tompkins who founded @thenorthface passed. He has always inspired me to LIVE, to seek adventure, to be ME. RIP

We are deeply saddened by the passing of a mentor and friend, Doug Tompkins. He was truly, "A Force of Nature:" https://t.co/jWj849npqG