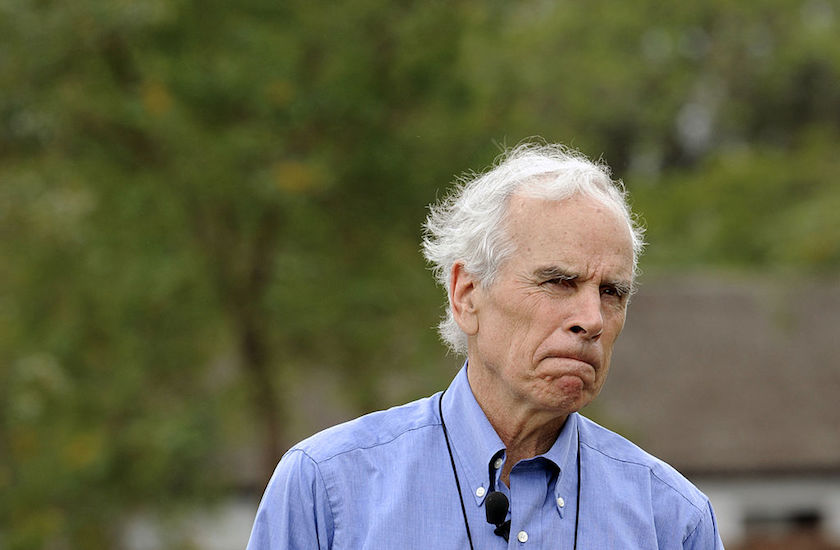 TO GO WITH AFP STORY US billionaire Douglas Tompkins talks in his property in Ibera, near Carlos Pellegrini in Corrientes Province, Argentina, on November 5, 2009. The founder of the clothing brand North Face, Tompkins, converted into ecology activist and committed to the vastness of the marshes in the heart of the province of Corrientes, the scene of a "green war" with the farmers. AFP PHOTO/DANIEL GARCIA (Photo credit should read DANIEL GARCIA/AFP/Getty Images)
Daniel Garcia—AFP/Getty Images

SANTIAGO, Dec 8 (Reuters) – U.S. environmentalist and businessman Douglas Tompkins, the founder of outdoor clothing and equipment company The North Face, died on Tuesday during a kayaking trip in Chile, local health officials said. He was 72.

Tompkins was on General Carrera Lake in Patagonia in southern Chile with a group of five others when his kayak flipped and he fell into the icy waters, the Aysen regional health service said in a statement. Local media reported that he was knocked over by a strong wave.

The service said he was admitted around 1:30 p.m. to the regional hospital in Coyhaique, some 1,140 miles (1,832 km) south of Santiago, but was pronounced dead of severe hypothermia hours later.

Tompkins’ body temperature was 66 degrees Fahrenheit (19 degrees Celsius) after being taken out of the water, the statement said. All five of his companions were unharmed.

Tompkins founded The North Face, now part of VF Corporation, in the 1960s as a small ski and backpacking retailer in San Francisco. The company markets clothing and gear to hikers, mountain climbers and other outdoor enthusiasts.

“We are all deeply saddened at the news of Doug’s passing. Doug was a passionate advocate for the environment, and his legacy of conservation will help ensure that there are outdoor spaces to be explored for generations to come,” the company said in a statement.

Tompkins also co-founded clothing company Esprit, which started with he and his then-wife selling clothes out of the back of their car before becoming an internationally recognized brand, according to his conservation website.

Tompkins later grew into an active environmentalist. He began acquiring vast tracts of land in the Patagonia region of Chile and Argentina in the 1990s, which he converted into protected nature parks.

Among the most well known are Pumalín, Corcovado and Yendegaia, which are visited by thousands of tourists each year.

He was also part of environmental advocacy group “Patagonia Without Dams,” which opposed the construction of huge dams for power generation company HidroAysén.