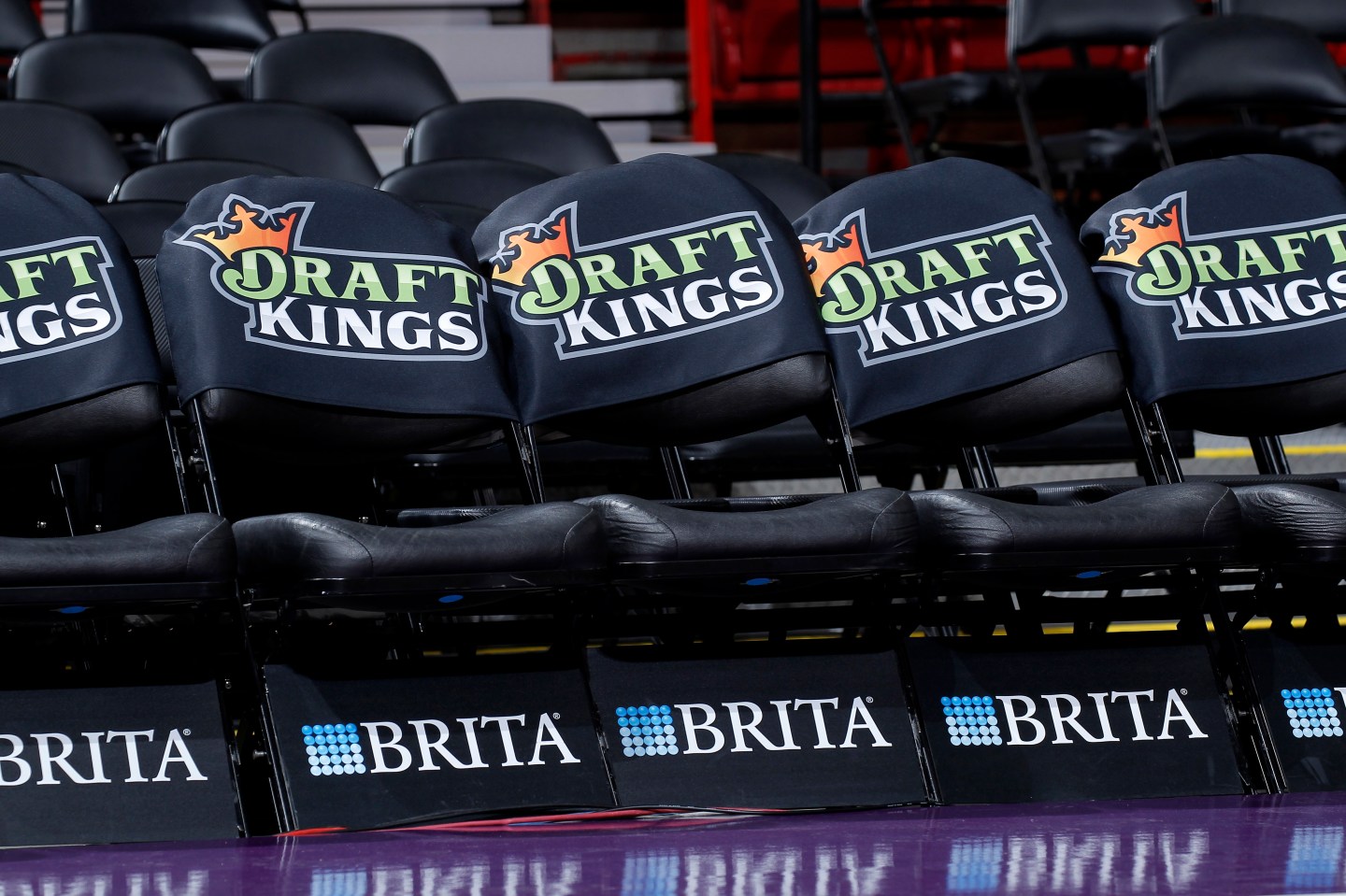 SACRAMENTO, CA - OCTOBER 30: A shot of chairs draoped with Draft Kings covers prior to the game between the Los Angeles Lakers and Sacramento Kings on October 30, 2015 at Sleep Train Arena in Sacramento, California. NOTE TO USER: User expressly acknowledges and agrees that, by downloading and or using this photograph, User is consenting to the terms and conditions of the Getty Images Agreement. Mandatory Copyright Notice: Copyright 2015 NBAE (Photo by Rocky Widner/NBAE via Getty Images)
Rocky Widner NBAE/Getty Images

At a hearing in Albany on Tuesday, members of the New York State Assembly gathered to discuss daily fantasy sports.

Its purpose, according to a public notice, was to “examine daily fantasy sports games in New York State and their impact on New York consumers and the State.”

DraftKings and FanDuel, the market-share leaders of an exploding industry, have come under heavy fire from lawmakers for more than two months after a flood of television advertising and a scandal over “insider play” made them newly visible to wary politicians.

New York Assemblyman Gary Pretlow, chairman of the Racing and Wagering Committee, oversaw the hearing. It took place as all parties involved still anxiously await a ruling from a separate hearing that was held on November 25 in Manhattan after Attorney General Eric Schneiderman sent cease-and-desist letters to DraftKings and FanDuel and subpoenaed Yahoo (YHOO). The judge in that matter, New York Supreme Court Justice Manuel Mendez, said on Nov. 25 that he would make a decision “very soon” and specified “one to two weeks.” Wednesday will mark the two-week mark; there’s been no decision yet.

Pretlow said back in November that he had been “hoping to get some insight into the whole working of fantasy sports in general,” and at Tuesday’s hearing, he got nearly five hours of insight from five different attorneys—some representing FanDuel, some DraftKings, and some the Fantasy Sports Trade Association.

Lawyers for fantasy sports companies continued to stick to the argument they’ve made all along: that fantasy sports are legal under New York state law, and always have been. Article 225 of New York penal law defines a contest as gambling if the player, “stakes or risks something of value” on an event where the outcome is “not under his control or influence.” Both of those phrases were dissected and debated at the Assembly hearing, even though Pretlow clarified, “We’re not here about the legality of fantasy sports. That is in the courts right now… What we’re interested in is regulation, licensure, consumer protection.”

Jonathan Schiller, outside counsel for DraftKings, addressed that contradiction head-on. “The fact that [daily fantasy sports players] cannot control the performance of real-world athletes is irrelevant.”

Not everyone would buy that argument. Yes, a daily fantasy contest simply pits lineup against lineup—but the success of those lineups depends on how well each pro athlete in the lineup plays in real life. Judge Mendez made that very observation at the November 25 hearing in Manhattan, commenting that fantasy sports players appear to be “relying on someone else’s skill.” It’s an opinion that may be a bad sign for DraftKings and FanDuel in the pending decision that will impact their future in the state of New York.

But even more ominous for the industry are some of the things Pretlow said on Tuesday.

1.) His opinion is that daily fantasy sports does constitute gambling under New York law.

2.) He praised Attorney General Eric Schneiderman. DraftKings counsel Schiller had criticized Schneiderman, saying, “I do want to get into the Attorney General’s allegations…he offers no facts… he offers no statistical evidence.” Pretlow responded, “I don’t want to speak for the Attorney General, but I know he’s a learned man. He wouldn’t say something that isn’t true.” It may not be surprising that a state assembly member would voice support for the state attorney general. But if Pretlow’s kind words are a sign that he trusts in the views of Schneiderman, it is not good for DraftKings and FanDuel, which Schneiderman wants banned from the state. (The Assembly, on the other hand, is not attempting to block the companies, it is merely looking into them and considering regulation.)

3.) Pretlow repeatedly pointed to DerbyWars, a web site for fantasy horse-racing tournaments that was recently sued by the owners of racetracks in California and Maryland. He asked Peter Schoenke, chairman of the FSTA, whether that is “part of your organization.” Schoenke, reluctantly, had to say that it is; the FSTA is a trade group that represents the interests of daily fantasy sports operators. Pretlow appeared to see DerbyWars as a business that brings a negative association to the industry.

4.) Pretlow asked Schoenke to explain to him how daily fantasy sports actually works. That may be the most fascinating problem vexing this industry right now: the fact that many of the officials investigating daily fantasy do not understand the product itself. That creates a problem not only for them, but for the companies under the microscope. Politicians are being tasked with determining the legality of something that, in many cases, they had never heard of until this fall.

Put simply, daily fantasy works the same as traditional fantasy sports, with the difference that it is daily: for an NFL contest, a user selects a team of football players that are playing in the next few days. The user chooses a quarterback, two running backs, three wide receivers, and so on. Unlike in “season-long” fantasy, where your team is yours for the entire year (though you can make trades), your lineup only applies to that single contest, and you can enter an entirely new lineup in a different contest.

Some might argue that to fully understand how DraftKings and FanDuel work, a politician should download their apps and enter a contest. But it is unlikely that most are doing so.

Assemblyman Dean Murray, on the other hand, happily identified himself as a “DraftKings account holder” and stated that he believes daily fantasy is a game of skill. He has sponsored two separate bills seeking to legalize them in the state.

Even Murray said he’d like to see the industry be regulated. He offered this comparison: “Daily fantasy sports is nothing more than day trading for sports fans.”

As this hearing was merely to discuss the industry and not to rule on it, DraftKings, FanDuel, and everyone else involved will continue to await a ruling from the other hearing with bated breath.

For more on DraftKings, watch this Fortune video: