Will Apple Jump Into 3D Printing? 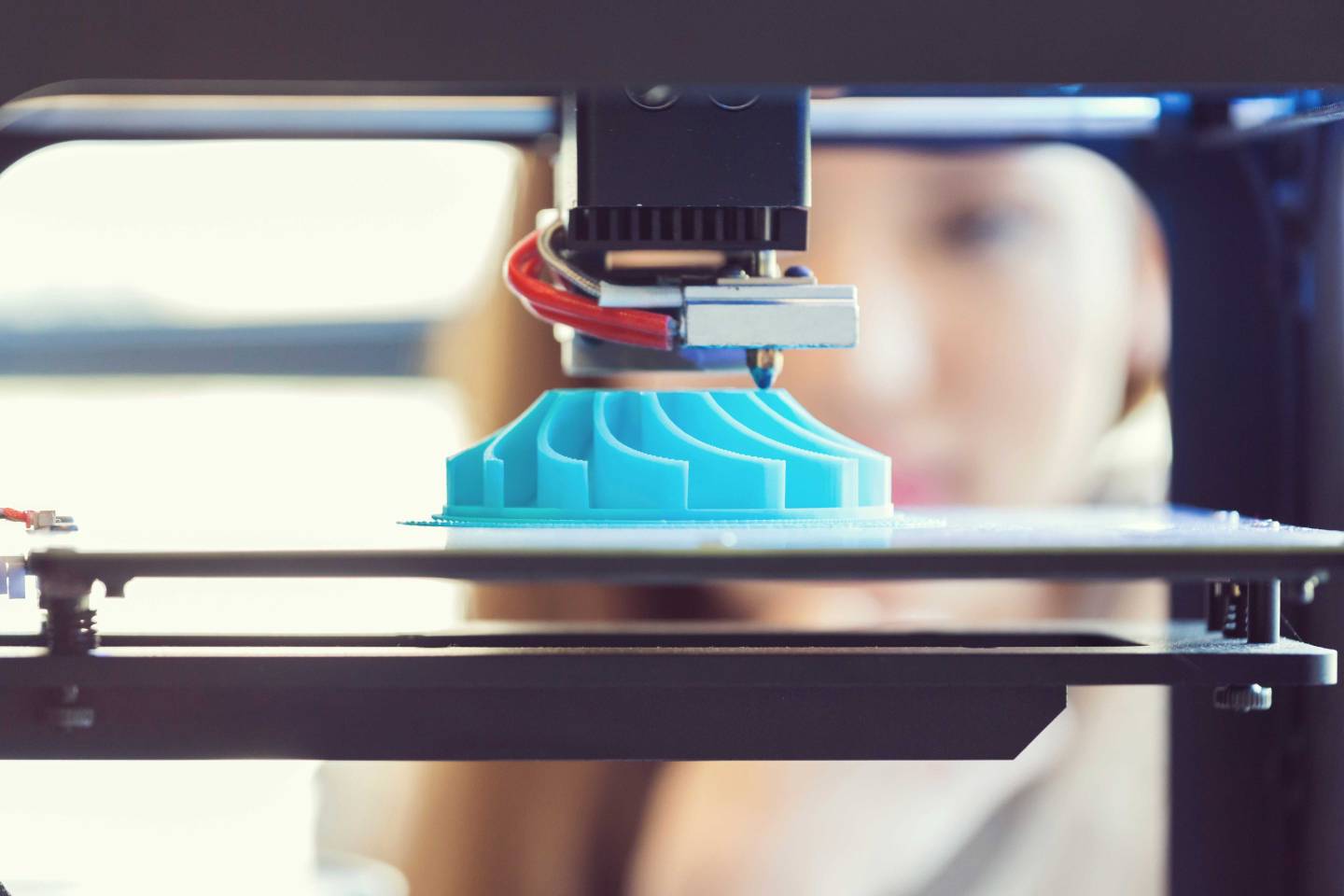 Well-known names in the computing world—Toshiba, HP Inc.—have begun staking their respective claims in a growing market for 3D-printing technology. Could Apple be next?

A patent application submitted by Apple shows the company’s at least thinking about it. (A request for Apple’s comment on the application was unreturned.) Of course, it’s one thing to create intellectual property around a product, and entirely another to develop and commercialize it. Still, Apple’s patent application—which was submitted in May 2014 but published last week—is interesting for what it does describe: A 3D printer that could simultaneously print an object and apply color to it.

Printing multicolor 3D objects would make sense on a smaller scale for people and small businesses who want a desktop printer for making replicas of favorite toys or models of cars, for instance, and having the ability to make multicolor 3D prints seems to be one of the barriers to heartier adoption of 3D printers by consumers interested in buying one for the home.

The patent application from Apple (AAPL) speaks to that exact conundrum: “To extend the use of 3D printers to more industries and encourage more household use, it may be desirable to improve the 3D printing technology to make objects that are more versatile and useful to an everyday consumer.”

Some options for printing multicolor 3D objects do exist. But multicolor 3D printing remains an elusive process. In the desktop 3D printing realm, it’s one that usually requires a 3D printer with multiple extruder heads—the parts of the printer depositing the build material—and, therefore, more money. Both 3D Systems and Stratasys, through its MakerBot unit, offer desktop 3D printers with multiple extruder heads for this type of multicolor printing for around $2,500 each. Pausing a print job and swapping in filament of a different color is also an option for multicolor 3D printing, although there’s a risk of dust damaging the print or clogging the extruder.

What Apple appears to be outlining in this patent application is, instead, a 3D printer with two nozzles where only one is for extruding the material to build the 3D object, and the other applies color using paint or ink.

As one of the pages of Apple’s patent application declares: “An efficient inexpensive process is needed to color 3D objects while they are printed by a 3D printer.”