How Stinky PJs Launched a Crusade Against the Chemical Industry 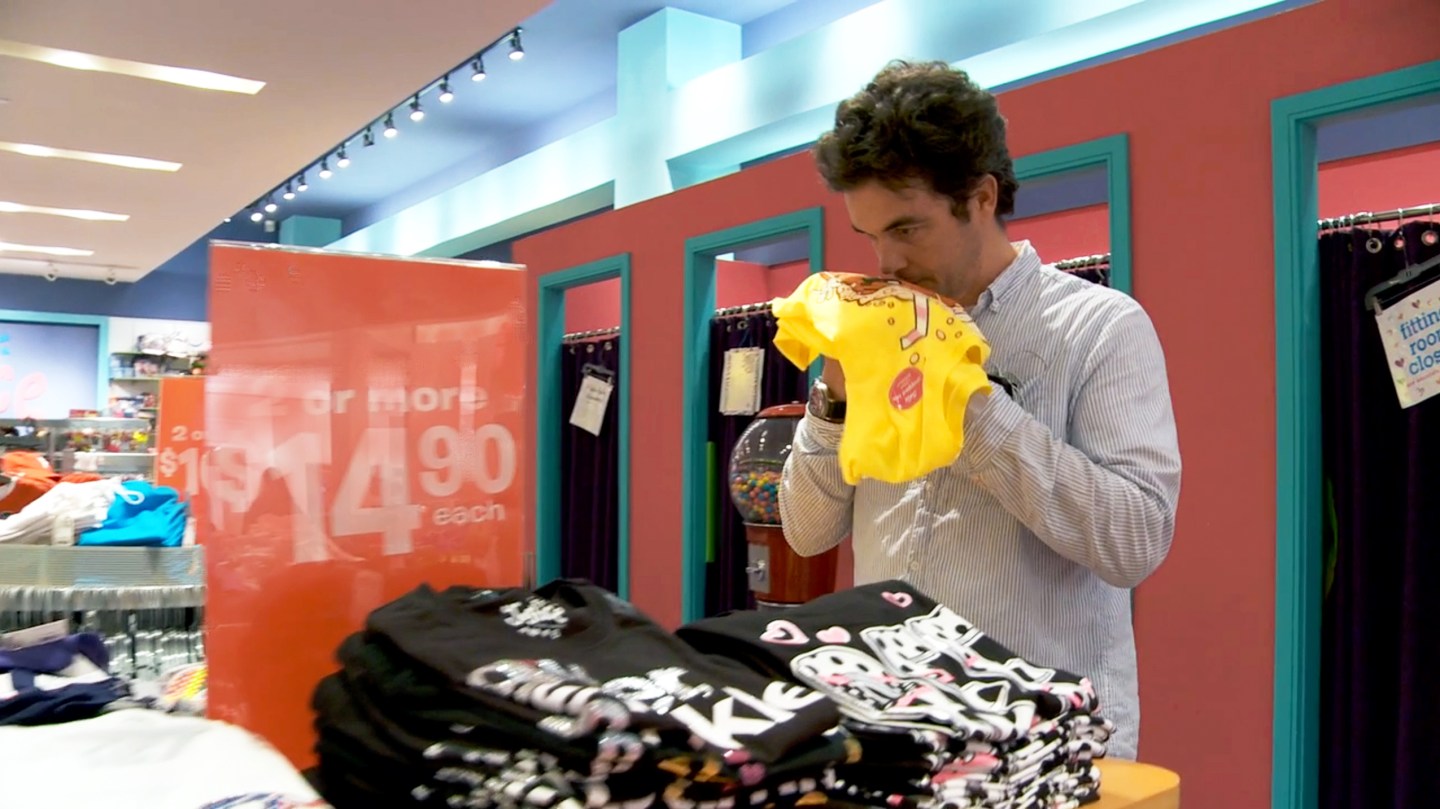 Parents of young children all know about smelly pajamas. Few would consider them good source material for a motion picture.

Still, the documentary Stink! — which may cause clothiers, fragrance makers and cosmetics manufacturers to lose some sleep — emanated out of the PJs that director Jon Whelan bought his young daughters for Christmas 2011. When they opened the package, they said, they were greeted by a chemical “stench.”

Deciding to find out what was what, Whelan explored the customer-service route, got a runaround and decided to turn his subsequent inquiries into a crusading, Michael-Moore-like documentary — about industry’s use of questionable chemicals, the lack of government oversight over these chemicals, and the companies that exercise the freedom not to be fully transparent on their product labels.

Whelan, who developed and then in 2000 sold the domain-name resale site Afternic, said he’s been working on the movie full-time for the last four years. (His own company, Net Return Inc., is distributing ‘Stink!,” which opened in New York last week, before expanding to additional markets.) The filmmaker’s wife, Heather, seen throughout the movie in home-video flashbacks, died of breast cancer nearly seven years ago.

Whelan is careful not to connect his wife’s illness to exposure to any particular chemicals, but he gives screen time to advocates who cite a variety of statistics: In the 1960s, says one, the odds of contracting breast cancer among women was one in 20. Today, it’s one in eight.

What “Stink!” claims is that there are so many chemicals in the average person’s environment — from the flame retardants in furniture, to the formaldehyde in nail polish – that the cumulative effect could be having a deleterious effect on the nation’s health. As the movie notes, nearly 1,500 chemical ingredients are currently banned by the European Union. Only 11 of those ingredients are banned in the United States; formaldehyde, propylparaben, lead acetate and other carcinogenic chemicals are often found on cosmetic shelves.

The battle, which plays out in the film, is between advocates who want full disclosure on product labeling and companies that don’t. Among the principal targets in the film, which opens Friday in Los Angeles, is Justice, the tween clothing chain operated by Tween Brands, a subsidiary of Ascena Retail Group Inc. And the maker of those odoriferous pajamas.

In the film, Michael Rayden, Justice’s now-retired CEO, defends the companies’ polices as appropriate. “Our customers always come first,” Keriake Lucas, a spokesperson for Tween Brands, later told Fortune. “And we work diligently to see that our products are safe and meet regulatory requirements.”

Whelan dismisses such arguments. “I went to business school,” said Whelan, who has an MBA from Fordham, “so I can look at this through an economic lens. They don’t have to disclose the chemicals in the short time, and in the long term, they don’t want any liability.”

Whelan’s main contention is that regulatory requirements are too lax when it comes to ingredients in clothing, cosmetics and cleaning products. Anything declared “proprietary” by a manufacturer need not be disclosed any further; the Food and Drug Administration and Consumer Products Safety Commission don’t test products for the presence of suspected carcinogens and endocrine-disrupting chemicals (EDCs).

Both were discovered, Whelan says — after he ordered an analysis by an independent laboratory — in his daughters’ pajamas.

“The website didn’t say the pajamas were supposed to have scent, which is partly why I looked into it,” Whelan said. What they included were phthalates, an endocrine disrupter linked to breast cancer.

There’s been some action in this area recently, some the result of legislative agitation, some due to bad PR and Wall Street: Whelan pointed to companies like Lumber Liquidators, which suffered a skid in share price after the ingredients in its flooring, including formaldehyde, were disclosed earlier this year. “All those chemicals they recently committed to eliminating,” Whelan noted, “we found in Justice clothing.”

The Consumer Products Safety Commission did not respond to Fortune’s request for comment, and Lauren Sucher, a spokesperson for the FDA, told Fortune that since the agency hadn’t yet seen the film, “the FDA cannot respond to issues raised in the film.”

But Ms. Sucher did verify some of Whelan’s positions. Under the Federal Food, Drug, and Cosmetics Act, for instance, she said, “cosmetic products and ingredients, except for color additives, do not require premarket approval.” The Federal Food Drug and Cosmetic Act, she added, “does require that cosmetics must not be ‘adulterated’ or ‘misbranded.’ This means they must be safe for consumers when used according to directions on the label, or in the customary or expected way, and they must be properly labeled. It also means they must not be prepared, packed, or stored in a way in which they may have become contaminated or harmful to health.”

She did not deny that the “proprietary“ label precludes any demand for further disclosure, or that ingredients deemed harmful in, say food, could be included in other products. These would include formaldehyde and phthalates.

“Safety and transparency are separate issues,” Whelan said. “What’s happened in the past is that industry has argued ‘it’s safe; we don’t have to disclose.’ But they don’t have to prove that it’s safe.”