There’s No End in Sight to Sears’ Huge Sales Drops 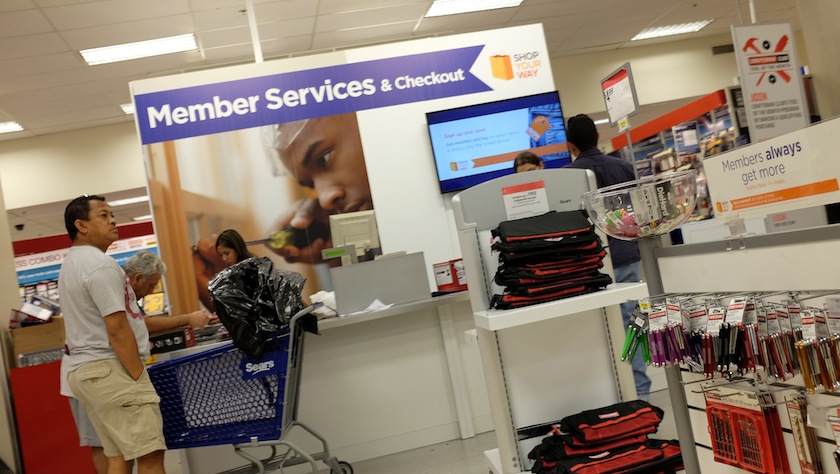 Another quarter, another set of dismal financial results from Sears Holdings (SHLD).

The quickly shrinking retailer reported on Thursday that comparable sales last quarter fell 7.5% at its Kmart discount chain and 9.6% at its namesake stores. That was despite closing many underperforming locations, and the results were well below those recently posted by rivals ranging from Walmart (WMT) to Macy’s (M).

Sears tried to downplay the poor showing, saying half the decline in the comparable sales was from apparel and consumer electronics—categories that offer low margins. That’s true, but the problem for Sears, like other department stores and general merchandise retailers, is that those segments still represent a huge percentage of sales, so in essence, the company is saying its basic business still stinks.

Sears, which has been undergoing a protracted “transformation,” said it is changing how it sells electronics so it “requires less working capital,” a move that has led to the sales declines but one which Sears claims is helping profitability. The company was candid enough to say such changes in its clothing business have not begun to pay off, but Sears was vague on what those changes entail.

“We recognize a lot of work remains and we have brought in a number of experienced leaders to drive our business forward,” Sears CEO Eddie Lampert, also its top shareholder with a nearly 50% stake, said in an otherwise upbeat statement.

Sears’ goal is to become a nimbler retailer that doesn’t need as much physical space, while focusing on serving members of its loyalty program and relying more on services like its appliance repairs. But for now it still looks like a traditional brick-and-mortar retailer—despite years of closing stores, it still has 1,687 locations (952 Kmarts and 735 Sears).

To be fair, Sears has made some progress: Deft cost cutting and improved profits lowered Sears Holdings’ net loss, but it still lost $454 million in the quarter ended Oct. 31, adding to the billions it has bled in the last few years. (Sears has had a net loss in 13 of the last 14 fiscal quarters.)

The Wall Street Journal in a story this week quoted financial firm Evercore ISI as estimating that Sears would continue to burn through $1 billion in cash annually.

To avoid a cash crunch, Sears has sold off assets like Lands’ End and its stake in Sears Canada, as well as spinning off real estate into an investment trust, moves that have generated billions of dollars and given it room to maneuver as its tries to execute its reinvention.

But the pressure is building for Sears to have more to show for its transformation efforts than a few points of gross margin improvements here and there.