Only 6% of Cities are Preparing for Driverless Cars 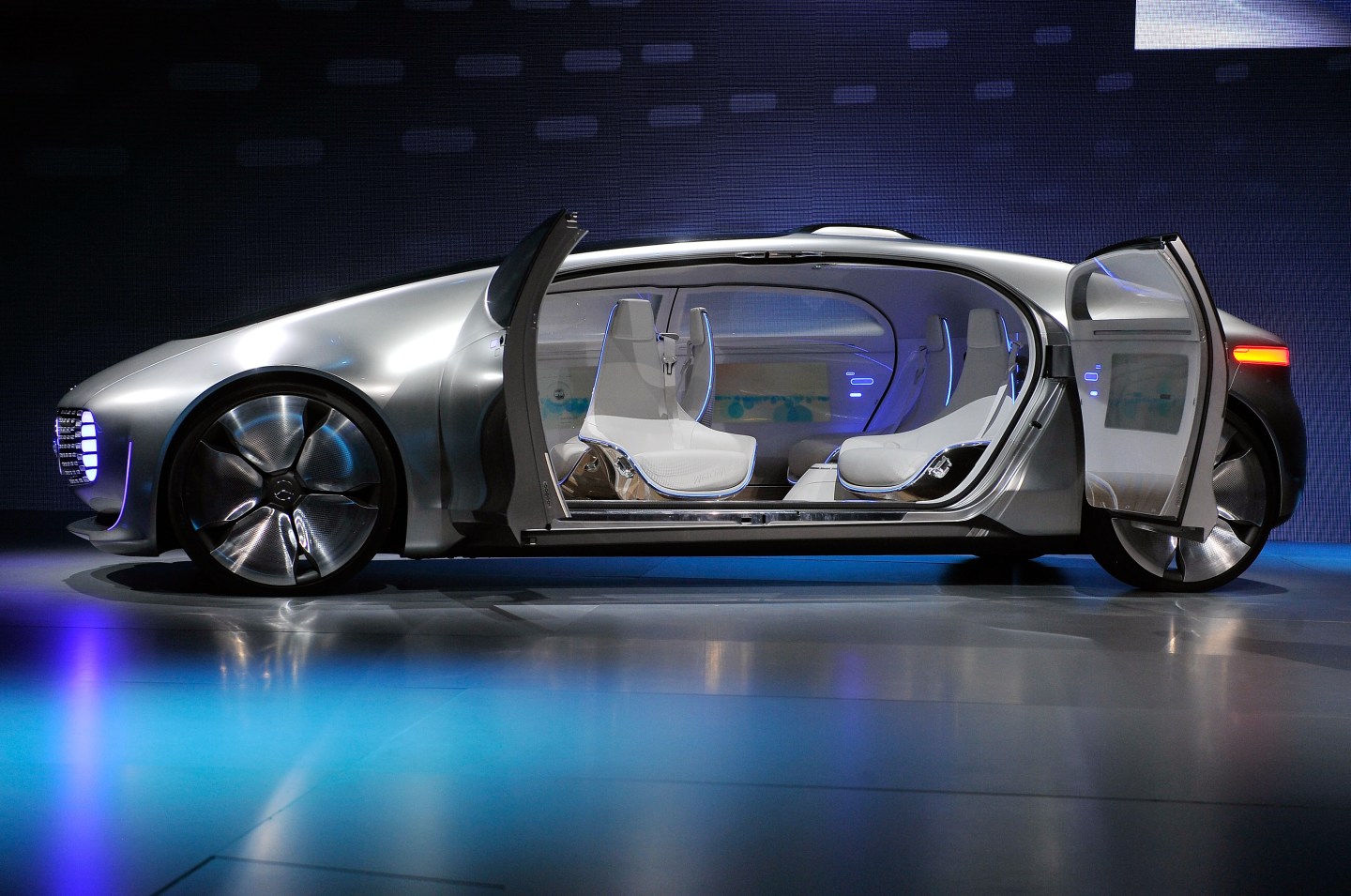 LAS VEGAS, NV - JANUARY 05: A Mercedes-Benz F 015 autonomous driving automobile is displayed at the Mercedes-Benz press event at The Chelsea at The Cosmopolitan of Las Vegas for the 2015 International CES on January 5, 2015 in Las Vegas, Nevada. CES, the world's largest annual consumer technology trade show, runs from January 6-9 and is expected to feature 3,600 exhibitors showing off their latest products and services to about 150,000 attendees. (Photo by David Becker/Getty Images)
Photograph by David Becker — Getty Images

In a study released last month, the National League of Cities found that only 6% of cities’ current long-term transportation plans consider the potential effects of driverless car technology.

That’s despite claims by manufacturers like Nissan, Volvo, Toyota (TM), and Google (GOOG), who say autonomous vehicles will arrive by 2020–which is (amazingly) just five years from now.

That gap is worrying, because some of the biggest benefits of autonomous vehicles will come in conjunction with careful infrastructure planning. Those benefits could include not just smoothed traffic and shorter commutes, but the ability to convert a lot of parking into higher-value real estate. You’d think that would have cities salivating.

“Planners, and everyone, can be forgiven for thinking, oh, that’s the distant future,” says Daniel Hadley, chief of staff for the mayor of Somerville, Massachusetts. It’s only in the last year or two that driverless cars have gone, even among the technorati, from far-future daydream to apparent inevitability. Since many transportation masterplans are drafted every five years, or even less frequently, planners these days are likely more aware than that 6% number suggests.

But few are keeping up with Somerville, which recently announced the Urban Future Initiative. The research partnership with Audi will begin seriously studying how driverless cars interact with urban space, and testing real-world solutions to make the most of it. Somerville is “kind of like the Brooklyn of Boston,” according to Hadley—one of the densest and youngest areas in the country, which helps push transit and innovation to the top of leaders’ agenda.

Hadley says that, though the project is still in its early stages, Somerville and Audi will be focusing on a few key areas: traffic signaling, parking, and on-demand transit. Audi and other automakers are hammering out standards for “smart city” communication that would, for example, let a traffic light wirelessly alert an oncoming driverless car of a red light. Somerville’s first move to integrate driverless cars, Hadley says, will probably be upgrading existing traffic lights with those wireless capabilities.

But Somerville’s biggest bets will be new development projects fundamentally shaped by driverless technology. Despite recent worrisome cost overruns, a new train connection will soon link Somerville directly to downtown Boston. Somerville is centering a major development around the new Union Square transit hub, including new housing and retail components. To make the most of the limited and valuable space, they’re planning parking facilities specific to driverless cars.

Driverless cars will be parked fundamentally differently from the kind we have now, says Hadley. Parking won’t have to be as conveniently located, because our cars will, more or less, valet themselves. That means, among other things, less need for on-street parking. And with no need to open doors, self-parking cars can cram in much closer, or even stack themselves two or three cars deep. Early research has projected parking facilities built for driverless cars could be as much as 30% smaller than equivalent facilities built to park conventional cars. That means much more profit-generating retail or residential space in developments like Union Square.

Finally, Hadley says Somerville is considering some sort of public robo-taxi fleet. The first generation of driverless cars are likely to be expensive, but shared and/or public vehicles could make their benefits available to the students, young people, and immigrants who make up large proportions of Somerville’s population.

It’s true that, despite all the potential benefits, there are also many unknowns keeping city planners from moving more decisively to prepare for the driverless future. For example, some have argued that autonomous vehicles could actually make traffic worse. Somerville’s study will get us closer to real-world answers.

Are driverless cars safe? Watch this Fortune video to find out: