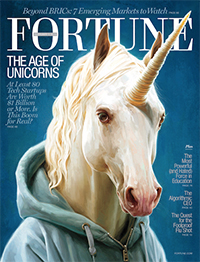 There are nearly three times as many technology startups valued over $1 billion in the United States as in Europe. But European companies may be a better bet for investors in the public markets: Newly listed tech stocks in Europe rally 20% on average in the first month after their initial public offering, handily beating the 6.7% gain for newly public technology companies in the United States, according to Bloomberg.

That statistic takes into account 11 European tech companies and 13 American companies that priced their IPOs this year.

At a lower revenue multiple, there is more value for early investors in an IPO, whereas in the United States, more value is captured by late-stage investors, which increasingly includes mutual funds like Fidelity Investments in addition to the well-established network of California-based Silicon Valley venture capitalists.

Some also point to Europe’s investing culture as a reason for its larger first-month rallies. In Europe, “investors want to get out in two, three years, so they’re less greedy when it comes to pricing a company,” Fernando Chueca, a director for Carlyle Group, told Bloomberg.

Of course, the two biggest American tech IPOs from the past month, Square (SQ) and Match Group(MTCH), are both up more than 20 percent from their debut price. Neither were included in Bloomberg’s data.

Although a few European tech companies, such as the music streaming giant Deezer, have put their IPO plans on hold due to unfavorable market conditions, there are still a few big debuts on the horizon. Oberthur, a French security company, is expected to list shares this month in what could be 2015’s largest European tech IPO. Sigfox, another French company that makes networks for connected devices, is also considering going public.

And venture capitalists on both sides of the Atlantic continue to push private European valuations ever higher, with 10 European software companies attaining valuations over $1 billion in 2015. HelloFresh, a British food subscription company, raised $84.7 million in September to make it worth $3 billion on paper. BlaBlaCar, a French carpooling startup, was valued at $1.5 billion after New-York based Insight Venture Partners led a $200 million round in July.

At those valuations, European technology IPOs might resemble Silicon Valley public offerings before too long.

Is it too late for unicorns to IPO? Watch this Fortune video: