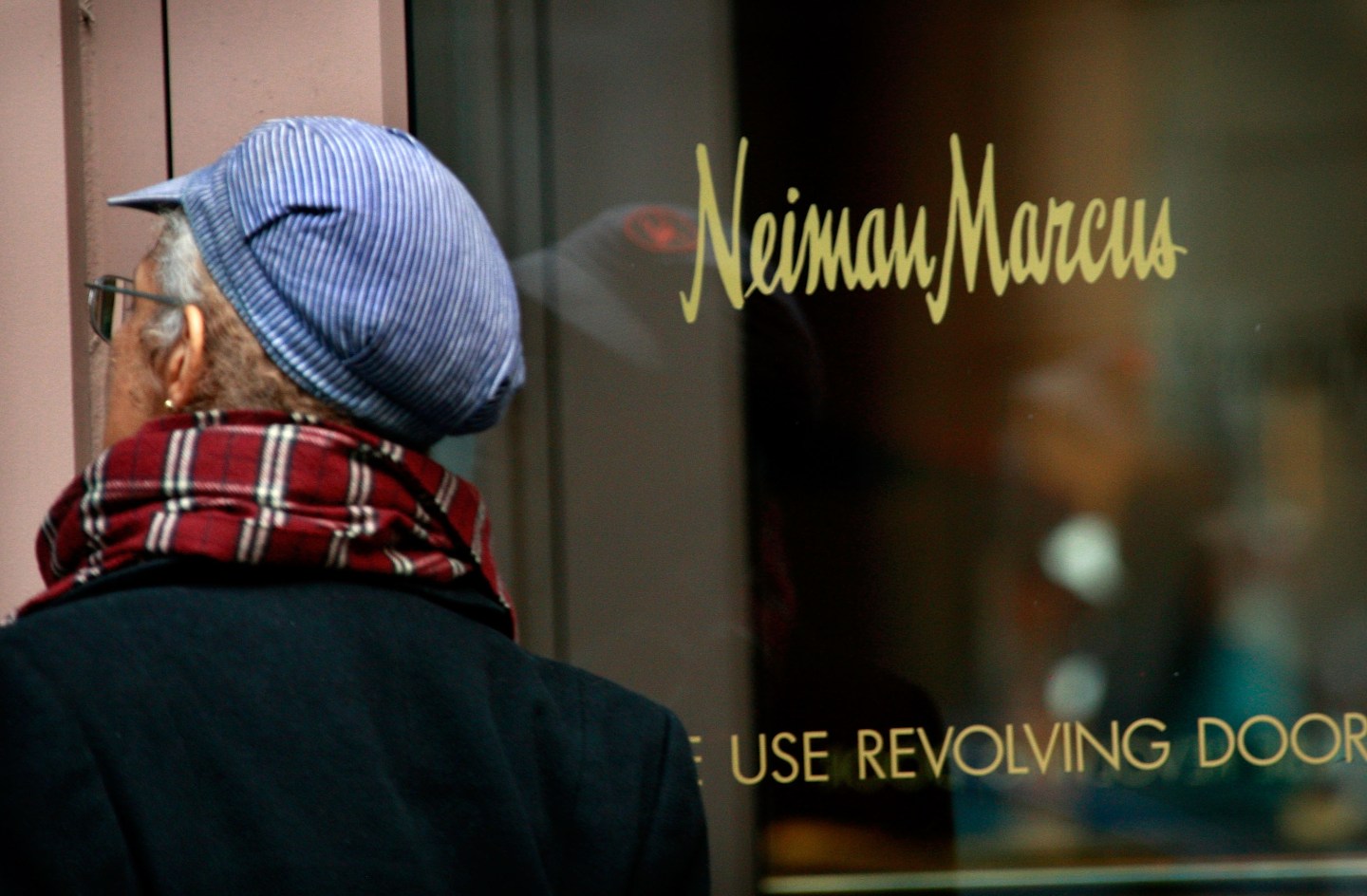 Disaster has struck Neiman Marcus twice this holiday shopping weekend as its web site suffered outages on Saturday for the second straight day.

The web site finally came back on line reliably on Friday evening, after 12 hours worth of an almost uninterrupted outage that frustrated its high-end clientele and likely cost the luxury chain millions of dollars on the single busiest shopping day of the year.

For a few hours on Saturday the site was functioning normally, but by mid afternoon it was down and out again. The outages were all the more unwelcome given Neiman’s plans to go public again at some point in the not too distant future.

As Fortune reported yesterday, Neiman Marcus shoppers going online were greeted with a home page saying “We’ll be back soon,” with customers unable to access the Black Friday deals of up to 60% the luxury department store had been touting. “Soon” turned out to be 12 very long hours.

To make it up to shoppers, Neiman told Fortune it would extend its Black Friday sale until 7 p.m. Eastern time on Saturday. It wasn’t clear whether that would be extended as a result of Saturday’s downtime.

Hopefully for Neiman, that will help it get back some of that lost business. But it’ll be tough: the retailer missed out on an e-commerce bonanza Friday. According to data released by Adobe, shoppers spent $2.74 billion on line on Friday, up 14.3% from 2014.

Unfortunately for Neiman, whose main competitors Nordstrom (JWN) and HBC’s Saks Fifth Avenue had no web problems, very little of that was spent at neimanmarcus.com.