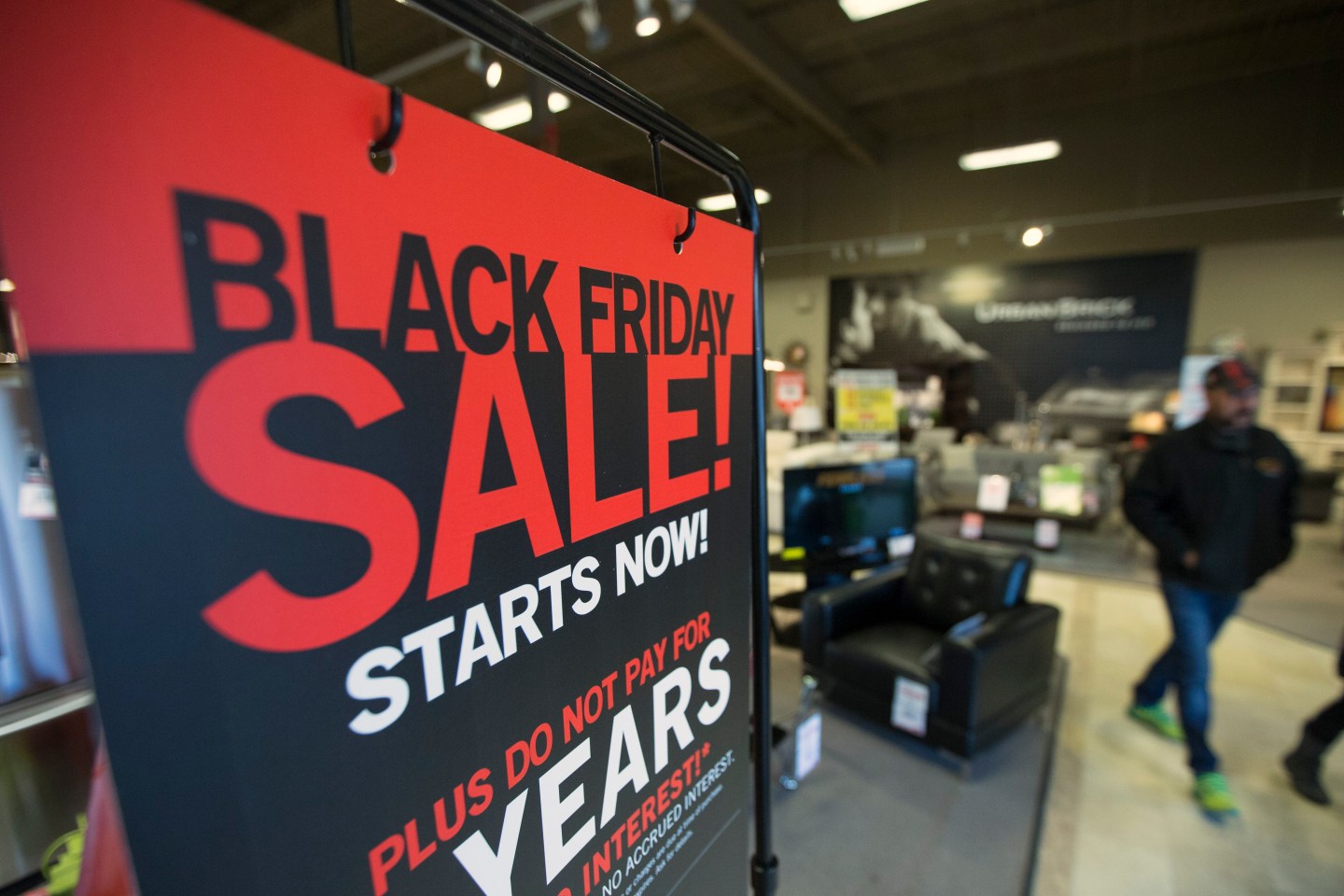 According to Adobe (ADBE) , the five best selling electronic products on Black Friday were Samsung 4K TVs, the Apple iPad Air 2, the Microsoft Xbox One, the Apple iPad Mini, and the Sony PS4. The five most popular toys were Lego Dimensions, Shopkin dolls, Lego Star Wars, Barbie Dream House, and Lego Friends. Consumers sought out the promotions on Thursday and Friday, with sales from limited online deals accounting for 40% of all online sales. In total, products sold online saw an average discount of 24%.

Forecasts expected mobile shopping to increase, and the results did not disappoint. During the two day period, one-third of online shoppers used their mobile phones to make purchases and smartphones represented a record 22% share of online sales, up 70% from 2014.

On Black Friday, shopping on mobile phones brought in $583 million in sales, and on Thanksgiving Day, mobile sales generated a record $639 million. While mobile shopping increased, shopping on tablets continued to decline. Tablets drove 15% of sales on Black Friday, a 2% decrease from the previous year.

Next up for online retailers is Cyber Monday, which is widely expected to be the largest online shopping day of the year. Adobe is forecasting $3 billion in online sales, which would be an increase of 12% from the previous year.

Online retailers are expected to have a very merry holiday shopping season in total. Analytics company comScore is projecting that people will spend $70.1 billion buying gifts online during the holiday season, which is a 14% jump from the previous year.

For more on Black Friday deals, watch this video: