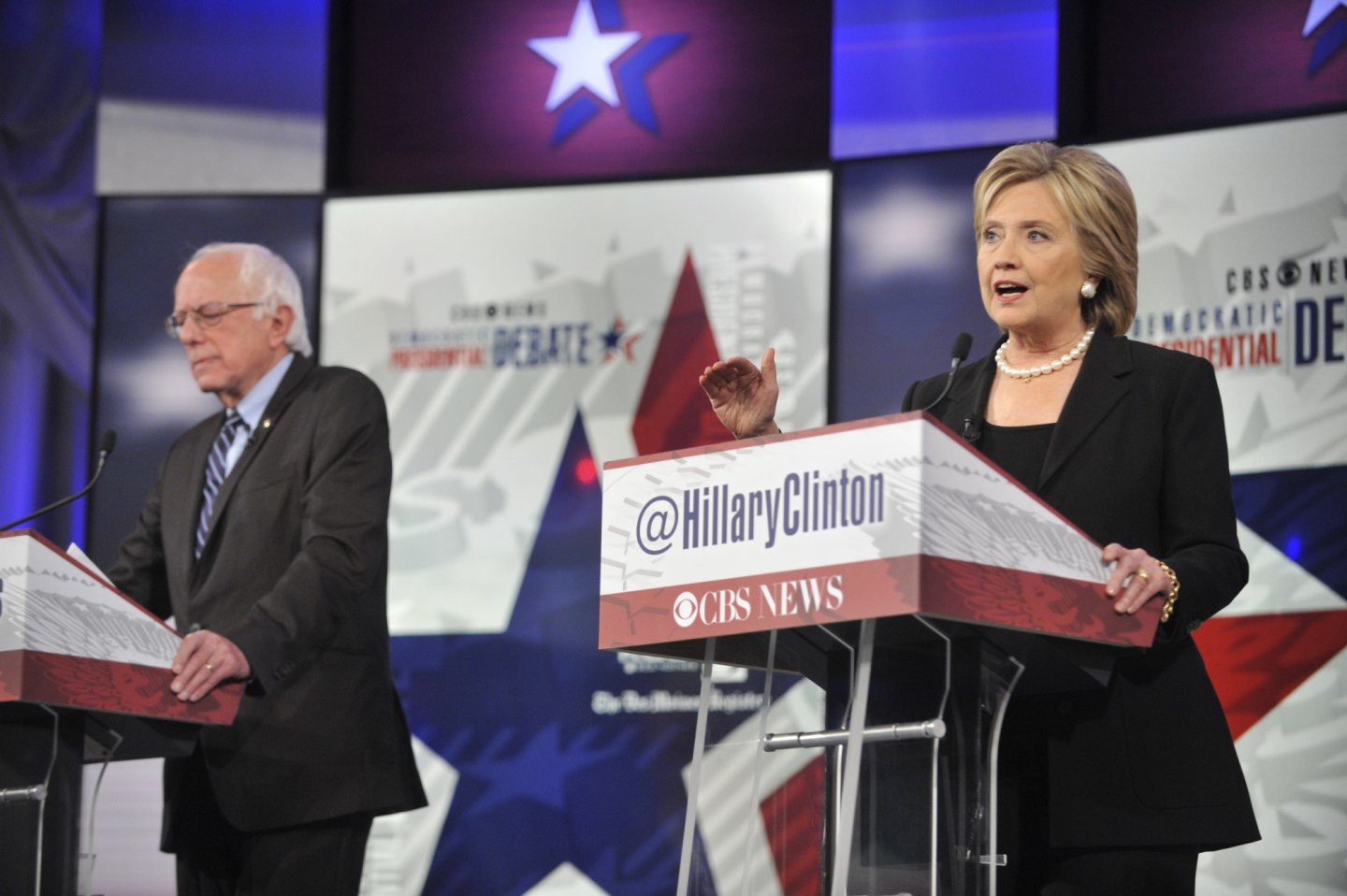 Hillary Clinton is going after her top Democratic rival, Bernie Sanders, for proposing tax increases on the middle class.

A spokesperson for Clinton’s campaign told Politico that Sanders is calling for about a 9% tax increase on middle class families just to be able to cover his proposed single-payer health care program. “Simple math dictates he’ll need to tax workers even more to pay for the rest of his at least $18-20 trillion agenda,” the spokesman said. “If you are truly concerned about raising incomes for middle-class families, the last thing you should do is cut their take-home pay right off the bat by raising their taxes.”

Sanders appeared on Real Time with Bill Maher last month to discuss his health care plan. Maher mentioned a bill that Sanders introduced in 2013 with the single-payer proposal. Maher said it had been rejected because it would have required too large a portion of the budget.

Sanders maintained that Medicare for all would be more cost effective than the system currently in place. He confidently stated that the government would only have to increase taxes on the wealthy to pay for all of his proposed programs.

“We may have to go down a little bit lower than [the top 1% of earners],” he told Maher, “but not much lower.”

In response to the comments made by Clinton’s campaign, a spokesperson for Sanders told Politico, “On Medicare for all, the middle class would be far better off because it would save taxpayers money. More people would get better care at less cost.”

Fortune reached out to the Clinton and Sanders campaigns for comment and will update this story if they respond.