IBM Teams Up With Nvidia for New Hardware for Watson 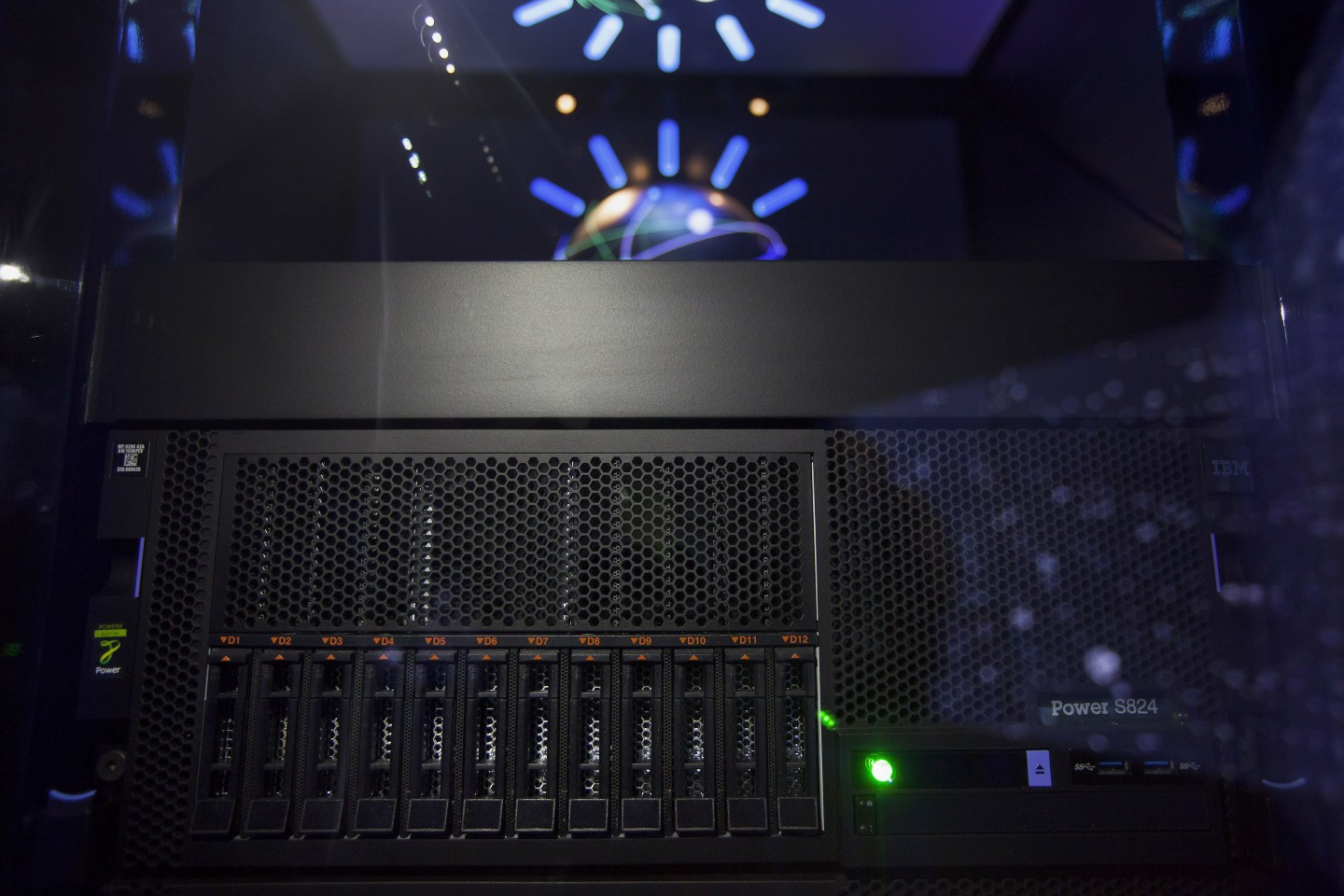 International Business Machines Corp.'s (IBM) Watson is seen in the immersion room during an event at the company's headquarters in New York, U.S., on Tuesday, Oct. 7, 2014. To help commercialize the technology famous for beating humans on the "Jeopardy!" game show, new languages such as Portuguese and Japanese are being added to the Watson service this year, said Stephen Gold, vice president of the Watson Group business. Photographer: Michael Nagle/Bloomberg via Getty Images
Photograph by Michael Nagle – Getty Images

Watson, the cognitive computing platform that IBM has staked its future on, is getting some new brains in the form of upgraded silicon from both IBM’s Power chips and some graphics processors from Nvidia. Combining Nvidia’s Tesla K80 GPUs with Watson’s typical Power-based silicon makes Watson 1.7 faster at responding to inquiries.

That means when Watson is aiding your doctor or serving as a customer care agent, the underlying Nvidia hardware can enable a faster response time. It also makes the overall system 10 times faster in general, which means it’s better at deep learning when Watson is trained to learn a new skill.

The tie up isn’t just good for folks using Watson, it’s good for IBM (IBM) and Nvidia (NVDA), because it links the two companies that are currently making the most advances in building hardware for artificial intelligence together.

Building software that makes inferences and establishes context from the increasing amounts of information that we’re generating from connected devices is the next big game changer in technology. And companies don’t want to get left behind, which is why firms from Apple to Google are investing in research that helps computers make sense of the world without people explicitly telling them what to do.

MORE: Here’s Why Toyota Is Spending $1 Billion on AI in Silicon Valley

The software that these researchers are building runs best on hardware that can break down a job into many parallel tasks, which is perfectly suited for graphics processors and other accelerators like IBM’s Power architecture.

As Fortune wrote last week, chipmakers are trying to build specialized silicon to meet the needs of artificial intelligence software, such as the Watson cloud computing platform, because they think it will be the next big moneymaker for them. So IBM and Nvidia’s deal makes a lot of sense, especially because by adding Nvidia in, IBM brings in a whole range of developers that are more comfortable building for Nvidia’s platform as opposed to IBM’s more esoteric Power platform. That will widen the range of potential software applications written for Watson and make it more useful and generate more revenue for IBM in the long run.