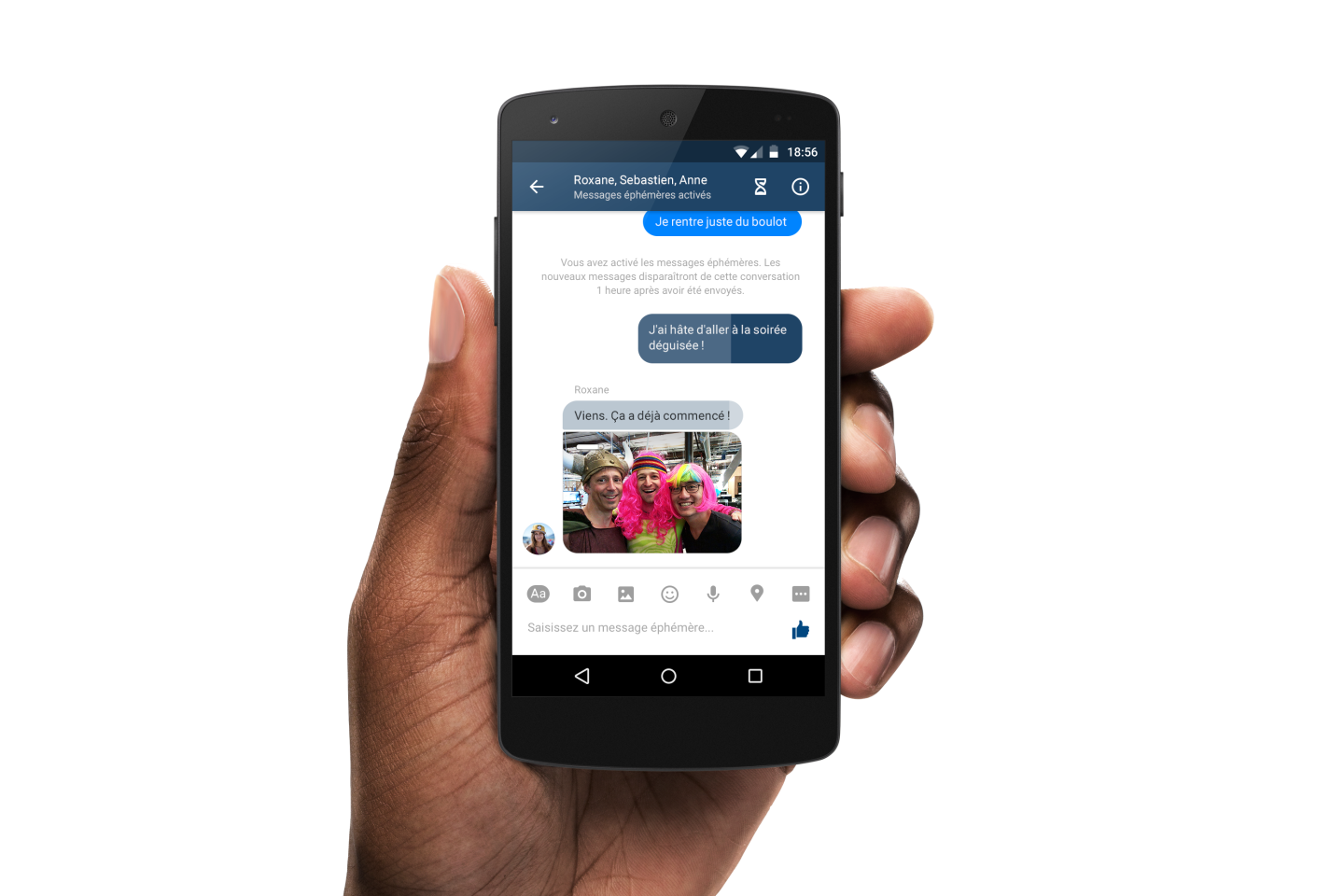 Facebook is testing disappearing messages, à la Snapchat, in its Messenger app in France, the company confirmed on Thursday.

The new feature, first spotted by BuzzFeed, lets users choose to have their messages disappear after one hour. Users can turn it on and off by tapping on an hourglass-shaped icon at the top right corner of the screen. The feature only affects the conversation the user is currently in, Facebook (FB) says.

“We’re excited to announce the latest in an engaging line of optional product features geared towards making Messenger the best way to communicate with the people that matter most,” the company said in a statement to Fortune via email. “Starting today, we’re conducting a small test in France of a feature that allows people to send messages that disappear an hour after they’re sent. Disappearing messages gives people another fun option to choose from when they communicate on Messenger.”

This is the first ephemeral messaging feature incorporated into a core Facebook product. However, the social network released a separate app, Slingshot, in June 2014 that let users send photos and videos that disappear after a certain amount of time. Slingshot’s release was also seen as an attempt by Facebook to get in on the ephemeral messaging craze Snapchat started.

Before Slingshot, Facebook released Poke in late 2013, another standalone mobile app that closely resembled Snapchat but failed to gain any real traction. Unlike Slingshot, Poke included the ability to send text-based messages that would disappear after being viewed by the recipient. Though Snapchat eventually added text-based messages users could send, it was not a feature of the app for quite some time.

The disappearing messaging feature is currently only available for iOS and Android users in France. Facebook might roll it out to other markets, but there are no concrete plans at the moment, according to a spokeswoman. Messenger currently has 700 million monthly active users worldwide.