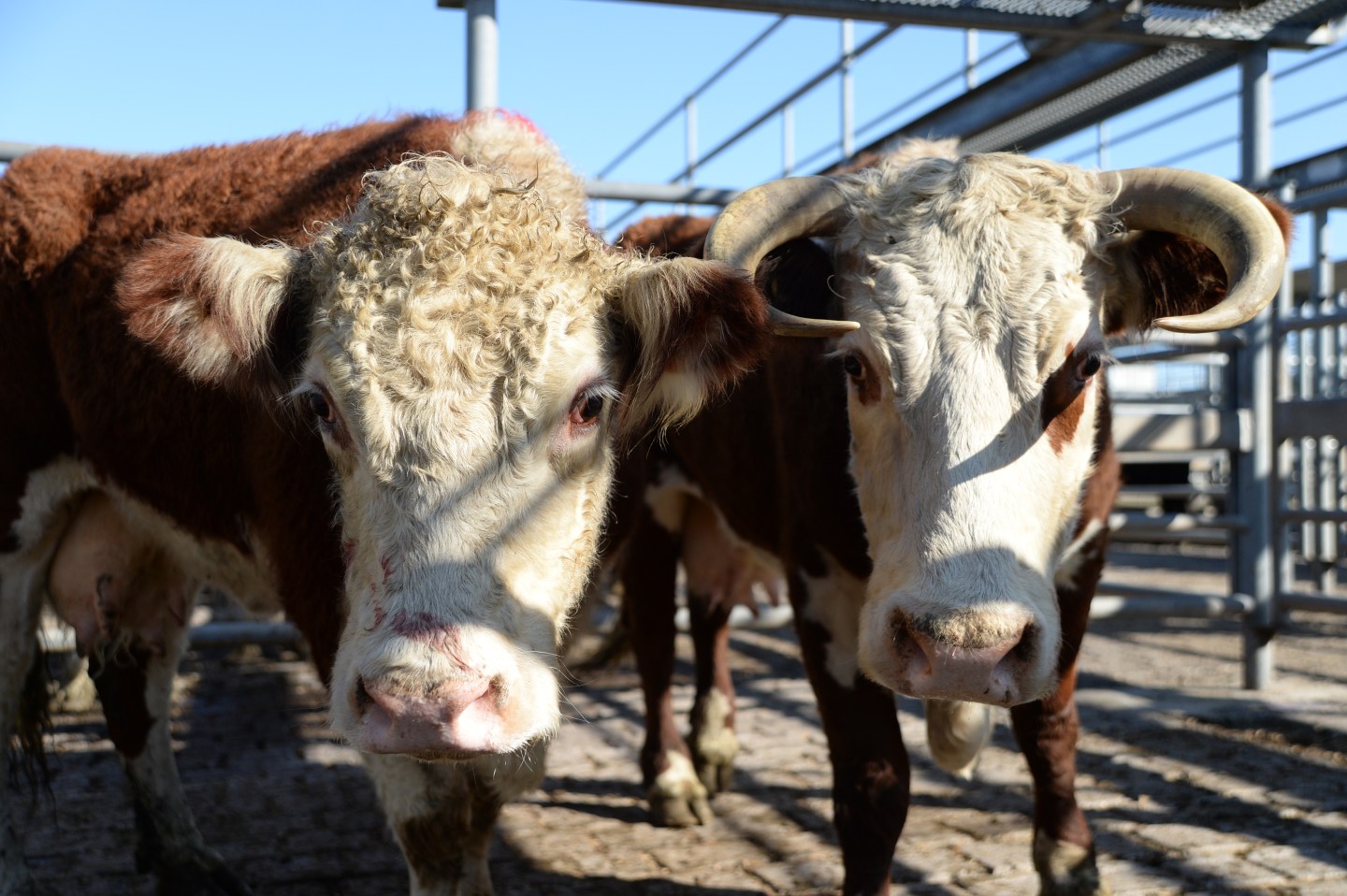 Cattle stand in pens during a live cattle auction at the Central Victoria Livestock Exchange in Ballarat, Australia, on Monday, Sept. 2, 2013. Australia exports A$30.5 billion ($29.4 billion) of food per year and produces enough to feed the nation of 23 million people twice over, according to the National Food Plan released by the Department of Agriculture, Fisheries and Forestry. Photographer: Carla Gottgens/Bloomberg via Getty Images
Photograph by Bloomberg via Getty Images

Australia is giving a whole new meaning to the phrase “cattle class.”

The flight was managed by Elders Ltd., a rural-services company based in Adelaide, Australia, which has seen its profit grow due to rising demand for fresh beef in China.

China is consuming more beef than ever. About 30 years ago, pork made up over 90% of the country’s meat consumption; now it’s less than 60%. Much of that void is being filled by beef, which has increased in price fourfold since 2000. Rabobank projects that by 2025 China will consume 2.2 million more tons of beef than it does now.

Boat travel is only sufficient when importing livestock to coastal cities. Because of certain regulations, imported live animals’ point of entry can’t be more than 55 miles away from their quarantine area. In order for fresh beef to be sold to inland cities in central China, air travel is necessary.

The first flight was just a test, but Australian livestock-suppliers believe that the extra cost will be worth it, partly because the value of beef is higher in China where every part of the animal gets used. Importing live animals provides locals in central China with the opportunity to purchase fresh internal organs.

However, these suppliers are receiving some backlash from animal rights groups that believe the cattle suffer from stress during travel. The Royal Society for the Prevention of Cruelty to Animals in Australia told Bloomberg that “the Australian government is best to instead focus on the chilled and frozen beef industry rather than putting the welfare of more Australian animals at risk by sending live cattle to China.”