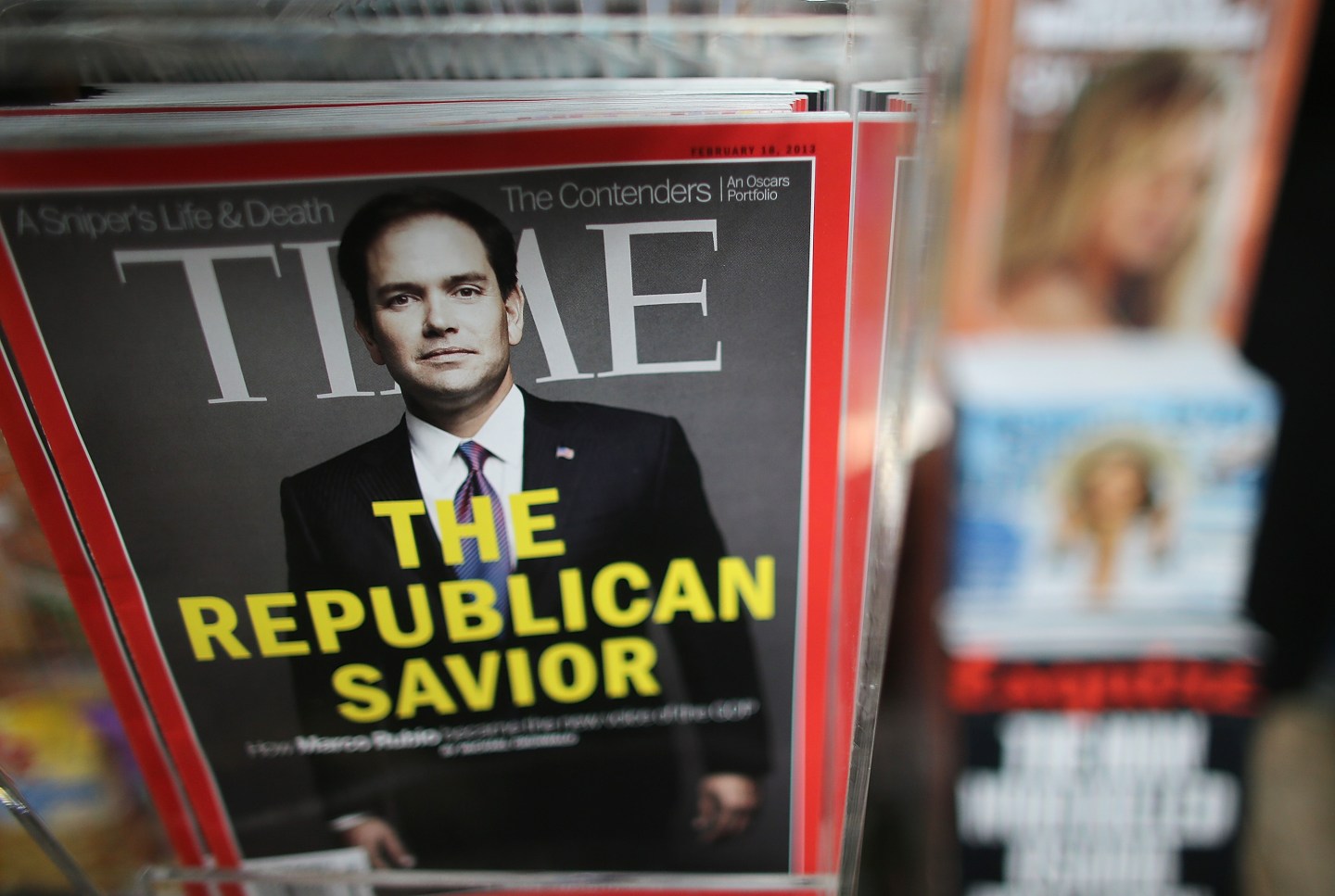 NEW YORK, NY - FEBRUARY 13: Issues of Time magazine are for sale at a newsstand in Manhattan on February 13, 2013 in New York City. Time Warner Inc. is reportedly in talks to sell most of its magazine group, including People, InStyle and Entertainment Weekly, to the Meredith Corporation. Time Warner would reportedly retain control of flagship titles Time, Sports Illustrated and Fortune. (Photo by Mario Tama/Getty Images)
Photo by Mario Tama—Getty Images

The company also announced a share buyback of up to $300 million.

Time took a $952 million goodwill impairment charge in the third quarter, due to the fall in its share price during the quarter and trends in advertising and circulation revenue.

As the print industry continues to decline, Time, like many of its peers, has resorted to slashing costs, tapping revenue sources with higher margins and beefing up its digital offerings.

The magazine publisher reported a net loss of $913 million, or $8.30 per share, compared with a profit $48 million, or 44 cents per share, a year earlier, reflecting the goodwill impairment charge.

On an adjusted basis, it earned 32 cents per share.

Analysts on average were expecting a profit of 27 cents per share on revenue of $769.3 million, according to Thomson Reuters I/B/E/S.

Production, editorial and other costs fell 3.7 percent to $310 million in the quarter.