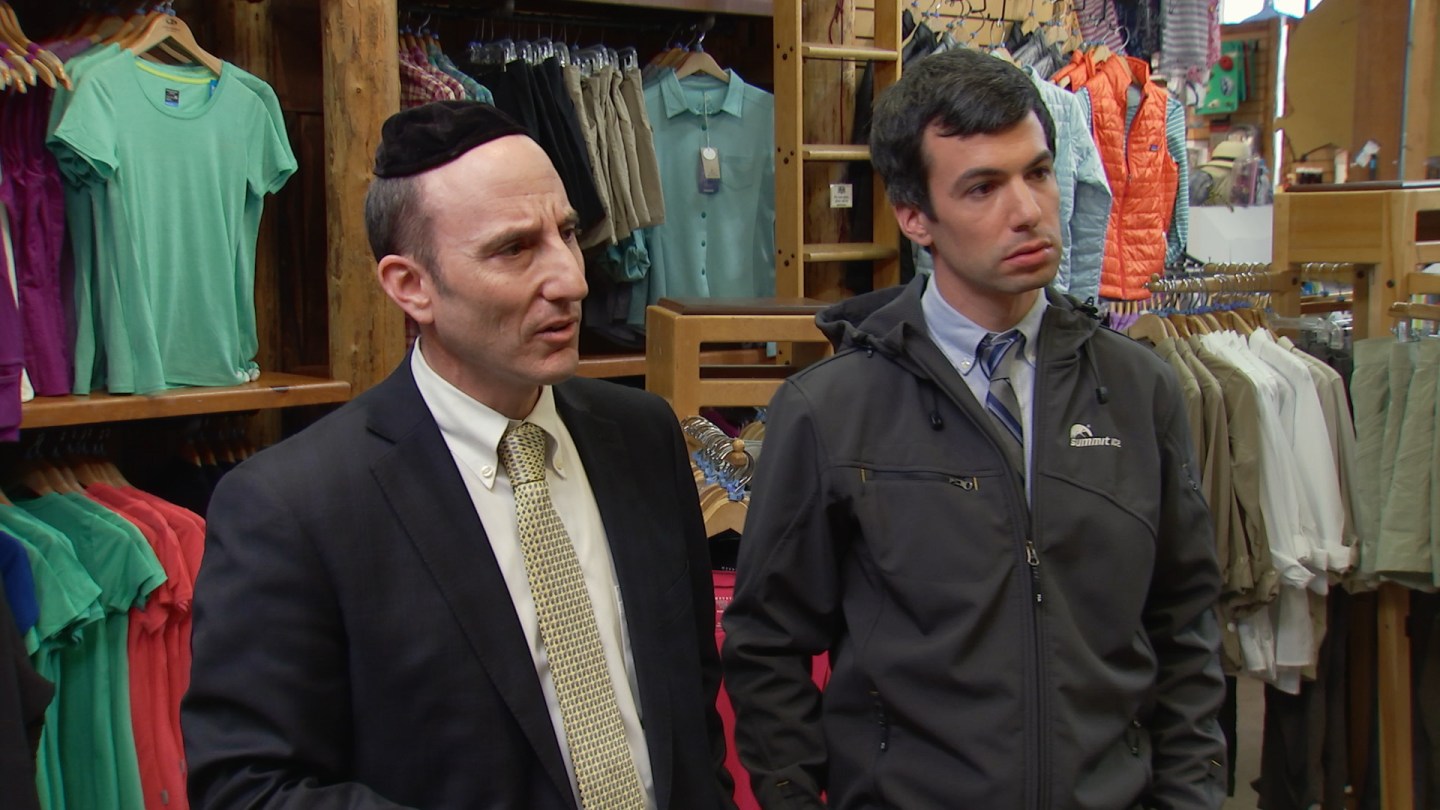 This fall’s must-have jacket is… Summit Ice? Yes, the sleek, black zipper-happy shell from a recent episode of Nathan For You that was at the center of host Nathan Fielder’s ill-fated marketing campaign tied to Holocaust awareness is finding notable fans, including Jack Black, Joseph Gordon-Levitt, Jimmy Kimmel, Seth Rogen, Rob Lowe, Ellie Kemper, John Mayer, and Alexandra Daddario (some of whom can be seen wearing it in the photos, presumably as part of the initiative).

Apparently it’s catching the eyes of non-famous faces too. Summit Ice Apparel has already rung up more than $45,000 in sales, with all profits going to a good cause – specifically, the Vancouver Holocaust Education Centre.

As host Nathan Fielder explained in the Oct. 22 episode of his Comedy Central series, he was motivated to start Summit Ice Apparel after his favorite jacket company, Taiga, published a tribute in one of its catalogues to a writer who was a Holocaust denier. That episode featured Fielder’s mission to create “the first outdoor apparel company to openly promote the true story of the Holocaust.”

And while Fielder, who is Jewish, is giving his uncomfortable comedy about comfortable outerwear a feel-good ending, it was news to the stunt’s recipient: the Vancouver Holocaust Education Centre, which is dedicated to promoting social justice, human rights, and genocide awareness (and also happens to be located in Fielder’s hometwown). Executive director Nina Krieger learned about the campaign only when someone forwarded her a clip of Fielder’s appearance on Conan to discuss his business venture, as well as a link to the Summit Ice website.

“It’s amazing,” she tells EW. “We were surprised, but the VHEC was grateful to be named as the beneficiary. […] The absurdity of a clothing company expressing sympathies for a Holocaust denier has been reframed by Nathan as an opportunity to promote awareness and we would hope further learning about the events and lessons of the Holocaust.”

And what does Krieger think of the jacket (available for $109.99)? “It looks like a great jacket,” she responds. “I’m not an outdoors-y type, but I might be convinced to buy one just to support the good work of the VHEC.”

This piece was originally published on Entertainment Weekly.

Nathan Fielder announces premiere date for season 3 ofNathan For You