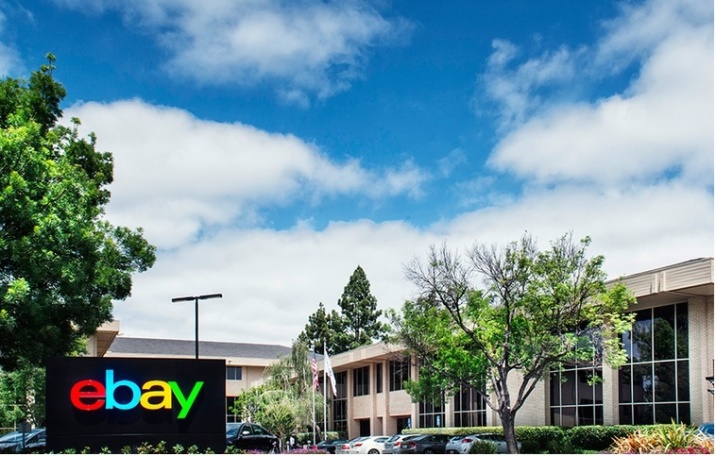 After months of negotiation, eBay (EBAY) has divested its enterprise e-commerce division in a transaction valued at $925 million. The new buyers—led by Sterling Partners and Permira Funds—are already breaking up the business.

The plan is to integrate that business, which is headquartered in King of Prussia, Pa., with a similar operation from Innotrac, which is a Sterling Partners portfolio company based in Atlanta.

The union will create the world’s largest specialist in e-commerce operations, with more than 7,500 employees and manage more than 27 distribution centers across North America and Europe, said Tobias Hartmann, a former eBay Enterprise vice president and general manager who was named president of the new company. Its specialty will be providing services for everything from inventory management to risk mitigation to fraud protection to customer service.

“We help you drive the best consumer experience after the click,” Hartmann told Fortune.

The company will wait until after the 2015 holiday season to complete the integration, for fear of disrupting existing customers, he said. An official rebranding will occur in 2016.

Other assets associated with eBay Enterprise include customer relationship management applications and an array of marketing services that were part of GSI Commerce (bought by eBay in 2011), as well as the Magento e-commerce software line (popular with many small and midsize businesses). These businesses have met with two very different fates—the former was sold, while the latter is branching out on its own.

The acquisition, which one source valued at between $80 million and $90 million, positions New York-based Zeta in more direct competition with the marketing services sold by Adobe, IBM, Marketo, Oracle, and Salesforce. The company, which raised $125 million in July, helps businesses identify which advertising and marketing campaigns actually result in sales.

“Together, we have an unmatched set of assets and capabilities to help leading brands improve their return on marketing spend across the entire customer journey, both cross-channel and cross-device,” said Zeta co-founder and CEO David Steinberg.

Zeta has already found a following with more than 150 enterprise brands, many of ranked among the Fortune 500. While Steinberg won’t name customers, the logos listed on his company’s website include massive insurance company AIG (AIG) , automotive giant Ford Motor (F) , and logistics specialist UPS (UPS).

The companies are already engineering a service that combines their respective technologies, which should be available by the end of the fourth quarter, Steinberg said.

“The combined strength is a scalable campaign management/email engine, along with segmented behavioral data from Zeta’s 350 million customer records,” said Adam Sarner, a market analyst with Gartner Research. “Marketers are finding it difficult to harness, understand, and make use of both first-party data and third-party customer data and how to use it for acquisition, growth, and retention campaign strategies in multiple channels.”

What of the high-profile Magento software line, used by more than 240,000 companies worldwide? It will be spun into an independent company owned by Permira. Its new CEO is Mark Lavelle, formerly a senior vice president with eBay Enterprise.

“During our time as a division of eBay Inc., we grew revenue fivefold, made significant investments in our core platform and added innovative mobile and omnichannel products,” Lavelle said in a statement. “Now we will build on this momentum—continuing to innovate with speed and at scale—while we put renewed focus on expanding our market leadership with stronger emphasis on our global network of system integrators, technology partners, and developer community.”

How big is that ecosystem? Consider this statistic: transactions managed through Magento-based e-commerce sites account for more than $50 billion in gross merchandise volume annually.

Rumors of the eBay Enterprise sale surfaced in July, while eBay was finalizing its split with PayPal. Apparently, the complexity of the transaction delayed the deal.