Walmart has a SWAT team for offensive Halloween costumes 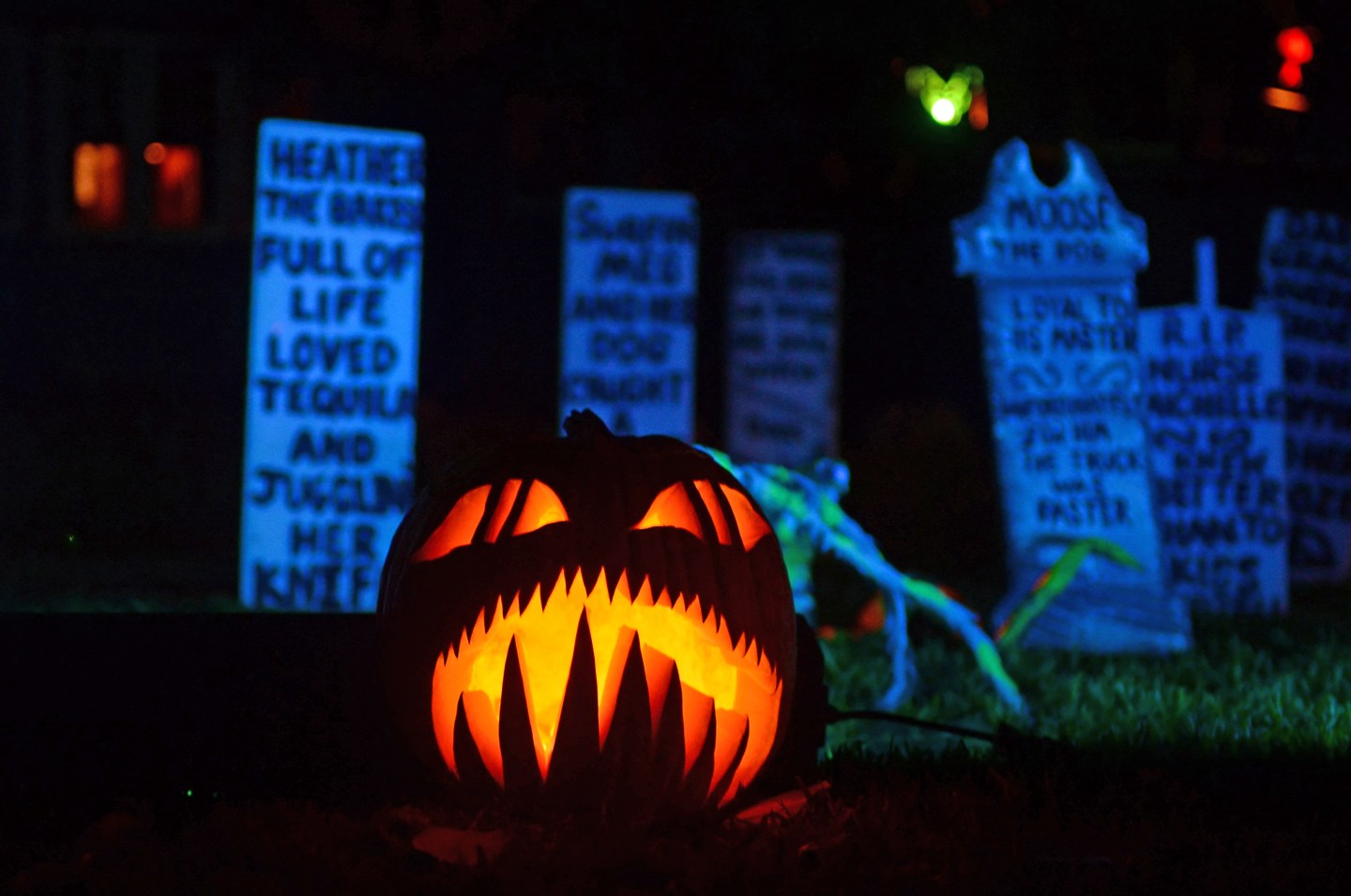 A carved and lit pumpkin is placed among what appears to be tombstones in a neighborhood decorated for Halloween in Sierra Madre, California, on October 31, 2013 as people young and old celebrate the annual festival of All Hallow's Eve with costumes and treats, and in this town in the foothills of the San Gabriel Mountains east of Los Angeles, people come to see the impressive home decorations. AFP PHOTO/Frederic J. BROWN (Photo credit should read FREDERIC J. BROWN/AFP/Getty Images)
Frederic J. Brown—AFP/Getty Images

As Halloween draws nearer, the Walmart trust and safety compliance team is working overdrive. The team is responsible for filtering out costumes in Walmart’s online offerings that could be deemed offensive and lead to a public relations firestorm, according to Bloomberg.

Workers scour the site’s approximately 40,000 costumes—many from third-party vendors—to remove items like transgender Caitlyn Jenner, a decapitated Cecil the Lion, and a fake “Arab” nose. The results of inaction have already been made clear to Walmart: this week, an Israeli soldier costume for kids that passed unnoticed through the detectors led to calls for boycotts of the Super Store. (It was quickly removed.)

The trust and safety compliance was also responsible for pulling items with Confederate flag imagery in the wake of the Charleston, South Carolina shooting at a historically African-American church that killed nine.