Trouble is brewing at the SEC 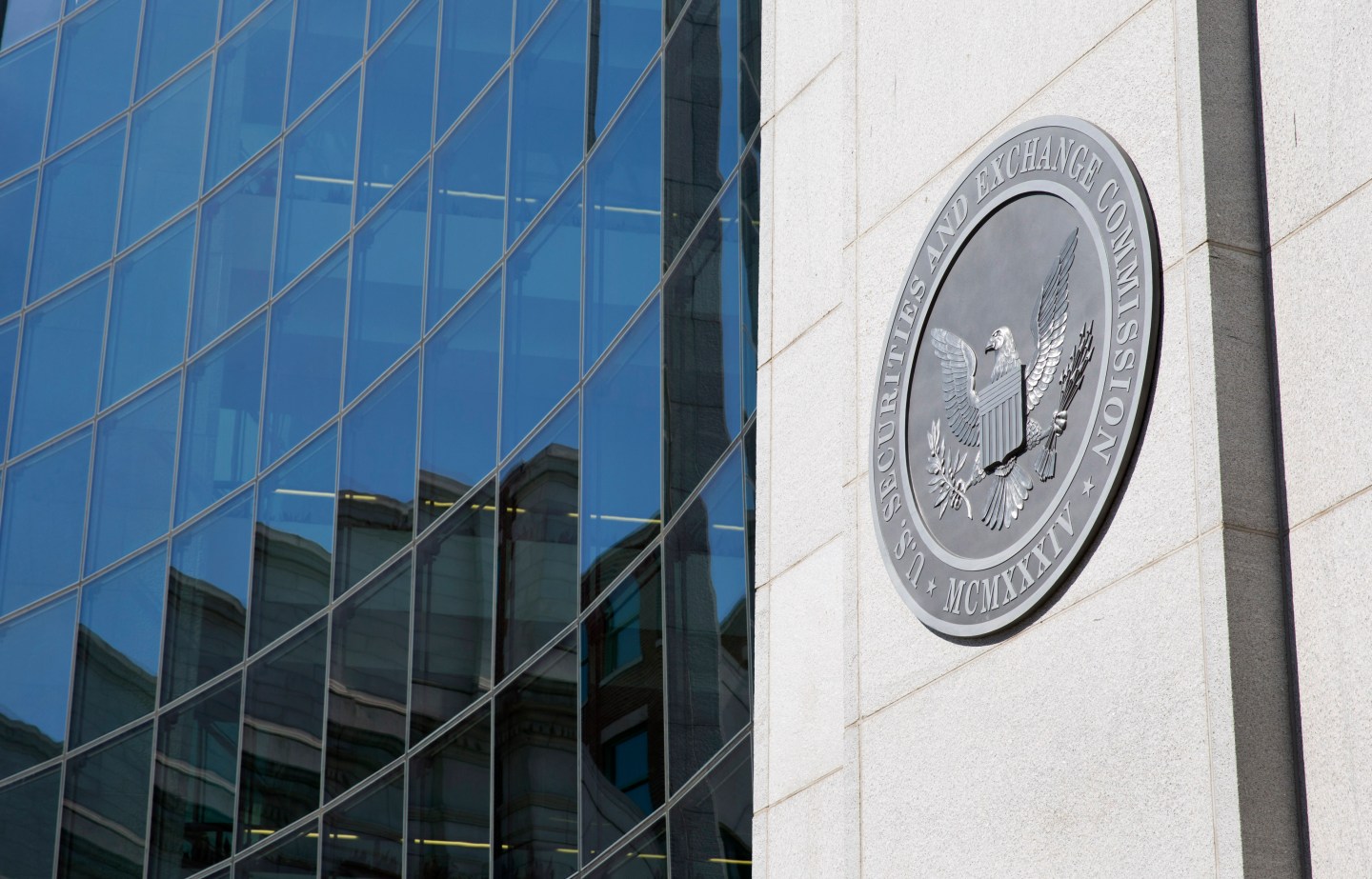 You’d expect the world of accounting to be a fairly uneventful place. But the SEC has managed to make things anything but boring lately.

President Barack Obama recently made two nominations to the SEC Commission. Those appointments are important because commissioners’ votes can affect the behavior of corporations, influence the returns on your retirement savings, and shape the economy altogether.

Obama’s choices are not free of controversy. “We look forward to Ms. Fairfax establishing herself as a stalwart of the investor and vigilant Wall Street beat cop. As to Ms. Pierce, she’ll join the ranks of self-loathing regulators who will speechify about some Ayn Rand fantasyland of benign barons,” Bart Naylor, financial policy advocate for Public Citizen, wrote me in an email.

The nominations come on the heels of other recent drama at the SEC. Some have questioned who, exactly, is running the regulator. Is it SEC Commissioner Mary Jo White or her husband, private sector lawyer John White? The question was recently posed by David Dayen, author of the forthcoming book Chain of Title: How Three Ordinary Americans Uncovered Wall Street’s Great Foreclosure Fraud, among others. Dayen raised the issue recently in his analysis of controversial rule changes proposed by the Financial Accounting Standards Board, which coincide with SEC efforts that could water down already inadequate corporate disclosures.

According to John White’s biography on the website of his firm, Cravath, Swaine and Moore, he represents public companies that get in trouble for issues like “reporting obligations” and “restatements.” He is “a member of the Standing Advisory Group (SAG), which advises the Public Company Accounting Oversight Board (PCAOB) [and] has also served on the Financial Accounting Standards Advisory Council (FASAC), which advises the Financial Accounting Standard Board (FASB).” And from 2006 to 2008, he headed the SEC’s division of corporation finance, which oversees corporate disclosures. In the run up to the recent financial crisis, his oversight of Wall Street’s risk disclosures was ineffective, one reason cited for the severity of the crisis.

Corporate disclosure requirements are already broken in many ways, and a chorus of investor advocates are up in arms with the most recent FASB and SEC actions. Writing about the recent FASB and SEC actions, Dayen quoted SEC Investor Advisory Committee (IAC) member Damon Silvers, who expressed the view that “The feeling of this body [IAC] is that more disclosure is better than less in general. The clear drift of this is in the other direction.” And Dayen quoted former SEC chief accountant Lynn Turner saying that “Raising materiality limits [to no longer require disclosure] would be terrible for investors, giving a pass to management who put out bad, incorrect and misleading numbers.” An article in MarketWatch quoted University of Denver law professor Jay Brown, saying “FASB says it’s just a clarification…There’s no way this cannot be seen as an effort to reduce disclosure” and University of Tennessee accounting professor Joe Carcello saying this would put us behind standards used in the “rest of the world.”

How will Fairfax and Pierce factor into this turbulent mix? Pierce’s nomination as a regulator is curious because she seems poised to thwart rather than enforce SEC efforts to protect investors. In her writings, Pierce favors deregulation and it’s unclear why President Obama would nominate someone who does not fully endorse the SEC’s stated mission. Some of her writing has criticized the SEC for what she views as weak cost-benefit analyses.

“[A]most every kind of public policy decision [today is] made as a matter of a cost-benefit ratio,” governance advocate Robert A. G. Monks, explained in a 2008 interview published on the website Social Funds. “We really are administering government for the benefit of the corporation—and [this] is a wide departure from what the country was basically founded on.”

Unlike Pierce, Fairfax has written sympathetically about the importance of investor rights. Her writings also suggest some independent thinking. In one article on board diversity—specifically, ethnic diversity on boards—she argues that there are moral reasons for diversity, but pushing the economic benefits of such diversity may create expectations that are impossible to deliver. Fairfax, if approved, will replace Luis Aguilar, who has been one of the SEC’s best voices, providing reason, insightful thinking, and the balance required to protect capitalism. He will be sorely missed.

As the chaos at the SEC and in accounting grows, the question will be whether those who are working to make the markets less transparent and accountable will win. If they do, the victory will be shallow and transient because corporate information is not only important to the investors who are clamoring for it now but also to corporations who depend on investor capital and employees who depend on jobs. Attempts to reduce information flow put us at risk of failing to foresee the next Enron or the next financial crisis. The aims also seem strangely at odds with the promise of information innovation and big data that are so often discussed in other contexts. If U.S. corporate reporting continues to deteriorate, our worldwide competitiveness will sink with it. And the future of capitalism, here, as a viable system, will become even more murky.