Here’s why you can’t trust a company’s financials 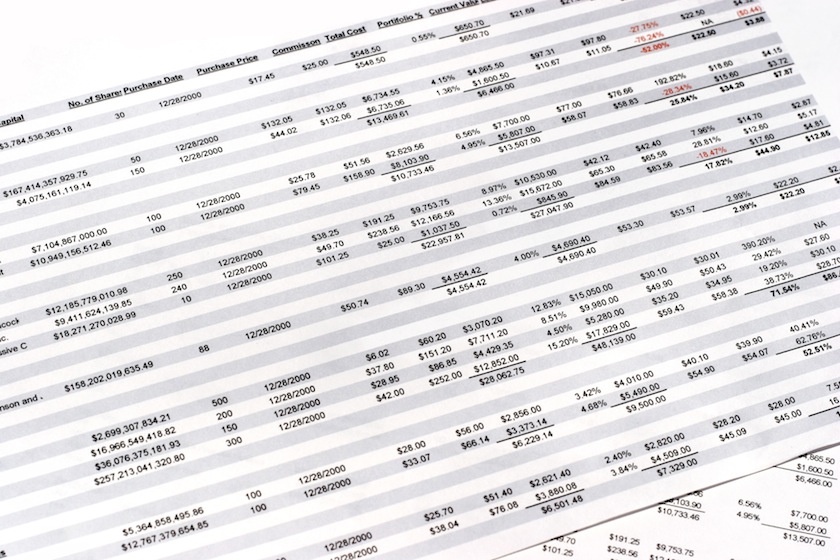 Audit firms seem to be spinning opinions out of thin air.

At least that’s the case in more than one in four audits, according to a report issued on Thursday by the Public Company Accounting Oversight Board (PCAOB). According to the report, an audit firm’s blessing of company financials isn’t reliable more than 25% of the time because the auditors never performed the work necessary to provide their signoff. So unless you like the 1-in-4 odds in financial statement roulette, no, Ms. Investor, you cannot put your faith in the company’s reported accounting because more often than we’d like, audit firms seem to be making stuff up.

The PCAOB’s findings are based on hundreds of detailed inspections it conducted in 2012 and 2013. The PCAOB also said it is finding similar issues based on its review of 2014 audits.

Where in particular are audit firms dropping the ball? According to the PCAOB study, firms didn’t do what they were supposed to do to identify fraud and other significant risks, they didn’t evaluate “the accuracy and completeness of financial statement disclosures,” and they didn’t adequately test “the accuracy and completeness of information produced by the company.” Material misstatements can go undetected when these areas are not properly reviewed.

Audit quality seems to be getting worse. Accounting Today reported that “the Atlanta-based valuation and litigation consultancy firm Acuitas released an analysis Thursday of recent PCAOB inspections and found that 43 percent of all audits inspected by the PCAOB in 2013 had deficiencies, compared to 16 percent in 2009.”

Earnings manipulation is also more prevalent than we might think. The PCAOB report comes on the heels of a recent study titled, “Evidence on Contagion in Earnings Management.” One of the authors, Rutgers Business School professor Simi Kedia, told me that her research showed that if a company is cheating on its financial reporting and gets caught, other firms will “learn about how costly it is to cheat.” If it’s “not so bad,” she says her research shows, other firms will start cheating in the very same way. If, however, the penalties are severe, other companies are deterred from following suit. This recent research specifically reviewed instances of copycat behavior that followed public information about the cheating, Kedia told me, calling it “public contagion.” The research shows how important strong regulatory enforcement can be.

Boards of directors also can have a role in spreading earnings manipulation. Kedia says the work she and her co-authors did on public contagion complements research done in 2010. That study, titled “Board Interlocks and Earnings Management Contagion” looked at situations where a company is cheating and hasn’t been caught yet. In those instances, if boards share similar members, that research shows that cheating may spread from company to company, Kedia says. The research from the 2010 study states that “the contagion is stronger when the shared director has a leadership position (e.g. board chair or audit committee chair) or an accounting-relevant position (audit committee member) in the susceptible firm.”

Of course, audit firms are supposed to have bosses: The audit committees that hire (and less frequently, fire) them. Audit committees should be ensuring that the audit firms they hire do their jobs properly, and so the PCAOB report issued Thursday provides audit committees with some questions they should ask their audit firms. But given the 2010 and more recent academic research, I’m sorry to say, Mr. Investor, that could be just about as effective as asking the fox to watch the hen house.