Your salmon may not be as ‘wild’ as you think 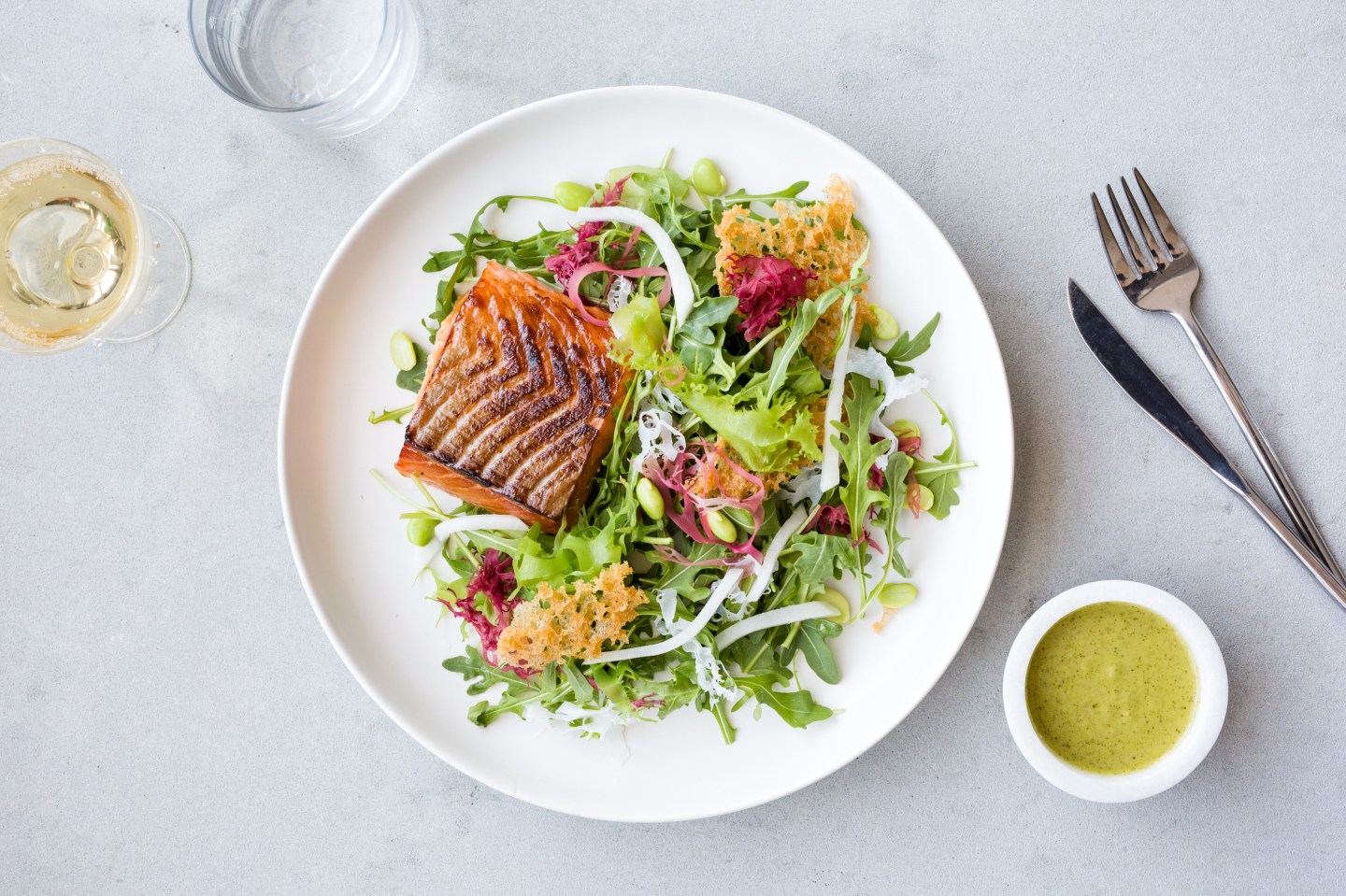 Salmon is the most popular fish in the U.S., and the wild variety tends to be highly coveted. Unfortunately, a lot of so-called “wild salmon” actually comes from a farm.

Oceana, an organization dedicated to protecting and restoring the world’s oceans, tested samples of salmon that had been branded as “wild” and discovered that much of it gets mislabeled.

Labeling farmed salmon as wild was the most common offense the organization discovered. It also tested whether the label deceived customers about the species, and how and where it was caught. When wild salmon was in season, only 7% of labels were deceptive; that number jumps all the way up to 43% in the off season.

Mislabeling doesn’t only depend on when you purchase the seafood, it also depends on where you buy it. Consumers are over three times more likely to be duped when dining out than when buying groceries. Some 67% of salmon purchased at restaurants was mislabeled as compared with 20% at grocery stores, and smaller markets were more likely to mislead customers than large chains.

The report states: “Seafood fraud, including mislabeling, can have serious ecological and economic consequences.” Some people make the conscious decision to purchase wild salmon because it’s more environmentally friendly, but if farmed salmon can easily be branded as wild, farmers have no incentive to practice more sustainable methods. It also forces honest fishermen who sell real wild salmon to compete with fraudulent merchants.

Gavin Gibbons, a spokesperson for the National Fisheries Institute, told the New York Times that the report was half baked because it fails to identify at what point in the supply chain the fish gets mislabeled. The researchers weren’t able to identify when and where the fraud occurred because the global seafood market is “opaque and poorly regulated.” But they were able to prove that this fraud is occurring, and there isn’t really much we can do about it short of DNA-testing every piece of fish we buy.