Why the Sacramento Kings are investing in VR 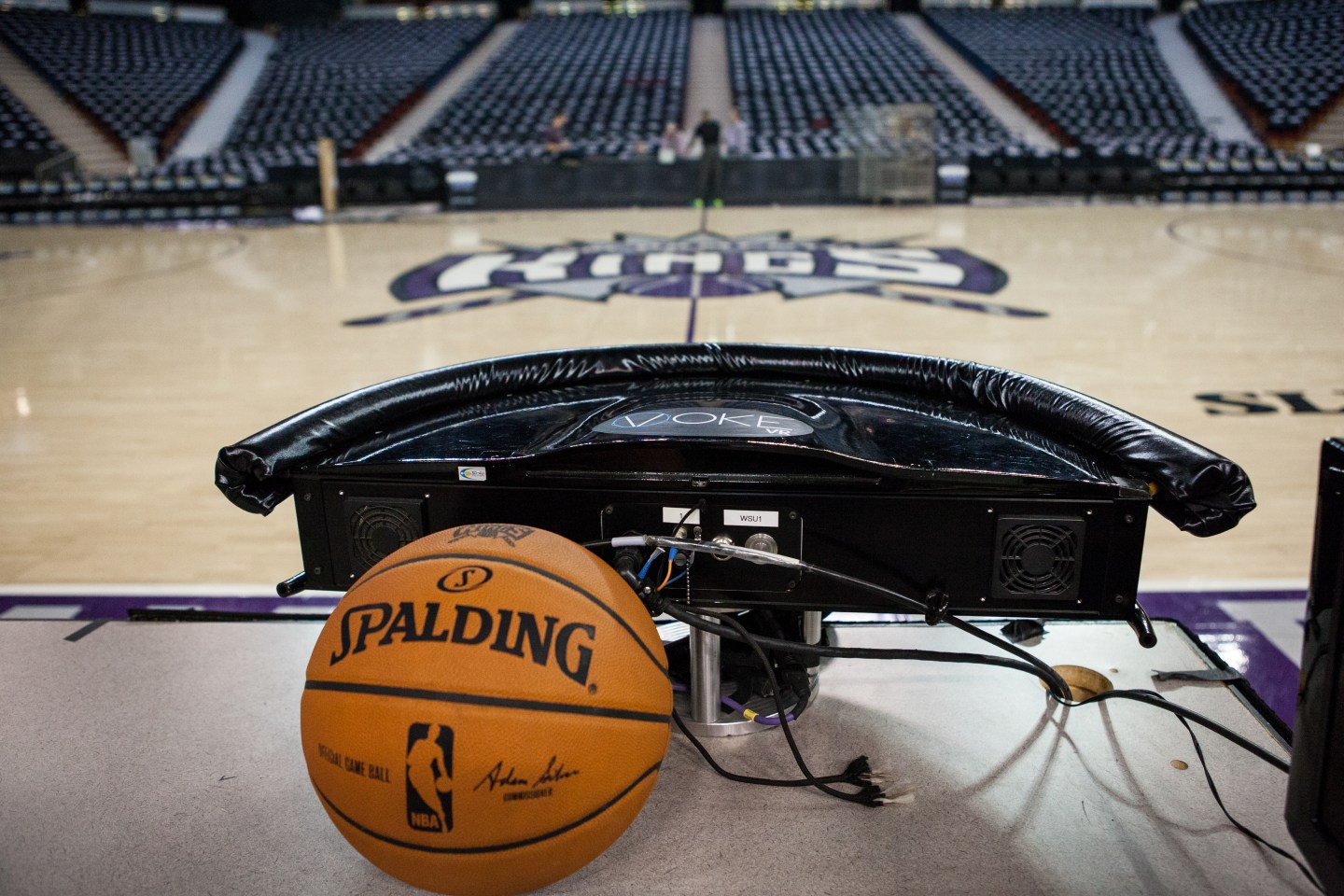 Virtual reality is officially a trend in the NBA. First came the news that NBA and Turner Broadcasting partnered with NextVR to bring the first livestreamed virtual reality broadcast to Samsung Gear VR owners on Oct. 27 between the Golden State Warriors and New Orleans Pelicans. Now the Sacramento Kings are using Voke virtual reality to bring Opening Night to audiences nearby and across the globe.

The Kings have made a strategic investment in real-time and on-demand VR company Voke, which is demonstrating its technology on Oct. 28 by piping a VR livestream of the Kings vs. Los Angeles Clippers game at Sleep Train Arena to students at Dhirubai Ambani International School in Mumbai, India and children hospitalized at the Kaiser Permanente Women and Children’s Center in Roseville, Calif. using Facebook’s Oculus Rift head-mounted displays (HMDs) and ordinary tablets.

“We’ve been testing virtual reality with Voke for the past year,” Kings owner and chairman Vivek Ranadivé says. “Voke’s innovative technology allows us to bring a truly unique viewing experience to fans who don’t have the opportunity to experience the excitement of an NBA arena.”

Ranadivé believes VR will help the Kings, and the NBA, connect to its growing global fan base. The Kings have played preseason games in China, and Ranadivé visited India with NBA Commissioner Silver. Later this year, the team will play a regular season game in Mexico.

“With social media and emerging technology, we can reach audiences around the globe,” Ranadivé says. “Virtual reality will be one of the tools that give us the ability to connect with more fans in a unique way.”

For this first public test, users will view the action from courtside right next to where Ranadivé sits. In the future, Voke’s stereoscopic panoramic camera system will offer multiple perspectives that fans can choose from on the fly.

In addition to the 180-degree view of the court, Voke provides a 2D version of the feed across multiple devices. Voke currently supports Android, iOS, Windows, Oculus, Google Cardboard, and Gear VR (in Beta). Jayaram says the technology will support other platforms as they launch like HTC Vive and PlayStation VR.

“By partnering with Voke, we can share the in-arena excitement in an unprecedented way,” Ranadivé says. “Through technology, we’ll connect with emerging fans, find new ones, and provide a truly unique experience.”

In addition to this in-arena pilot, the Kings are using VR to give fans a preview of its future arena, Golden 1 Center. Users can tour the clubs and lounges, offering an up-close look at the entertainment and sports center.

“Having been in VR for over 20 years, I have seen the full gamut of visualization and interaction capabilities and paradigms that has evolved into VR as it is today,” Dr. S. (Jay) Jayaram, co-founder and CEO of Voke, says. “Adding stats and virtual stores are a way of extending what you see on your mobile device today into a large surround screen environment—we do that as well. But true VR revolutionary experiences are going to bring in natural interactions and full immersion in mixed reality and augmented reality spaces.”

Voke and NextVR also have competition from IM360, LiveLike VR, and Virtually Live.

“VR is the next best thing to being there, and it’s yet another technology that can be used to bring fans from across the country and around the world closer to the game,” Marsilio says.

For more on virtual reality, watch this video on Oculus Connect: