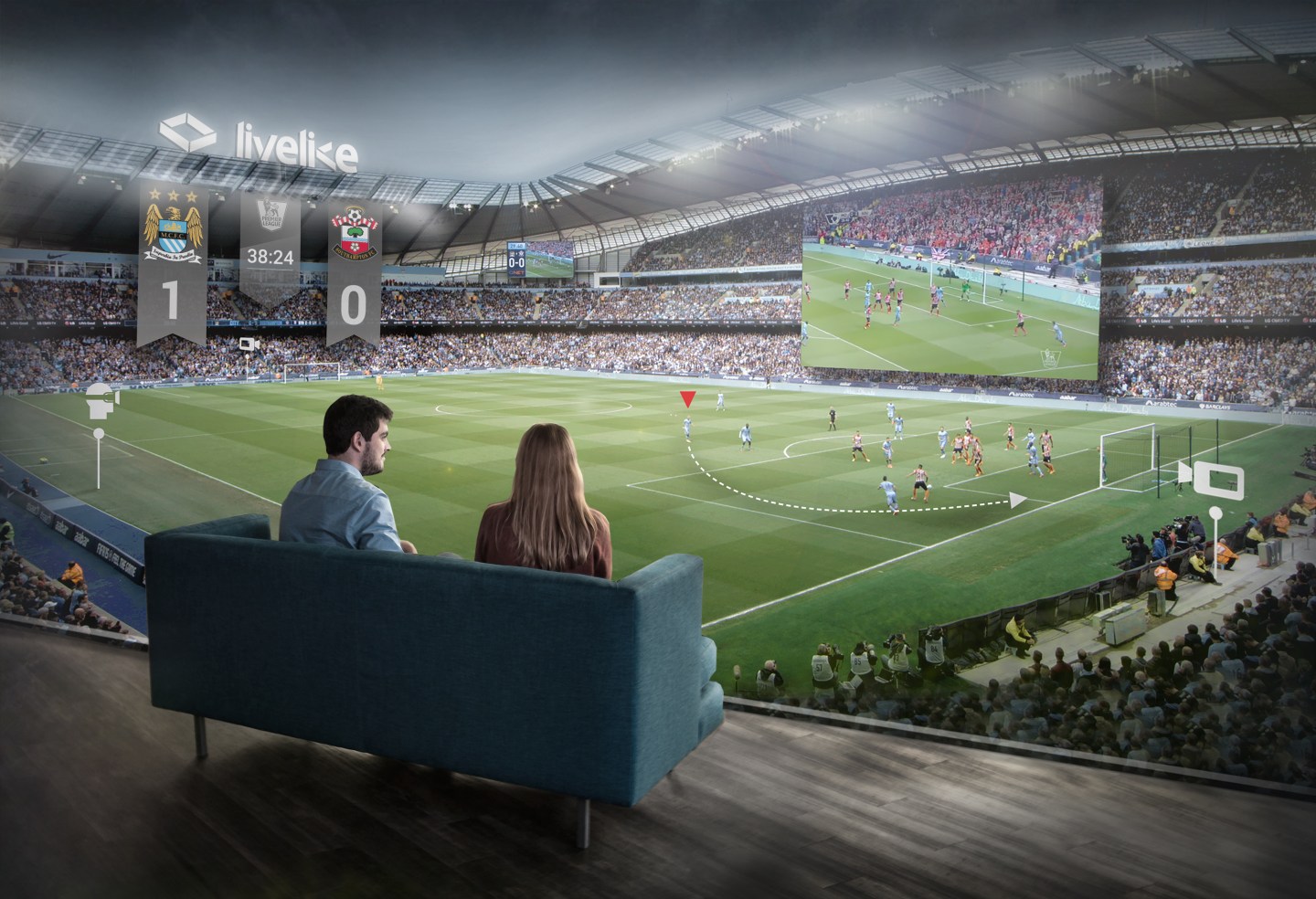 San Francisco-based startup LiveLike VR has built a virtual stadium so friends from around the block or around the world can watch sports together in virtual reality.

“Sports is not about being ‘on the field’ for the whole game, it’s about being able to hang with your friends, doing stuff while there’s a two-minute timeout, seeing replays, stats, and more,” Andre Lorenceau, CEO and founder of LiveLike VR, says. “We are also focused on infrastructure, with building the capabilities to connect with friends or strangers, multiple ‘channels’ to watch from, statistical interfaces. There’s a whole system that needs to be created before we watch sports in VR, and we’re getting close to finalizing that.”

LiveLike VR has worked with English soccer team Manchester City on a demo of its VR stadium, which is playable on Samsung Gear VR and coming soon for Oculus Rift, HTC Vive, and Google Cardboard VR. Users download the demo app and get their own private and customizable VR suite, where they can invite friends (who appear as avatars—also customizable) over to watch the match together. During the game, users can chat and pull up different views of the field and view highlights and stats.

The full app launches in 2016. The initial version of the LiveLike VR app will run a 2D view in VR, but the company could partner with companies like NextVR or IM360 to deliver a 360-degree feed of livestreaming events in the future.

Lorenceau says his team is building a platform that will eventually allow users to invite friends from Facebook directly into their suite. Each avatar will have a lipsynched voice that sounds like it’s coming from the couch next to you. Future in-game features will include a table hologram where stats can be mapped over NFL players and highlights from past games can instantly be called up.

“It’s a vision of the future, but when you control the world around you, like in VR, it’s actually feasible and we have the team capable of building this,” Lorenceau says.

Lorenceau says LiveLike VR allows broadcasters to broadcast in VR without investing in expensive multi-camera rigs or post-production processes, which require them to recreate their current production procedures.

“The setup is as simple as installing wide-angle lenses to existing cameras and streaming the content through LiveLike’s virtual luxury box and VR platform,” Lorenceau says. “LiveLike also enables broadcasters to deliver their content in new and engaging ways, allowing them to get more ‘bang for the buck’ as they pay more than ever before for sports content rights.”

VR rights currently fall under the umbrella of livestreaming, but in the future Lorenceau believes leagues will sell separate VR broadcasting rights once there’s a mass installed base of global VR headsets.