Microsoft finally has a laptop to compete with Apple 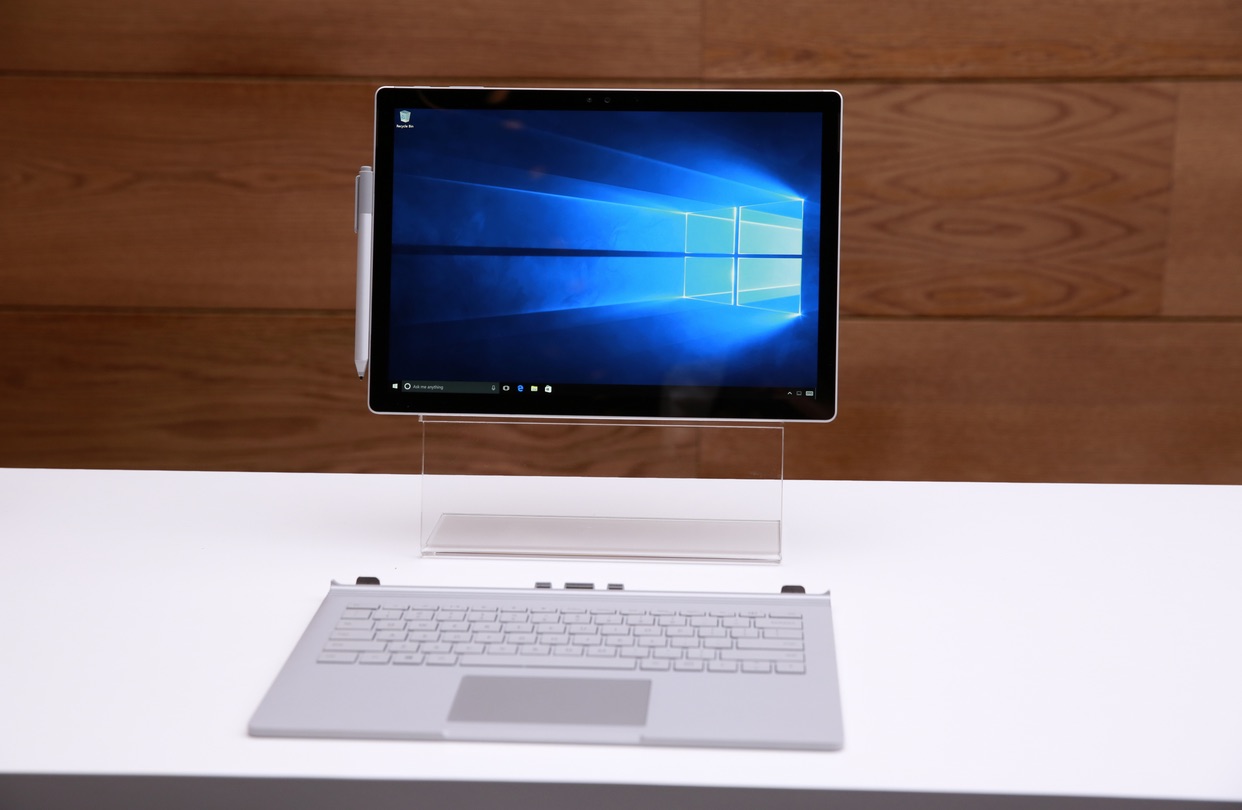 Microsoft unveiled its Surface Book “ultimate laptop” earlier this month, pitting itself directly against Apple’s MacBook Pro. It sounds like a tough sell, but looking at early reviews, Apple may be facing some real competition.

Microsoft’s (MSFT) new product has hit tech reporters’ mailboxes and the reviews are out. Can it really compete against Apple’s (AAPL) trademark laptop? Here’s what people are saying.

Tom Warren at The Verge:

Is the Surface really the ultimate laptop that Microsoft claims it is? Nearly. I say that because sometimes I’m using the Surface Book and I just wish Microsoft had made a pure laptop. The display wobble can be irritating, and the weird gap when it’s closed means I have to clean the Surface Book every day. If Microsoft can fix the hinge in future versions and make it a lot less bulky then this could be great. It has a beautiful display, amazing battery life, and the keyboard and trackpad feel great. But even though that’s everything I want in a laptop, the accommodations Microsoft made to enable the tablet end up making the laptop experience less than ideal…

Microsoft can clearly make a laptop that competes with the MacBook Pro with all the best ingredients, but it just needs to find a better recipe to combine all its innovative hardware. The Surface Book is seriously impressive, and as a hybrid it’s probably the best out there.

The Surface Book is ultimately a smart blend of the recognizable and genre-busting innovation. I love that it operates smoothly as a hardworking and very portable premium laptop. But it’s what’s different that thrills me. The screen is large, touchable — as all PC laptop screens should be these days — and magnificent.

The Surface Book is a physically versatile computer that doesn’t demand physical compromises. It feels good on the lap, on your desk and in your hand. The fact that the screen is a full-blown tablet is a bonus. I say “bonus” because, as Microsoft predicted, I rarely remove it from the base, except to flip the screen around and draw on it.

The Surface Book isn’t perfect — no product is. But if “the ultimate laptop” merely means it raises the bar for other laptops, then it mostly lives up to that promise. I would recommend it based on its long battery life alone — 11 hours at a minimum. Even if you consider the detachable screen little more than a party trick, you still get a well-built laptop with unmatched runtime and performance options that most other 13-inch systems simply don’t offer. Because the screen is detachable, too, it’s more comfortable to use as a 1.6-pound tablet than all of those Yoga-like PCs are with their screens flipped back. It’s just a shame about the Surface Book’s battery life in tablet mode — it’s comfortable to use, but you won’t last long without a power cord.

…Microsoft played this one right. Rather than build a totally compromised device, a middling tablet mixed with a middling laptop, it built a kickass laptop and then sought to find ways it could add onto the experience. Even where they fall short, they don’t really matter. If you buy a Surface Book—and it’s very much worth considering—you might not ever find reasons to pull the screen off, or flip it over. You might not use the Surface Pen very much (though I bet you will), and you might not touch the screen often.

So what? You’ll still have as good a Windows laptop as there’s ever been. And for now, that’s more than enough.