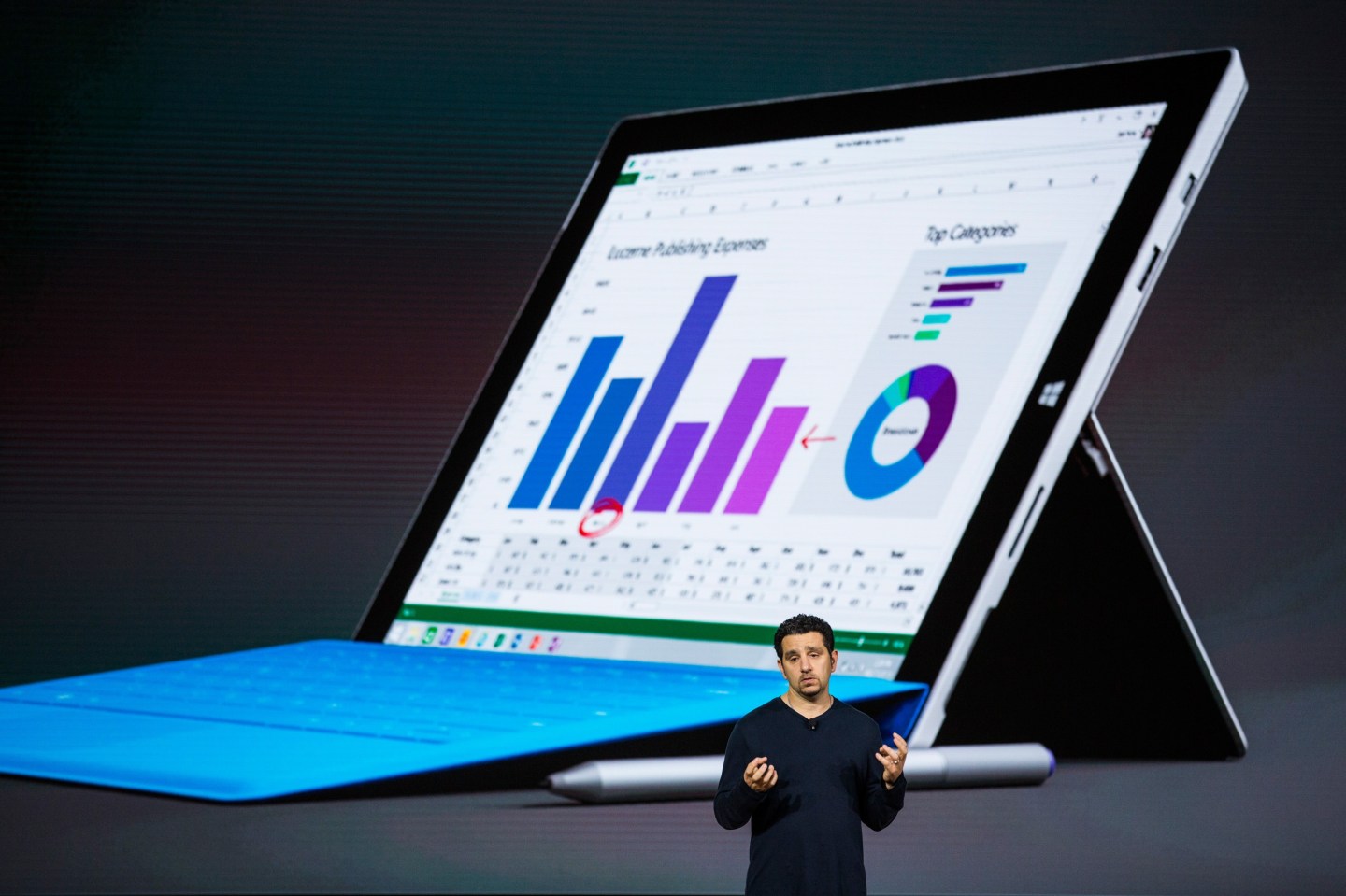 Now, Microsoft (MSFT) is adding service and support perks to make them an easier sell for big businesses. It now expects the latest Surface devices to be the fastest-adopted ever by enterprise customers. But then again, what else would it say?

As part of a new enterprise sales program, Microsoft will let companies aggregate or pool warranty claims across devices rather than locking a limited number warranty calls to a particular unit. “You get 2,000 claims on 1,000 machines and can divvy them out as needed,” Cyril Belikoff, director of Surface, told Fortune.

And since these are factory-sealed devices that cannot be stripped of their hard drives, it is also letting companies destroy problematic units and get a full replacement, via next-day air shipment. Typically, misbehaving devices must be sent back to the manufacturer.

BNY Mellon, The Carlyle Group, AstraZeneca, Land O’ Lakes, and the Global Fund are just some of the clients Microsoft says have purchased Surface hardware.

One of the devices’ big selling points is that they come from Microsoft, and thus will run the cash-cow Office applications well and fit into the Microsoft-centric infrastructure of many companies. And, given Microsoft’s promise that the new Windows 10 will run across these devices, larger PCs and phones may resonate in these accounts.

“Apple makes great stuff but it’s hard to integrate that into my Microsoft environment,” Austin told Fortune. Sales and service people at the company’s 80 auto dealerships will use Surface devices to show customers options, pull up visualizations, run calculations on the showroom floor.

“The other component that’s profoundly cool to us is that with Surface, I really get a desktop and a tablet out of it while we could not run an iPad as a desktop,” he noted. “Keeping everything in one ecosystem is a plus.”

But Microsoft has big challenges in hardware. It’s now competing with its largest hardware partners, for example, virtually all of which have their own tablets and laptops to sell.

Last month, Hewlett-Packard (HPQ) and Dell said they would offer previously-announced Surface devices to their business customers, but why they would sell them over their own units is unclear. Not all PC makers are so open minded regarding Surface devices — Lenovo reportedly passed on the opportunity to sell the device.

“You can expect HP and Dell to continue to evaluate new devices as part of the partnerships announced last month,” a Microsoft spokesperson said via email.

It may be difficult to stem the flow of Apple (AAPL) iPads and iPhones into corporate accounts, even Microsoft shops. Those Apple machines led the bring-your-own-device charge starting a few years ago. They have now seen the ultimate corporate sanction, when Apple and IBM inked a formal joint enterprise push last year; Cisco (CSCO) followed suit this year. Last week, an IBM (IBM) exec told a gathering of IT support professionals that IBM is deploying 1,900 Apple devices per week internally and has found that just 5% of Apple users require help desk support compared to 40% of PC users.

And for more on Microsoft see the video below.