The reason so many executives fail at leading teams 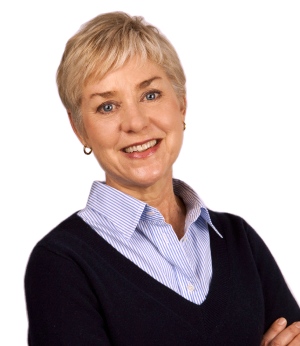 MPW Insider is an online community where the biggest names in business and beyond answer timely career and leadership questions. Today’s answer for: What is the biggest leadership lesson you’ve learned in the past year? is written by Mary Godwin, VP of operations at Qumulo.

What a shock I had a few weeks ago when I realized that my leadership skills may have gone downhill over the past 15 years. Recently, and quite by accident, I came across a paper that I had written for a leadership class when I was working on my MBA back in 2000. When I wrote that paper, I had just gone through a major crisis at the company I was working for. I’ll spare the details of the near-death situation, but the essence of the problem was no cash, too few sales and too many invoices. As with all major crises, though, there was some upside. The company survived, and it forced me to be a much better leader than I was actually ready to be.

I remembered how euphoric I felt when I wrote that paper and the total love and commitment I felt for my team at the time. We had been through hell, fought side by side in the foxhole — and survived. From a leadership perspective, it was one of the best times in my career. But my recent re-read made me realize the harsh reality that over these past 15 years, I may have lost my way on the leadership trail. What suddenly became clear to me is that being a leader is not something that one attains once and for all at some a point in time. In reality, leadership is a practice that has to be worked on and renewed daily.

See also: What every business leader can learn from Boston’s failed Olympic bid

Let’s face it. A lot can happen to an executive over the course of 15 years, especially these days when corporate lifecycles and paces of change are so rapid. Between working for different companies, different cultures, mergers, layoffs, management changes and corporate strategy changes, I had become too focused on myself. I forgot one of my core beliefs — that you can’t be selfish while also being a good leader. More importantly, the fact remains that the most rewarding times I’ve had as a professional have been associated with being a part of and leading teams who are committed to each other and to achieving a goal. All of this soul searching has reminded me of the following:

Despite the initial shock to my ego, this exercise has been rejuvenating and I am back on the path to being the type of leader that I really want to be, and as an eternal work in progress, hopefully, a better leader every day.