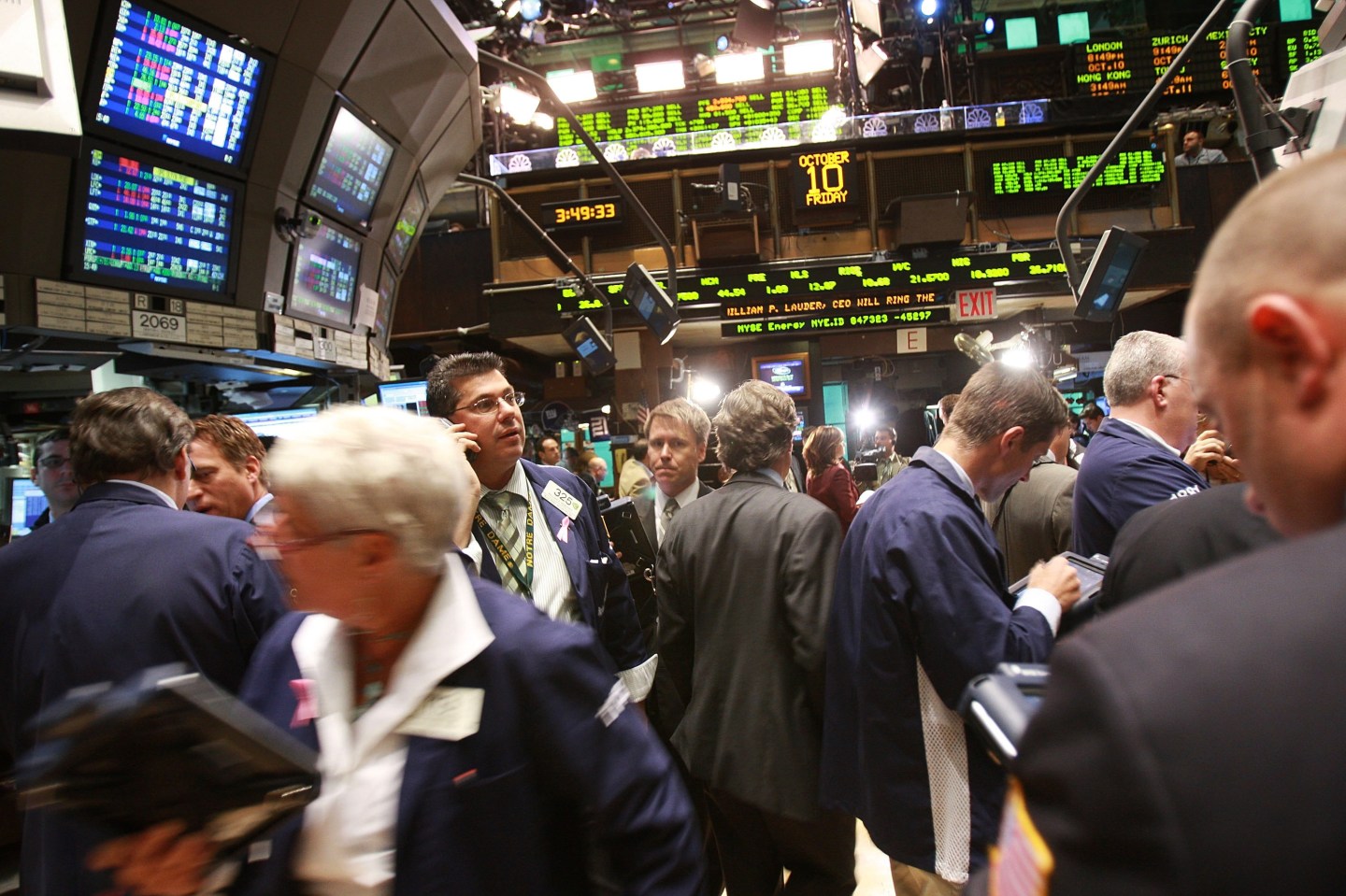 Symphony, a new messaging service for the financial industry, announced $100 million in funding from Google (GOOG), UBS, Société Générale and a number of other investors on Monday. The new investment valued Symphony at $650 million, according to the Wall Street Journal.

The service is a modified instant messaging service for traders and investment managers. They can chat individually or in groups while adding hashtags and alerts to colleagues when they are mentioned.

Symphony is trying to take on a messaging service available through the Bloomberg terminal, the financial data service used by traders and investment managers across the country. The idea is to offer a cheaper alternative to Bloomberg’s terminals, which can cost $25,000 each. Symphony also includes news and research in its service.

Symphony is also similar in many ways to buzzy Silicon Valley upstart Slack, used in a growing number of companies to communicate instead of email.

Founded in 2012 by David Gurle, Symphony was formerly named Perzo until it was backed by 15 of the world’s biggest financial firms including Goldman Sachs (GS), Bank of America (BAC), BlackRock (BLK), and J.P Morgan Chase (JPM). The banks initially invested $66 million in late 2014.

Google, which is trying to be friendlier with the financial world, is among the first technology investors to back Symphony. Ruth Porat, the newly appointed chief financial officer of Google and its parent, Alphabet, has been holding briefings with Wall Street analysts as part of the effort, according to the Wall Street Journal. Porat herself hails from Wall Street, and was formerly the chief financial officer of Morgan Stanley. Google has also been branching far beyond its roots in search with investments in ride hailing app Uber and Slack.

Because Symphony is aimed at financial firms, it must provide a secure service. Last month, the New York State Department of Financial Services ruled that Wall Street banks could use Symphony as long as the banks keep copies of all communications for seven years.

Symphony costs $15 per user per month for companies that have 50 or more employees who use the service. The company introduced its service in September, and says it now has more than 40,000 users in 100 countries. Over the past few months, the company says it has had $10 million in orders. Financial giants that are reportedly using Symphony include major investor Goldman Sachs, and Deutsche Bank, Credit Suisse, and Bank of New York Mellon.

For more about Google’s latest restructuring, watch this Fortune video: