Bob Dylan gets tangled up in Big Blue 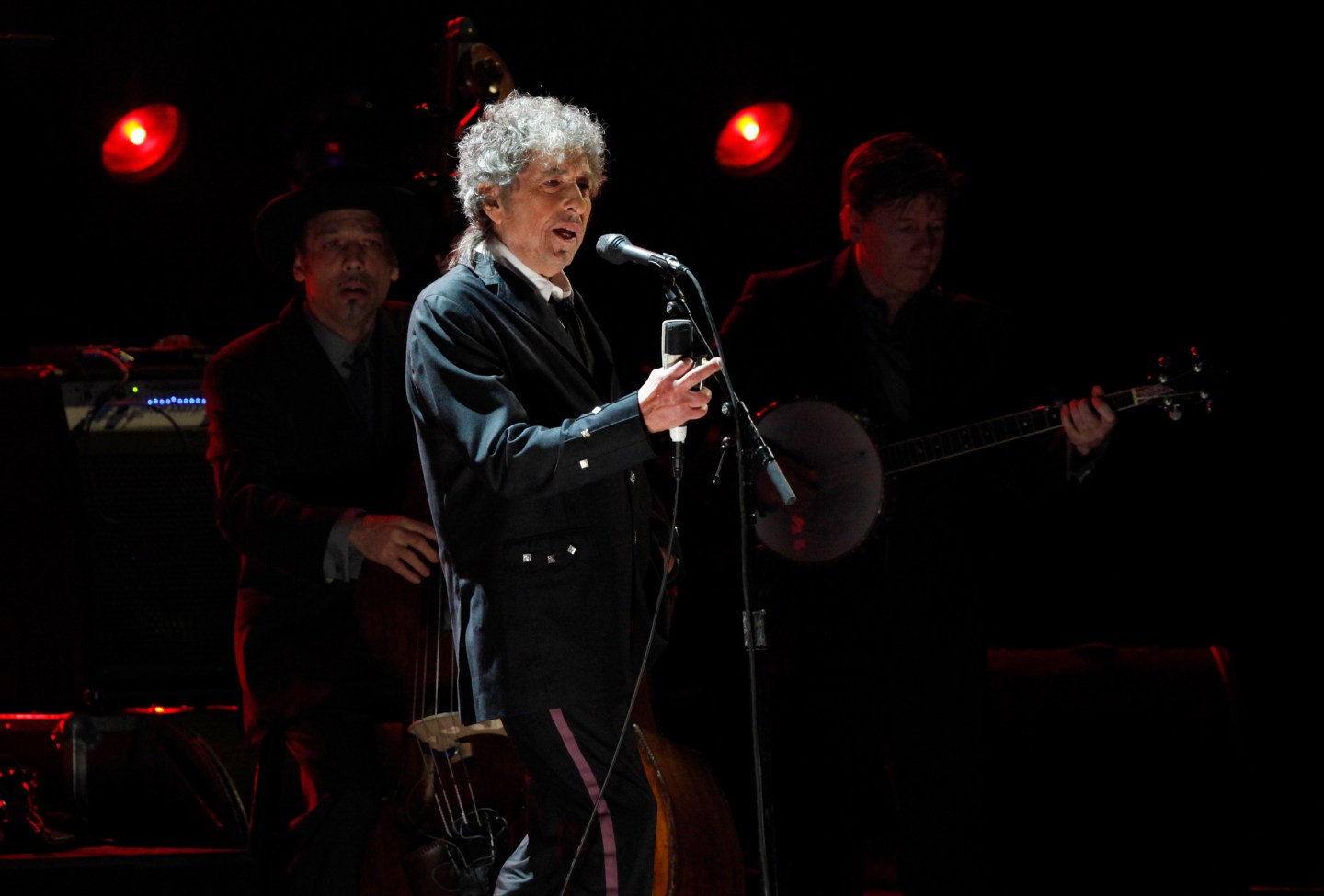 The folk rock icon stars in an IBM (IBM) commercial that premiered this week in which he talks with the Watson supercomputer about music, love, and, of course, its knack for coming up with smart answers. IBM is trying to push Watson as a key technology service that could help put an end the company’s declining revenues.

Dylan’s credentials include a songbook of lyrics that attack the government, war, and, occasionally, corporations. In It’s Alright, Ma (I’m Only Bleeding), he famously sang, “Advertising signs, they con you into thinking you’re the one, that can do what’s never been done.”

In fact, Dylan is no stranger to the world of advertising (at least during his later career), having appeared in a 2014 Chrysler (FCAU) Super Bowl commercial and a 2004 Victoria’s Secret commercial. Dylan has also licensed his music for companies like Apple (AAPL), Pepsi (PEP), and Chobani yogurt.

In an infamous press conference in 1965, the year Dylan recorded his classic Highway 61 Revisited album, Dylan was asked by a reporter what commercial interest would he sell out to. In his usual sly humor, Dylan replied “ladies garments.” He did not mention data analytics technology.

For more on IBM Watson, check out the following Fortune video: