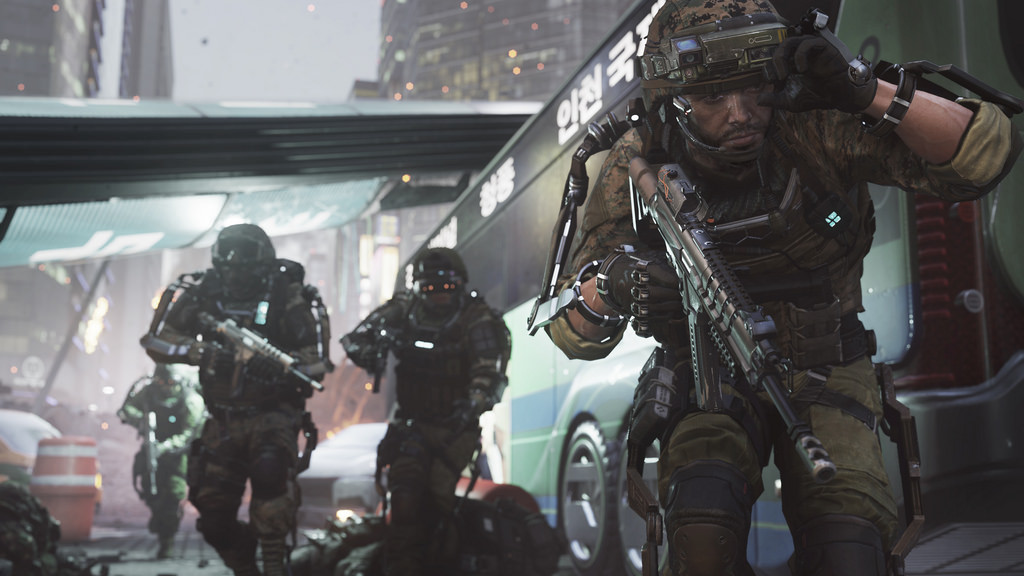 A scene from 'Call of Duty: Advanced Warfare'
Courtesy of Activision

The video game industry could be about to face its first major labor action.

Members of SAG-AFTRA voted almost unanimously to authorize a strike against video game publishers as the battle between voice actors and game publishers continues to escalate.

At issue between the two parties is residual payments to voice actors in games that sell over 2 million copies—a threshold the union says classifies a game as a “blockbuster”. Game publishers, which include Electronic Arts, Activision, and Disney, have been stringently opposed to the proposal.

The authorization does not mean the strike is guaranteed, but it does give the voice actors more leverage in their ongoing negotiations with publishers. An overwhelming 95.62% of eligible members voted in favor of the strike, according to the guild. (Voting on the authorization ended Oct. 6.)

SAG-AFTRA voice actors have been without a contract since the beginning of the year, as both sides have worked on renegotiating what’s known as The Interactive Media Agreement. Bargaining sessions in February and June were unsuccessful, leading to the strike authorization vote.

While performance bonuses/residuals are at the heart of the matter, the union also says it believes actors should get stunt pay for vocally stressful recording sessions and that stunt coordinators should be on hand during motion performance capture sessions.

Video game publishers contacted by Fortune declined to comment on the matter.

While video games have increasingly become more cinematic in both their visual style and in the quality of acting, analysts say they believe that while quality voice acting certainly adds to the impact of a game, a strike likely wouldn’t have a big impact on sales.

“I can’t think of one game that consumers have ever bought because of the voice actors,” says P.J. McNealy, CEO and founder of Digital World Research. “They certainly play a critical role in setting the tone and some of the drama for a game—such as the Master Chief’s voice in Halo—but people buy games for the action and the experience. And I think that’s what matters most to consumers.”

To whip up public support among vocal core gamers, several voice actors, including actor and geek icon Wil Wheaton, took to social media in late September to raise awareness about the campaign with the “#PerformanceMatters” hashtag campaign.

Orion Acaba, a voice actor with over 30 roles to his name, including “Apollo Justice” in Phoenix Wright: Ace Attorney and “Crazy Dave” in the original Plants vs. Zombies, explained the situation for fans in a series of Tweets.

“New wage contracts haven’t happened since the days of N64,” he wrote. “That was before voiceover was more quintessential in production of games. The hurdles are more complicated than one might think. … A game like Call of Duty will make millions upon millions, and the publisher will keep mostly all of it. The developers of that game might and probably get extra here and there, and that’s about it. Actors are given nothing after release. We are just trying to figure out a way to make everything a little bit more fair.”