The video game industry is growing old, lazy, and boring 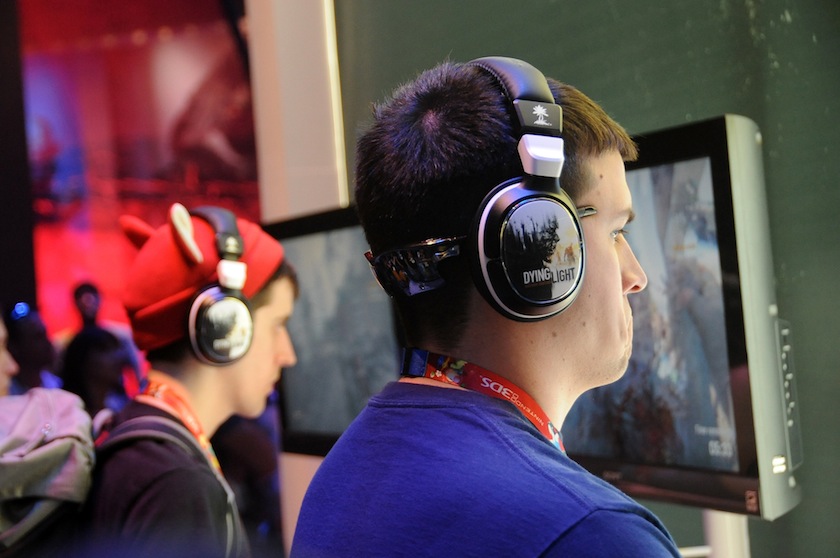 The video game industry is maturing—fast. The average age of a “gamer,” that is, someone who plays video games on a regular basis, is now 37, according to the Entertainment Software Association, an industry trade group. That’s up from last year, when the average came in at around 35 years old.

Surprised? Don’t be. After all, these “greying gamers” were the first generation to grow up with video games as children. As they’ve aged, many apparently kept on playing, delving even deeper into the gaming abyss through consoles, PCs, and now their mobile devices.

If you care to see this older, dare I say, more “refined” sort of gamer, then make your way out west this week to this year’s E3 Electronic Entertainment Expo in Los Angeles, the gaming industry’s biggest trade show. There you will see plenty of Gen X’ers and Gen Y’ers (is that still a thing?) milling about, many sporting unkempt beards and ironic t-shirts like it’s 2007. Apparently, shaving and adhering to current fashion norms takes way too much time and effort, time away from Assassin’s Creed 32, or some other “new” iteration of a once popular gaming title.

But this older generation of gamers is both a blessing and a curse for the industry. It is a blessing in that as they age, their pockets get deeper, so they potentially have more money to spend on their hobby (assuming they don’t get married and have kids, which, unsurprisingly, many don’t). But it is also a curse, because the industry seems stuck in a time warp.

Simply put, content makers, many of whom are greying gamers themselves, have become lazy. They have failed to innovate on both the hardware and content side of the business, alienating potential young consumers while angering older gamers who crave something newer than just another Call of Duty. Each new game “unveiled” this week in Los Angeles will almost undoubtedly be a mashup of characters and scenes derived from popular movie franchises that debuted in the late 1990s and early 2000s, such as The Matrix, Starship Troopers, The Terminator, Sailor Moon, and The Hobbit, with a dash of The Fast and the Furious thrown in for good measure. It is getting old.

The result of all this nostalgic and creative laziness is a shrinking market. Video game sales in the U.S. actually peaked in 2010, at $17 billion, and have fallen progressively ever since, hitting just $15.4 billion in 2014, according to NPD Group. This is expected to continue unless the industry finds a new life source, and fast.

To be sure, this drop-off isn’t just because younger people don’t watch TV or because they are Snapchatting or whatever all day on their mobile phones. They aren’t interested because the content doesn’t speak to them. While mobile is the “fastest” growing segment of the industry, it is inherently backwards looking given the technological and ergonomic constraints of the market. Either the games have to be terribly simple (and forgettable), like Candy Crush, or they have to be stripped down (worse) versions of console games.

But the industry feels compelled to “capture” this market nonetheless, diverting precious resources that would be better spent advancing the core gaming market. For example, on Sunday evening, Bethesda Game Studios, a major game developer, showed off its newest iteration of its popular “Fallout” series, Fallout 4, but also revealed a new Fallout mobile game, ostensibly to “capture” the yet unnamed generation of kids today. Todd Howard, director of Bethesda Gaming, said the mobile Fallout version was “inspired by games we love going back 30 years,” and that gamers will see inspirations from older retro games like X-com, SimCity, and FTL, which are, “games we really really like.” I think that says it all.

As the show rolls on this week, it would be nice to see some real innovation in the core gaming product, as well as some fresh content aimed at a younger subset of the population. Virtual reality (VR) has been talked about for years, but we have yet to see it come to market. Oculus now says its consumer VR product will be out by the first quarter of next year, and Valve and HTC say their VR console will be ready for this year’s holiday season.

If true, then the industry needs to start building content for this new and potentially “game changing” platform as quickly as possible. And no, that doesn’t mean shoehorning current games to just simply “work” on a VR platform. It means building new games from the ground up, specifically tailored for the virtual reality experience. If the content fails to wow consumers, then they won’t pay hundreds of dollars to acquire a VR system, which means VR will die a quick death, just as it did in the 1990s.

So, given all that, what’s on tap for Monday at E3? Microsoft kicks things off at noon (Eastern Time), followed by EA and Ubisoft later in the day. Sony will have its flashy press conference this evening around 8:30pm ET while Nintendo will have theirs tomorrow at noon, which is actually official first day of the conference. Fortune will have people on the ground, so look out for news briefs throughout the day.