Will ‘Halo 5’ be the Master Chief ‘s biggest battle? 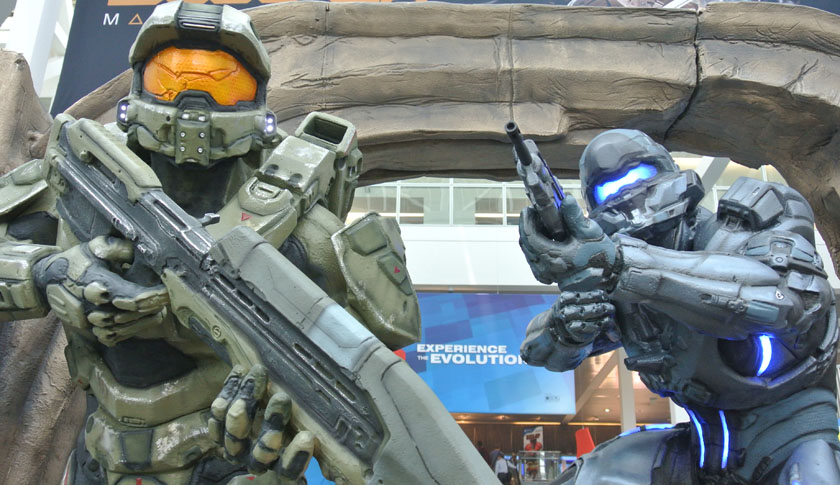 The Master Chief has been in a lot of battles, but as the launch of Halo 5: Guardians draws near, he may be facing one of his biggest yet.

The holiday season is always the most crowded time of the year for video games, but 2015 is especially jam packed. Included among the titles that will be vying for players attentions and dollars are Star Wars: Battlefront, Fallout 4, Call of Duty: Black Ops 3, Assassin’s Creed Syndicate and Rise of the Tomb Raider. And that’s just in the action-adventure genre.

There are also a pair of returning music games (Guitar Hero and Rock Band), a trifecta of toys to life titles (Skylanders SuperChargers, Disney Infinity and LEGO Dimensions), a Nintendo sandbox style game (Mario Maker) and a handful of greatest hits collections (Rare Replay and Uncharted: The Nathan Drake Collection).

On top of that formidable competition, the heart of this Halo installment appears to be a notable shift for the series. (Warning: Spoilers about 2012’s Halo 4 follow.) With the death of Cortana, the Master Chief’s AI companion and de facto conscience in Halo 4, the Spartan is questioning his former beliefs. Ad campaigns have shown him both hunted and declared dead—though don’t expect the Master Chief to actually expire. The game also features a secondary protagonist and an increased focus on cooperative play in the single-player campaign.

“There’s a lot of pressure on [Microsoft] to increase quality and make sure [Halo 5] is a game that moves systems,” says Billy Pidgeon, an independent analyst that focuses on the video game sector.

To be clear, there are few things more certain than a big initial launch for a Halo title in the gaming world—the series has lifetime franchise sales of $3.5 billion. And this year is not likely to be an exception. The larger question is how sales perform in the long run?

That’s a question facing several publishers this year. Major franchises like Halo, Call of Duty and Star Wars rely on more than just that first burst of buyers. They all have long tails, where players purchase additional downloadable content (generally for the multiplayer components of the game), keeping revenue flowing into the publisher for a sustained period. And the battle for multiplayer loyalty is where things could get interesting.

MORE: These are going to be the most popular video games for the holidays

“Other companies have really been pushing the envelope on multiplayer,” says Pidgeon. “People tend to move in packs in their online experiences—and sometimes that cuts out some of the games because people are spending so much time with another title.”

The better news is that the Xbox One’s flagship game will actually ship this holiday period—on Oct. 27. Sony, earlier this year, delayed Uncharted 4: A Thief’s End, its flagship exclusive until 2016. And Nintendo’s long-promised high definition Legend of Zelda game was also pushed out.

In addition, Microsoft (MSFT) has a console exclusive on Rise of the Tomb Raider this holiday.

“It’s a big opportunity,” says Eric Handler, senior equity analyst at MKM Partners. “Halo can be a swing factor—and obviously that’s one of the biggest titles in the industry and for Microsoft their biggest exclusive. This is the point where they have to really make the push if they’re going to gain ground [against the PlayStation 4].”

One side effect of this embarrassment of riches in the gaming world—and publishers’ drive to lure multiplayer audiences—is it could lead to a substantial price war this holiday season. And that competition may go far beyond discounts at retail, says Pidgeon.

“[The competition] may require more aggressive price erosion and decreases by publishers,” he says. “We could also see more free [DLC] add-ons, as opposed to pre-paying for major upgrade packs. Companies have a real incentive to keep people playing their games.”

For more Fortune coverage of Microsoft, watch this video: