Here’s why Electronic Arts is banking on Star Wars 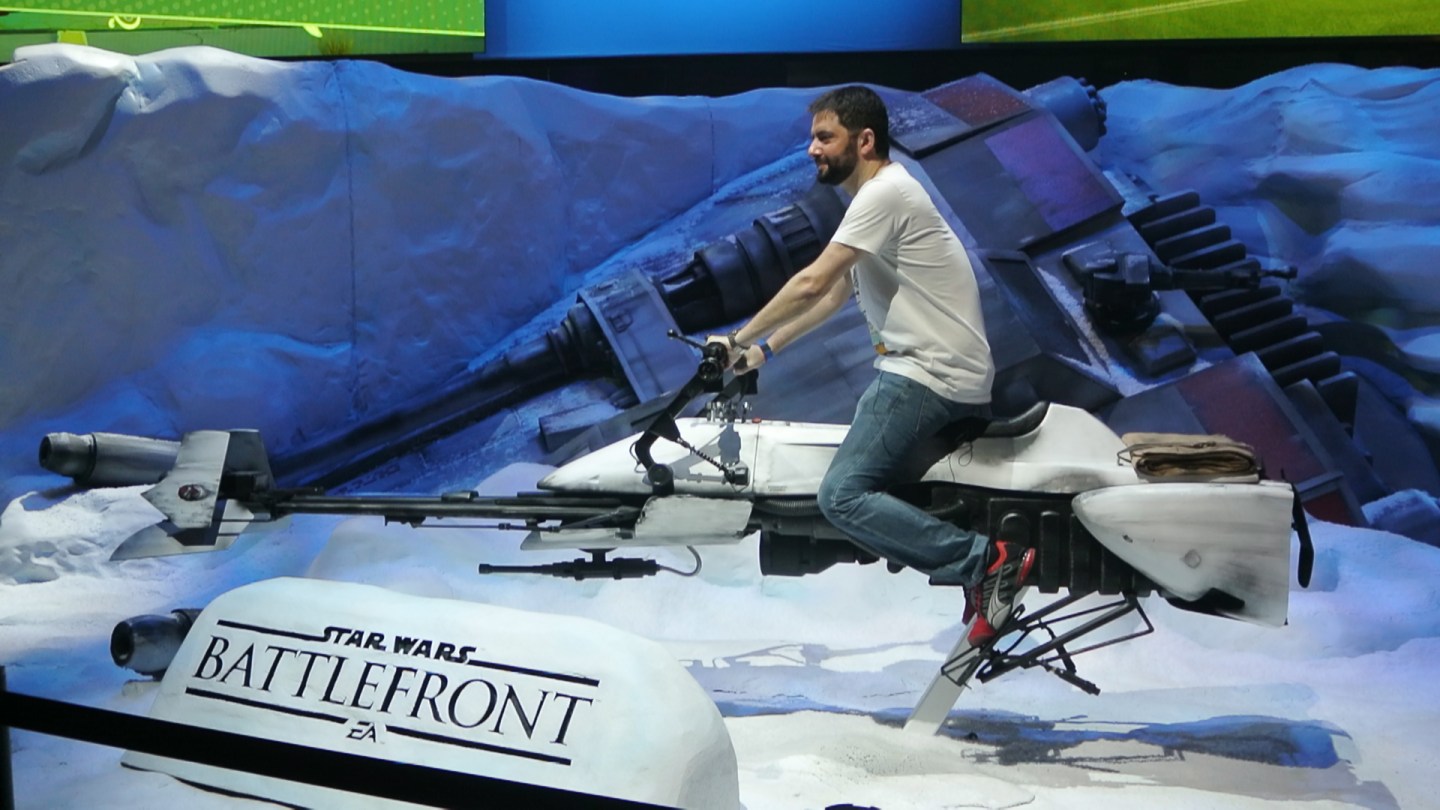 Patrick Söderlund, executive vice president of EA Studios, knew going into E3, the video game industry’s annual trade show, that Star Wars: Battlefront was going to be big. But he wasn’t prepared for anything like this.

The wait to play the game for just a few minutes was more than five hours on Wednesday. Even people in the company’s “VIP” line had to wait 90 minutes. And that bodes very, very well not only for this holiday, but for the years to come.

“I think the hype for it is maybe even bigger than I thought,” he says. “We’re surprised at how well people really seem to appreciate it. I think people really want more Star Wars at this point and I think we have a game that satisfies people’s wants and needs.”

Battlefront is the first game in a 10-year agreement between Electronic Arts and Disney (the company that bought Lucasfilm in 2012). But the franchise is familiar territory for the game maker. EA (EA) has been making Star Wars games since the original films came out.

A select group of EA gamemakers were on set during the shooting of The Force Awakens, says Söderlund—something that’s notable given the level of secrecy surrounding the film. That’s something that will be useful to EA as it doubles down on Star Wars in the years to come.

In the works already is an unannounced game from the company’s Visceral Games studio, the makers of the critically acclaimed action-horror series Dead Space. While EA hasn’t revealed a lot about the game, Söderlund says it would be a mistake to assume it’s just a Star Wars shooter.

The game is being written by Amy Hennig, who nurtured and oversaw the Uncharted series at Sony—a game that’s celebrated for its deep story and crisp dialogue—implying a lot more depth will be part of the title.

Beyond that, EA hasn’t said what it has in mind for the franchise—and Söderlund declined to offer any hints about which studios are working on titles. In fact, while Disney (DIS) has already said it plans to annualize the Star Wars films, he says EA isn’t quite ready to make that same pledge for the games.

“I don’t want to commit to the annualization of anything,” he says. “It needs to be the right game for the right time.”

Still, Star Wars is going to be a critical part of EA’s bottom line in the coming years. The company has already said it expects Battlefront to sell 9-10 million copies—a number analysts say is incredibly conservative (they’re predicting at least twice that amount). And additional income from mobile games and Star Wars: The Old Republic, the 2011 massively multiplayer title that continues to attract a solid audience, will further cushion the partnership’s revenues.

“We’ve invested a lot of money in the franchise,” says Söderlund. “It’s an important strategic bet for us.”