Retailers expecting a good, but not great Christmas season 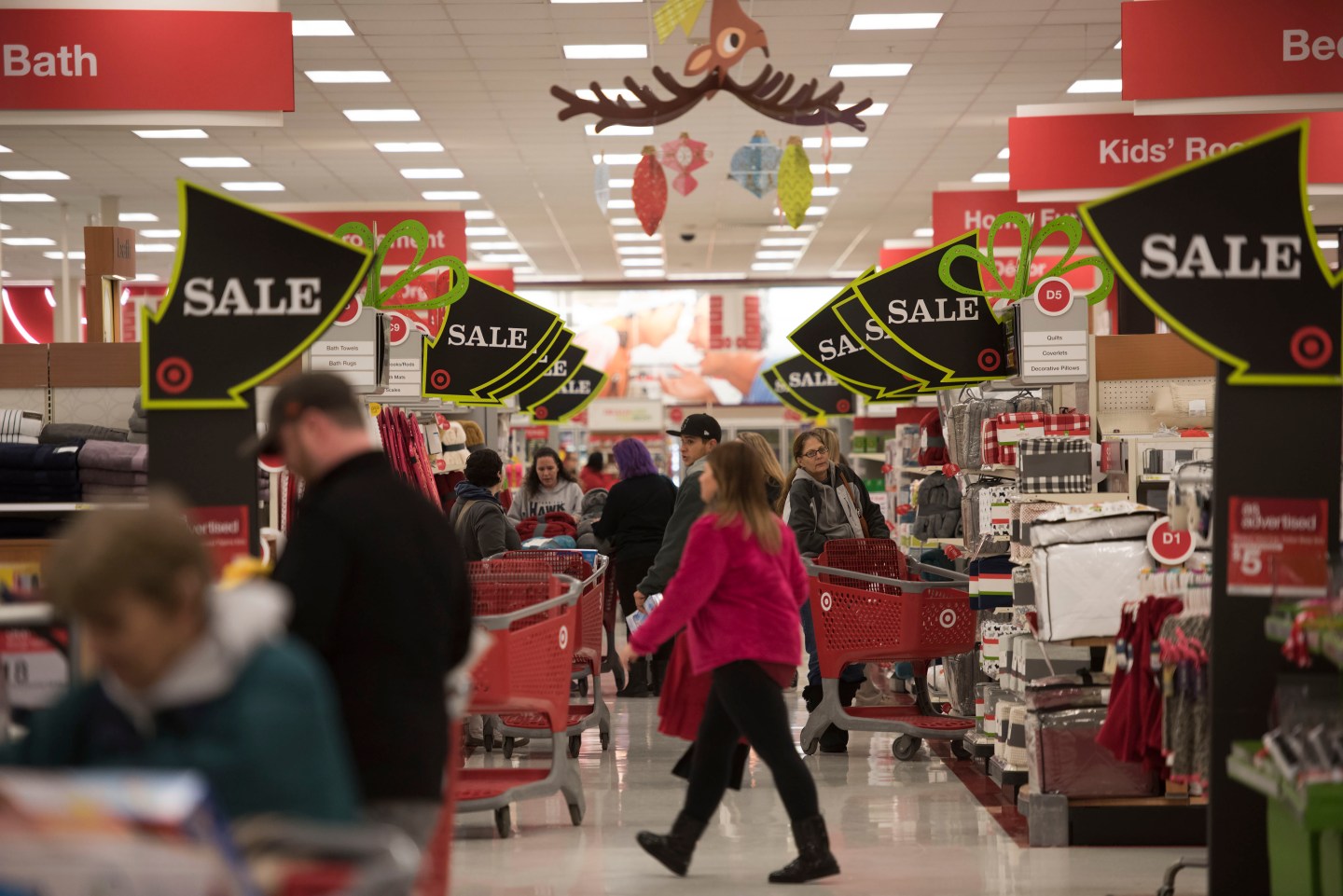 Sale signs hang above shoppers at a Target Corp. store ahead of Black Friday in Mentor, Ohio, U.S., on Thursday, Nov. 27, 2014. An estimated 140 million U.S. shoppers will hit stores and the Web this weekend in search of post-Thanksgiving discounts, kicking off what retailers predict will be the best holiday season in three years. Photographer: Daniel Acker/Bloomberg via Getty Images
Photograph by Daniel Acker — Bloomberg via Getty Images

Despite months of U.S. consumers hesitating to go out and shop, the prognosis for the upcoming holiday season is relatively upbeat.

The National Retail Federation said on Thursday it expects sales in November and December to rise 3.7% to $630.7 billion, giving many retailers hope they may yet pull off a passable if not great year.

The holiday season is crucial for many retailers, making or breaking the year for some chains and generating as much as 30% of sales. But so far 2015 has proven to be a challenging year, with some stores managing to navigate shoppers’ moodiness better than other.

Companies like Macy’s (M) and Kohl’s (KSS) reported weak second-quarter results, raising concerns about shoppers’ mood to spend money. Others, like Target (TGT) have done better, helped by a refreshed assortment and improved e-commerce capabilities. Walmart (WMT) has made it an objective to improve customer service, avoid out-of-stocks and make stores more appealing heading into the season.

But there is already ample evidence it will be a fight. Walmart started its holiday layaway program earlier, and as we saw in July with Amazon.com’s Prime day, retailers are easily lured into price wars, fighting for a finicky shopper.

“Americans remain somewhat torn between their desire and their ability to spend,” said NRF President and CEO Matthew Shay. “The fact remains consumers still have the weight of the economy on their minds” Bottom line: shoppers will go out and spend this year, but will remain cautious, harkening another season of bargain hunting.

And the possibility of a government shutdown in mid-December and the slower rate of job creation we just saw could make it even harder for retailers, Shay added.

The 3.7% growth forecast would represent a slowdown from last year’s 4.1% clip, but above the 2.5% average of the last year.

How retailers fare will depend enormously on who they serve.

PwC said in a report last week that retailers will face two very kinds categories of shoppers: a group it calls “survivalists” who have been passed by by the economic recovery (household income less than $50,000) and are motivated primarily by deals. That group is likely to curb its spending, PwC said, in a forecast that should chill discount chains and mid-tier department stores.

The other group, dubbed by PwC as “selectionists,” will gravitate more to travel, entertainment, and personal electronics.

But any way you slice it, it will be another drag-out fight for consumers’ spending.

“We believe the biggest winners of all this holiday season will likely be the consumer as it is, without a doubt, a buyer’s market,” said Steven Barr, PwC’s U.S. retail & consumer leader.