Walmart U.S. boss admits half of all stores could look better 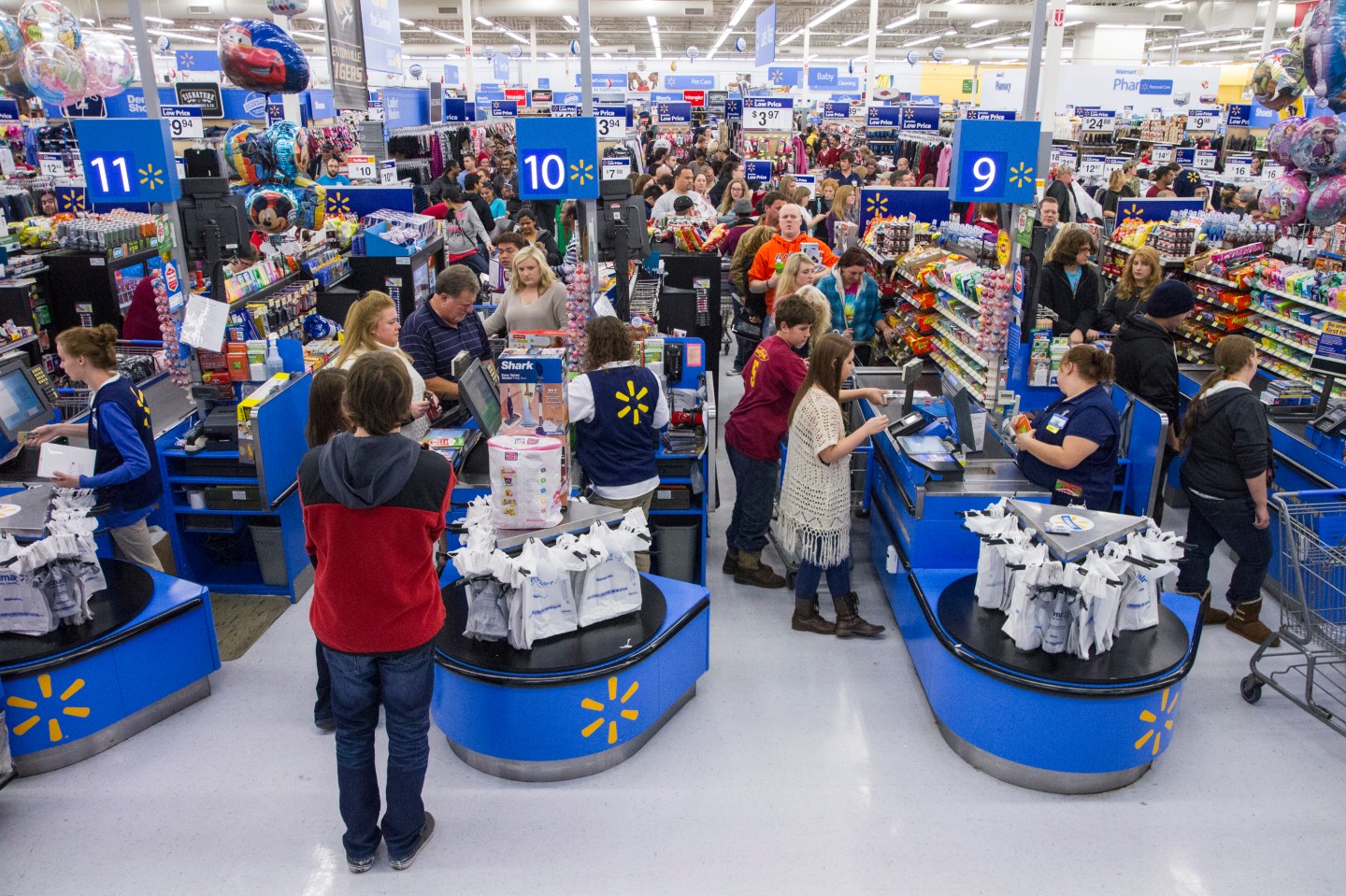 Ever walk into a Walmart store and think, ‘this store has seen better days’? If so, you’re in good company.

Since Greg Foran took the helm of Wal-Mart Stores’ (WMT) U.S. unit last year, the CEO has made it a priority to make his fleet of 4,500 cleaner and more attractive. Frankly, many look a bit worn and less than immaculate.

Walmart has made progress, but Foran, a New Zealander who previously worked in Walmart’s international operations, acknowledged there is still a lot of work to do. After all, Walmart has a gargantuan 680 million square feet of store space to manage across the country.

“If we look at what customers say about our business, about half of them (stores) are where we would want them to be, and the other half need improvement,” Foran said Thursday in response to a question from Fortune at a press conference in Rogers, AR. a day before the world’s largest retailer holds its annual shareholder meeting.

A big part of Foran’s strategy to improve customer service and store appeal is to raise the pay of hundreds of thousands of workers as a way to better motivate them. He’s also added 8,000 regional managers for more local control, given workers more say in how their store is run, and pushed the mantra of “clean, fast, and friendly” service into the minds of Walmart’s 1.2 million U.S. store workers. Under Foran, Walmart has also re-emphasized the 10-foot-rule that requires staff to greet any shopper within that distance of them, a practice first introduced by late founder Sam Walton years ago.

Earlier this week, Walmart announced a number of steps to motivate employees that Foran will need to have on side to make stores nicer places. The goal is to keep a fragile recovery going for the company. Last quarter, slightly more people came into its U.S. stores than a year earlier. Meanwhile, comparable sales rose for the third quarter in a row, albeit modestly.

(For more on how Wal-Mart Stores CEO Doug McMillon plans to reinvent the retailer, please read this Fortune profile.)

Walmart is opening few new super centers these days. Of those, most have wider aisles to make them seem less cluttered and more space for fresh food as part of a broader strategy to improve its selection of produce and meats. Rather, the company is focusing on expanding its lineup of 622 smaller-format Neighborhood Market grocery stores.

At the same time, Walmart is spending heavily to fix up its existing older stores that make up the bulk of the company’s locations. Making them appealing will require more than simply applying paint and mopping the floor. The point is to adapt to the changing ways in which people shop.

For example, more people are expected to order groceries online and pick those orders up in stores. It also includes turning stores into local distribution centers for e-commerce. Doing so is cheaper than building new warehouses. Moreover, it also helps speed up delivery and better positions the company to compete against Amazon (AMZN).

“If you’ve been in business 52 years, you’re going to have some that are old, some that are new and you’ve got to get those remodels right,” said Foran.