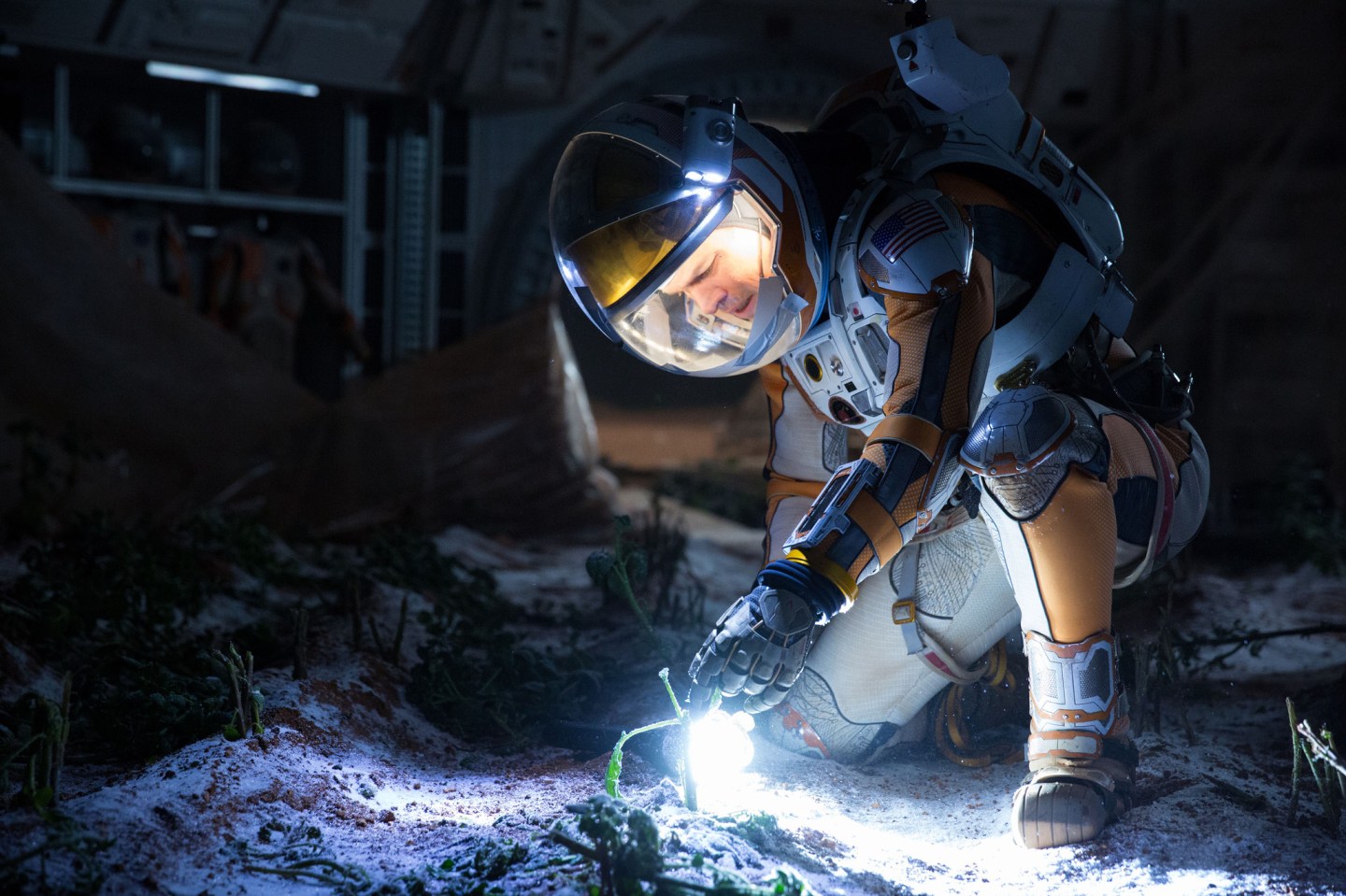 “The Martian” blasted off with a massive $55 million this weekend, nearly surpassing another space-based adventure, “Gravity,” as the highest-grossing October debut in history.

The Ridley Scott release was bolstered by rapturous reviews, with critics calling the picture among the director’s best and heaping praise on Matt Damon’s performance as an astronaut stranded on the Red Planet. It marks the second best launch of Scott’s career, behind only “Hannibal’s” $58 million debut, and the second best premiere for Damon, trailing “The Bourne Ultimatum’s” $69.3 million bow.

“It’s going to hold up really well,” said Phil Contrino, vice president and chief analyst at BoxOffice.com. “It’s got everything. It’s got suspense, action, heart, and humor, and the ending is really satisfying. People will walk out of the theater and talk it up to their friends.”

Going into the weekend, most analysts expected the film would do $45 million worth of business. Its numbers fall just short of “Gravity’s” $55.8 million debut, but there were a number of factors that prevented “The Martian” from toppling that picture. “Gravity” had the benefit of several Imax locations, which were being held exclusively for Sony’s “The Walk,” depriving “The Martian” of some healthy surcharges. Twentieth Century Fox backed the $108 million production and pushed the film out to 3,831 theaters. It got a nice boost in 3D screenings, which accounted for 46% of receipts, while media reports about the possible discovery of water on Mars kept the distant planet front-and-center in people’s minds.

“The Walk” was overshadowed by “The Martian” in its limited release, with the biopic about high-wire artistPhilippe Petit nabbing a disappointing $2 million over its first five days. The studio is trying to build buzz for the picture ahead of its wide release on Oct. 9, adhering to a strategy that Universal recently deployed with “Everest,” albeit with more modest results. “Everest” kicked off to $7 million in Imax and premium format theaters.

“Sicario,” a gritty drug war thriller, fared better. The Lionsgate release expanded from 59 theaters to 2,620 locations, earning a solid $12.1 million in the process.

Among holdovers, last weekend’s champ, “Hotel Transylvania 2,” showed impressive stamina, falling a slender 32% to gross $33 million. The animated sequel has earned $90.5 million after two weeks and should cross the $100 million mark by next weekend.

In limited release, gay rights drama “Freeheld”grossed $40,000 from five locations in New York and Los Angeles, for a per-screen average of $8,000.