What does the future hold for Bloomberg Media? 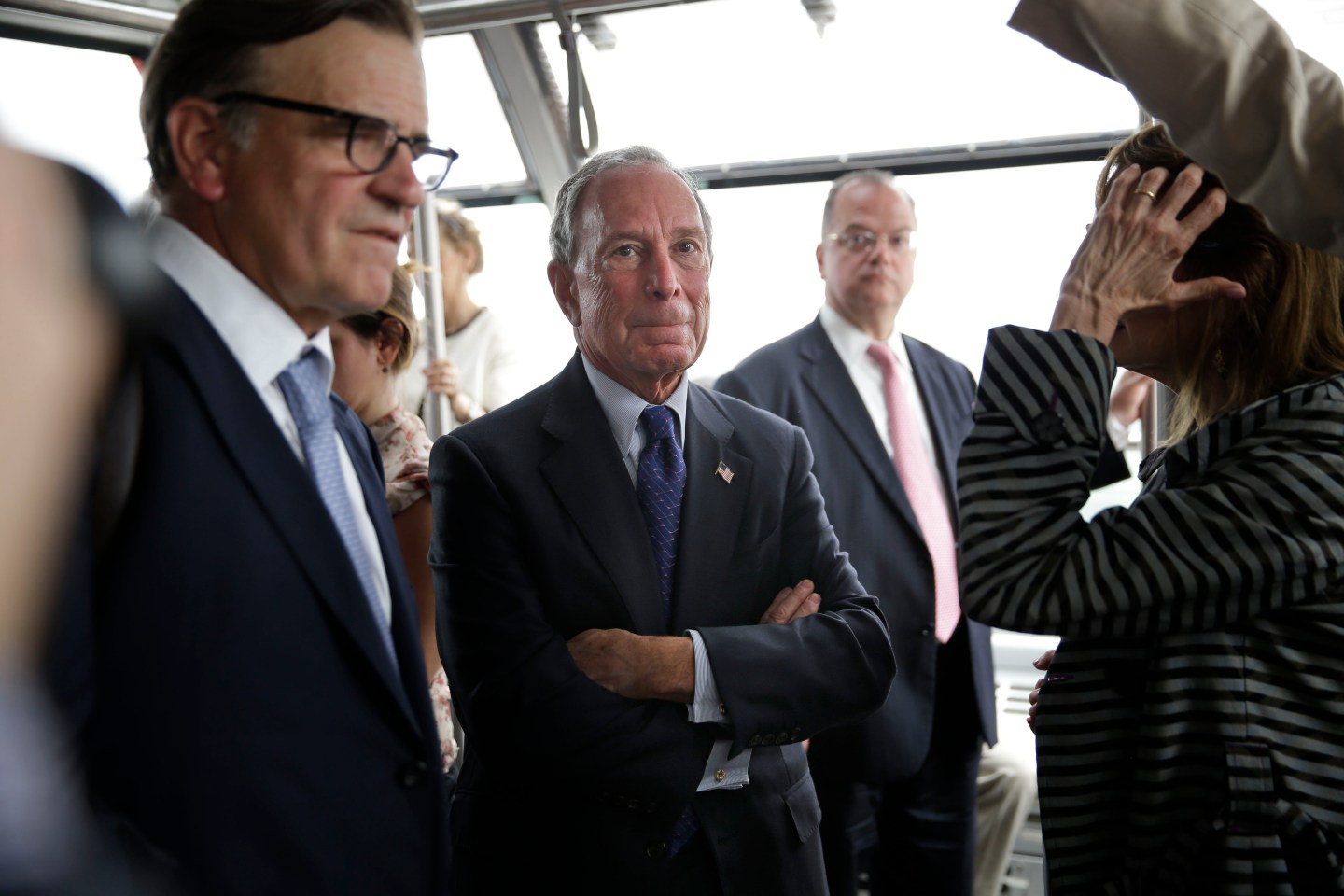 It seemed like such a dream team in many ways. There was Justin Smith, who turned The Atlantic around and made it one of the digital media outlets everyone else looked up to, and a pair of well-respected Joshuas: former Verge editor Josh Topolsky and former Time digital editor Josh Tyrangiel. Just the kind of team you would want to reinvent something like Bloomberg’s media arm — including BusinessWeek, the money-losing magazine it acquired in 2009.

Now, both of the Joshes have departed Bloomberg for (presumably) greener pastures. Topolsky left in July and Tyrangiel just left this week, saying he was prouder than ever of his colleagues and had nothing but admiration and respect for Bloomberg, both the institution and the man. Both Joshes made it clear that they left of their own volition, but there was more than a hint of a helping hand — or hands — in their abrupt departures.

Those hands belong to the two men who co-founded Bloomberg and continue to run it, with a tighter grip than they have had in a long time: Namely, the firm’s eponymous founder, Michael Bloomberg and his less well-known business partner, Tom Secunda—a man whose nickname is “Mr. Terminal,” for his tireless devotion to the expensive data machines that are the company’s bread and butter. They may not have actually done the deed, but they definitely pulled the strings, either directly or through editor-in-chief John Micklethwait.

For a time, the Bloomberg Media strategy seemed to be humming along smoothly, with Justin Smith at the helm and the two Joshes working on various aspects of the strategy. Tyrangiel had graduated from just running the magazine to being Smith’s second-in-command, running all aspects of consumer media, while Topolsky was shepherding the ambitious redesign and focus of the website. And then the previously unthinkable happened: Michael Bloomberg decided he wanted to come back and actually run his own company.

At first, Bloomberg had said that he had no plans to return to active management of the firm when he finished his term as mayor of New York. But at some point he changed his mind, and when he returned to the building he took up running the company as though he had never left. And one of the things on his mind—in part because Tom Secunda put it there—was the entity known as Bloomberg Media.

From the outside, the media strategy that Justin Smith was pursuing looked promising: Redesign the stodgy website, make it more appealing to the non-Bloomberg faithful, build up Bloomberg View with its high-profile columnists, inject more energy into the magazine, start some TV shows, and so on. Mike Bloomberg’s response to all of this, however, was something along the lines of: “Why are we running a separate media company inside of our existing media company?”

Topolsky, as the brains behind the redesign of the website, was in jeopardy almost immediately, insiders say. According to the New York Times, at a meeting of senior executives, Bloomberg asked why the company even needed to have a public-facing website at all, and Topolsky responded sarcastically, as though this was the dumbest thing he had ever heard. Not the kind of thing that goes over well with Bloomberg, as it turns out.

Tyrangiel, meanwhile, is widely seen as a genius who managed to rescue BusinessWeek from almost certain oblivion. And a year ago, he was given responsibility for all consumer-facing media content at the company, including TV — but that was just a few months before Micklethwait arrived and started to assert control, with Bloomberg’s approval. And now Tyrangiel is now gone as well, and the future of the magazine is very much up in the air. And so is the future of Justin Smith, who appears to have lost a turf war with Micklethwait, and is now seen by many as a man headed for the exit.

Bloomberg disputes the perception that Smith is on his way out, however. A spokesman said that “Justin Smith is very happy at Bloomberg and his strong results speak for themselves. He is making no plans to leave. Any suggestion to the contrary is false. He and Mike have a great working relationship.”

All of this turmoil raises the obvious question: What should Bloomberg’s media strategy be? Does it even need a public-facing website at all? And if it does have one, why isn’t it behind a hard paywall, like the Financial Times or the Economist? Is reading news on the Bloomberg site really going to convince anyone to shell out the $21,000 per year for one of the company’s dedicated terminals? That seems unlikely at best. But why pour resources into money-losing efforts like TV and the web if there’s no tangible payoff?

Reuters went through a similar kind of soul-searching in 2013, after it was deep in the throes of a multimillion-dollar project to redesign and relaunch its website. New CEO Andrew Rashbass killed the project, and half a dozen editors and executives who were hired to build and run it quickly left.

If your main business consists of selling valuable financial information to paying users of your service or terminal, then what is the purpose of having a public website or a free magazine, or TV shows? Marketing? Public relations? Lead generation? Vanity?

Part of the challenge facing Bloomberg — as with many of its more traditional media competitors — is that its existing business model is so successful. It makes billions of dollars selling data terminals, and protecting that core business makes a huge amount of sense. But growth is slowing, and competitors who have a more open and web-based model are nipping at the company’s heels. Some even see Twitter as potential competition, since much of what traders love about their terminals revolves around the internal messaging service Bloomberg pioneered.

But for now at least, Bloomberg is still a massive money-spinning machine, and its co-founders have made it clear that they want to focus the company’s energies where they can do the most good for the bottom line and for its core users. It’s not clear what Bloomberg Media brings to that particular table. What is clear is that Bloomberg and Secunda are rethinking some or all of what makes up that particular part of the business, and what if anything they should be doing with it. And that likely means more turmoil to come.